As much is the glamour and glitz the part of the Tinseltown, so are relationships, affairs, marriages and divorces. You never know who will date who and which marital couple will get divorced when. However, every experience teaches us something and only by learning by our lessons, do we grow, especially in our personal lives. And it seems like yesteryear Bollywood actress, Karisma Kapoor and ex-husband, Sunjay Kapur, learnt their lesson long ago that it's better to part ways than to remain in an unhealthy marital setup. (Also Read: Radhika Merchant's Pictures Partying With Friends Will Remind You Of Your Hangouts With Your Gang)

Karisma Kapoor and Sunjay Kapur got married in 2003 and got divorced in 2016. They have two children- Samiera Kapoor and Kiaan Raj Kapoor. After their divorce, Sunjay Kapur got married to Priya Sachdev Kapur. In fact, before Sunjay, Priya was earlier married to a hotelier, Vikram Chatwal and they parted ways in 2011. Priya and Vikram have a daughter named Safira Chatwal. Reportedly, Karisma Kapoor was earlier dating businessman, Sandeep Toshniwal but even that relationship didn't wok out. Priya Sachdev Kapur and Sunjay Kapur were blessed with their first baby- a baby boy whom they lovingly named, Azarias Kapur. Azarias was born last year on December 21, 2018, and today, on May 21, 2019, Azarias completed 5 months on this planet Earth. The doting mommy, Priya Sachdev Kapur wished her adorable munchkin by sharing the following picture on Instagram and writing, "Happy 5 months Birthday our baby boy #ASK #Azarias Already setting your goals high holding the #Harvardball." Take a look at the caption and the pic, baby Azarias is holding a Harvard Ball, and is definitely giving other celeb babies a tough run by setting his goals high: 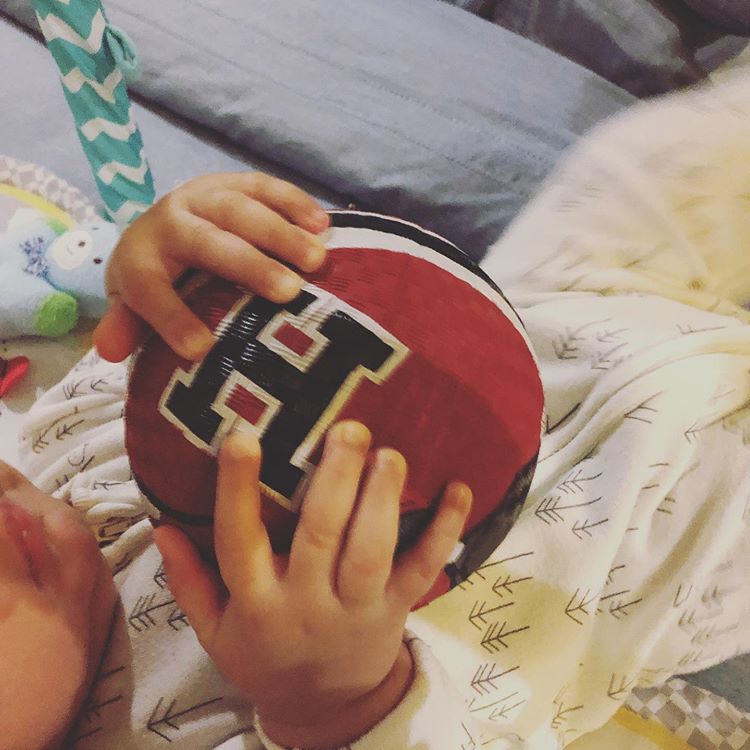 Priya and Sunjay had met on a flight for the first time, and after their first meeting, they dated for almost 5 years before taking the nuptial plunge in April 2017. Priya had once shared to a media house, “During the flight, we realised that neither of us was what our public perception had been made out to be. The barrier of those misconceptions came down and we kept in touch”. Speaking reverently of her hubby, Priya had further added, “Sunjay is an amazing human being and a very good father to his children. He loves them dearly. Both of us have never tried to instil any negativity in our children towards our ex-spouses." Priya Sachdev Kapur is quite active on Instagram and regularly updates her fans with family pictures, For instance, recently on April 13, 2019, Priya Sachdev Kapur and Sunjay Kapur celebrated their second wedding anniversary, and the doting wifey had wished her hubby by sharing the following pics and captioning those as, "Happy Anniversary My Love, My Handsome Husband. Love you from the moon and back falls short for the Love. I have for you. You complete me as a woman in every possible way, you make me feel beautiful every moment, you make me feel special every day through your love and respect for me... you are #TheLoveofmyLife. Thank you for our precious little angel #Azarias, Thank you for your Love #J #PS.ILU."

Priya Sachdev Kapur also shares a friendly bond with her husband's kids from his first wife, Karisma Kapoor. For example, on Kiaan Raj Kapoor's birthday on March 12, 2019, Priya had shared the following pictures on Instagram and had captioned the photos as, "Happy Birthday  Kiaan You are the apple of our eye...We love you loads wishing you a beautiful birthday May God bless you always and forever!" 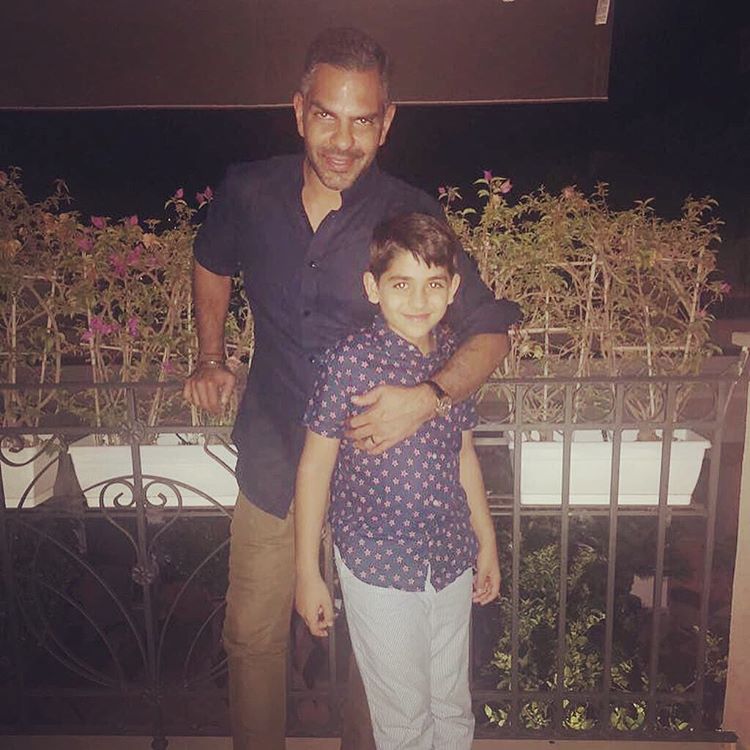 Similarly, on February 14, 2019, Priya Sachdev Kapur had shared a post wishing the loves of her life- Azarias, Sunjay and Safira Chatwal. She had captioned the pictures as, “Happy Valentines Day to Loves of my Life...love you all unconditionally #youaremyworld #myvalentines."

Priya Sachdev Kapur is also a fitness freak, and do you know that she was into yoga immediately after Azarias' delivery? In fact, on April 07, 2019, Priya had shared the following video and had captioned it as, "Happy World Health Day! My yoga practice in the third month post my delivery ... I started my yoga practice 6 weeks post delivery ... I worked on my mind first to fight all mental blocks, I then started with a light yoga practice and meditation. I bounced back into shape within 3 weeks. I then worked on my fitness flexibility, and strength... the goal was to be a healthy mother both in my body & mind! I love a healthy life, respect your body...Today Wealth is all about Good Health! Meditate - for a healthy mind Exercise - for a healthy Body Yoga - for a healthy spine Eat healthily - organic foods (a balanced diet ) Drink Healthy - minimum 2 litres of water a day Be Thankful - Be appreciative of the love you have in your life The Most important fact for a living a healthy life ‘ LOVE YOURSELF’ 1st! #worldhealthday #worldhealthday2019 #happyworldhealthday."

Priya Sachdev Kapur and Sunjay Kapur, we love your 5-month-old little cotton ball, Azarias. We hope you post more of his pictures online!