Mothers are God’s way of telling you that you are one of the most blessed souls, who has an angel to guide you throughout your life. From the moment a woman conceives, she makes sure to be extra conscious for the most crucial nine months of her life. She eagerly waits for the day when she can finally hold her child in her arms for the first time. A mother can go to any extent for the sake of her child and stands like a pillar for him/her. It is the mother who makes sure to stand by her child when the entire world turns their back. (Also Read: Mira Rajput Kapoor's Childhood Picture Proves That Her Mini-Me, Misha Kapoor Is Her Carbon Copy)

Priya Ahuja Rajda, who is famous as Rita Reporter in the serial, Taarak Mehta Ka Ooltah Chashmah shared her pregnancy news in August 2019. Priya married Malav Rajda, the director of Taarak Mehta Ka Ooltah Chashmah and the two are counting days when they would finally hold their tiny one in their arms. Priya has been posting cute pictures of herself flaunting her baby bump and is on cloud nine with excitement to soon join the mommy brigade. 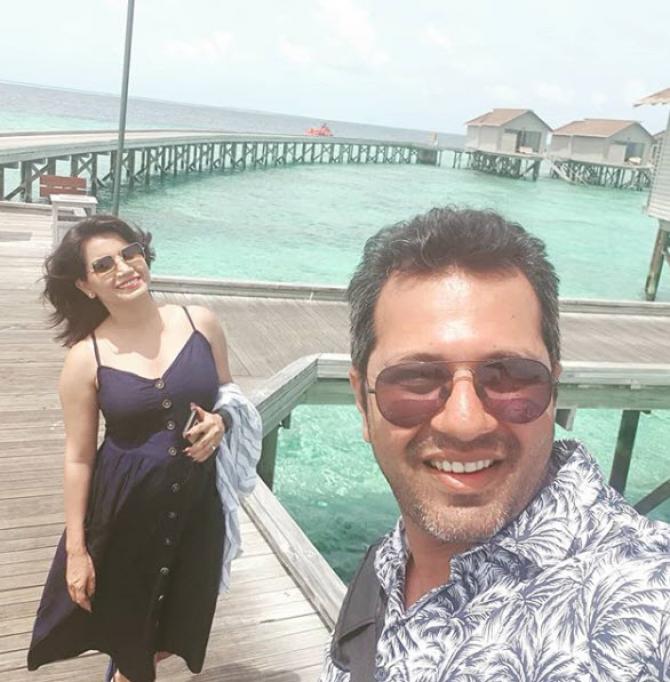 On November 2, 2019, Priya took to her Instagram handle and shared some beautiful pictures from her maternity shoot. Priya looked beautiful with a visible pregnancy glow as she donned a royal blue gown and flaunted her baby bump. Priya’s husband, Malav Rajda also complemented her in a white shirt and blue denim jeans. The two looked adorable while posing with each other. Priya captioned the pictures as “No pregnancy blues.. only a pretty blue dress”.

On August 24, 2019, Priya Ahuja Rajda and her husband, Malav Rajda had announced the news of expecting their first child together and the couple was all excited while sharing the news with their fans. The mommy-to-be had taken to her Instagram handle and shared the news. Priya had posted pictures of herself along with her husband, Malav wherein she could be seen holding tiny shoes in her hands. The caption could be read as “Ten little fingers, ten little toes...With love and grace, our family grows... Couldn't be a better day than today to announce this...Happy Janmashtami.” Take a look at the adorable picture: (Also Read: Esha Deol Receives The Most Priceless Gifts From Parents, Hema Malini And Dharmendra On Her Birthday) 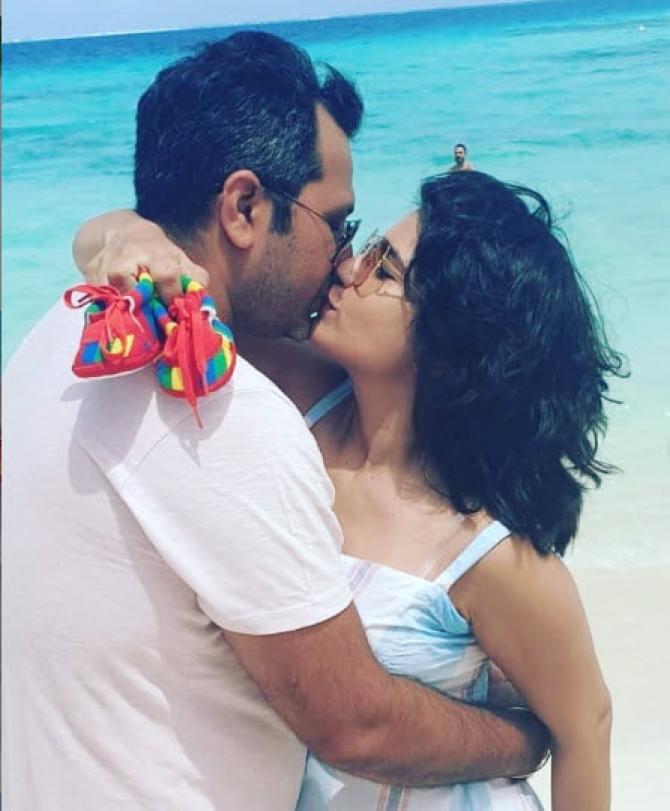 On October 17, 2019, elated mommy-to-be, Priya Ahuja Rajda had taken to her Instagram handle and had shared lovely pictures from her baby shower and birthday party. Priya had looked gorgeous in a maroon-colored dress and was glowing in her pregnancy glow while the daddy-to-be had looked dapper in his casual best in a pink-colored shirt and white trousers. Priya had captioned the pictures as “Lovely day...Babyshower cum birthday party with my favorite ppl #babyshower.” Priya’s husband, Malav Rajda had also shared the same pictures and had written, “A lovely bday n baby shower for my love @priyaahujarajda. thank you all for making it so special.” 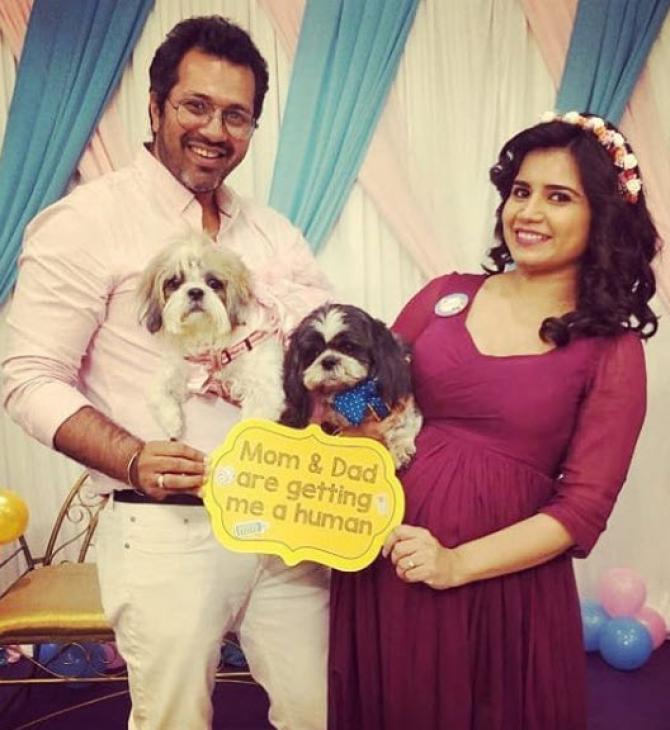 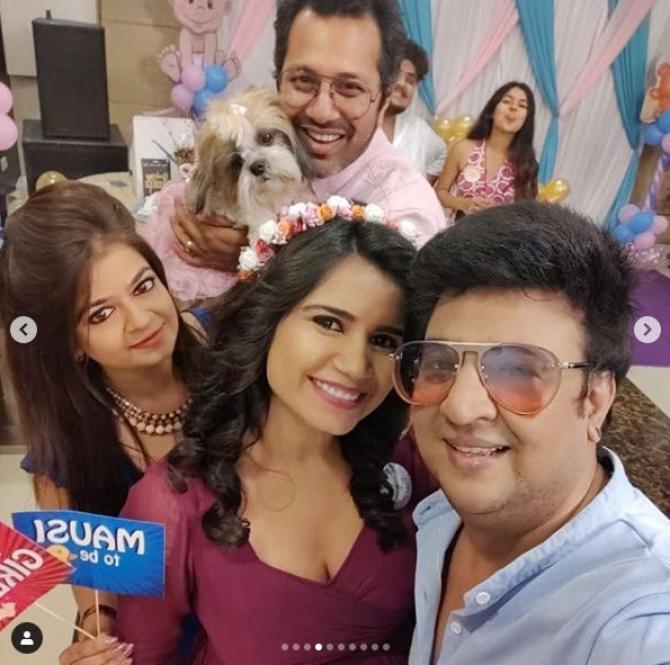 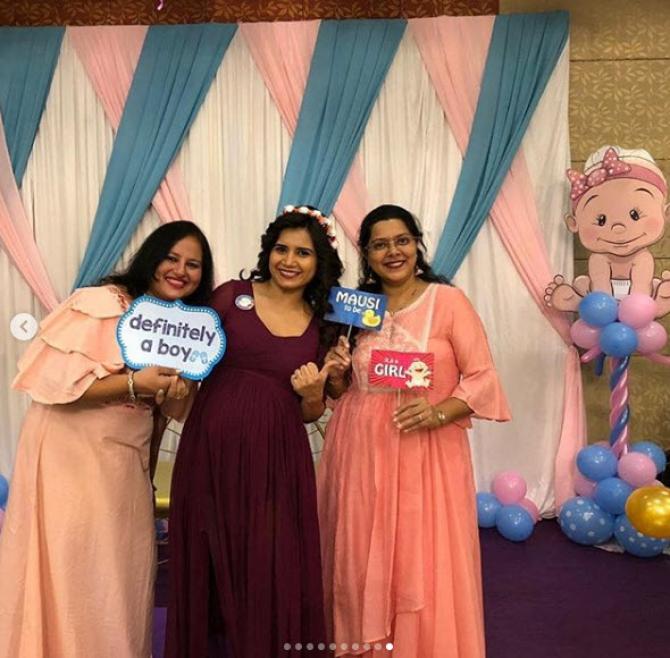 Priya and Malav had met on the sets of Taarak Mehta Ka Ooltah Chashmah where Malav was the creative head of the show and Priya played the role of Rita reporter. They fell in love and decided to take their relationship to the next level and had tied the knot on November 19, 2011. The much-in-love couple, who are soon going to celebrate their 8th wedding anniversary have often been sharing lovely pictures of each other on their respective social media handles. Sometime back, the couple had enjoyed their babymoon in Maldives. Priya could be seen flaunting her baby bump and was twinning with her husband throughout their vacation. Take a look: (Also Read: Janhvi Kapoor's Birthday Wish For Her Cousin, Shanaya Kapoor Is Filled With Sweet Memories And Love) 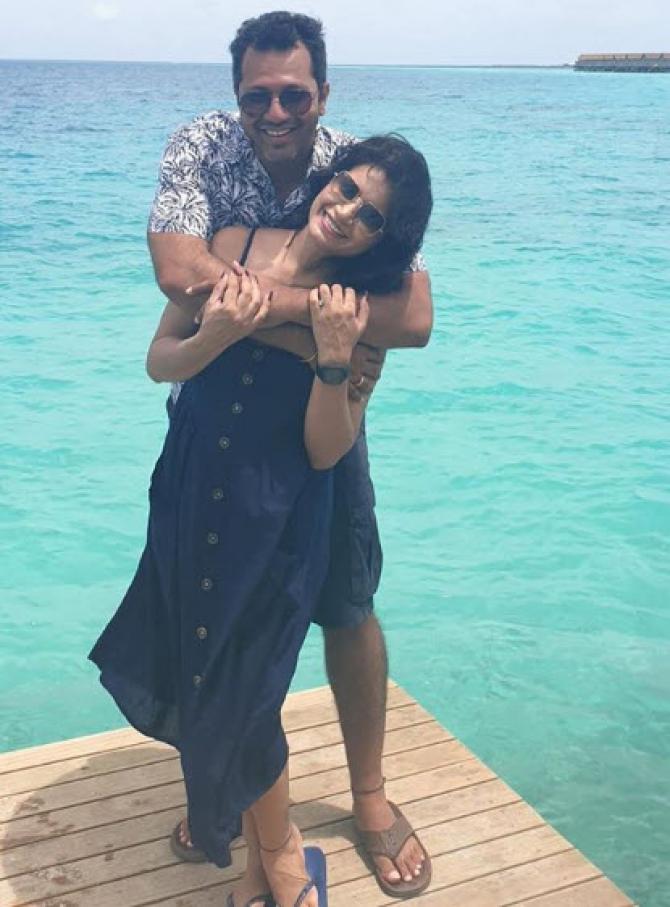 Isn't Priya looking adorable with that pregnancy glow? What do you think? Keep us posted. Sonam Kapoor Ahuja, daughter of Anil Kapoor and Sunita Kapoor, has been a style icon since her debut and she isn't the one, who mince her words in giving her opinions. From being an ingénue in debut film, Saawariya to winning the National Film Award for Neerja, Sonam has come