The bond that a child and the mother share is of complete bliss and the news of pregnancy is what makes the family go gaga. Scroll down to find out who the newest addition to the brigade is. Motherhood is the purest bliss a woman can ever ask for and nothing brings more peace and joy than holding your tiny tot in your hands for the first time. The wait of 9 months seems to be a lot until the moment you hold your little bundle of joy in your hands. The feeling of utmost happiness and joy seep through you, the moment you see the face of your little cuddle.

Only 8 months to 2019 and we have seen a lot of happy news about celebs being blessed with little munchkins or sharing the news of their pregnancy. Celebs have managed to find different and unique ways to announce the news of their pregnancy. The newest addition to the soon-to-be-mommy brigade is Priya Ahuja Rajda. (Do Read: Dipika Kakar Is Bowled Over By Hubby, Shoaib Ibrahim's Heartfelt Gesture After Her Day At Work) 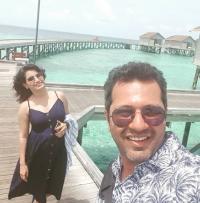 Priya Ahuja Rajda, who is famous for her role of Rita reporter, is soon going to join the newbie mommies brigade. On the occasion of Janmashtami, the Taarak Mehta Ka Ooltah Chashmah actress, Priya Ahuja Rajda had shared the good news with all her fans. The mommy-to-be had taken to her Instagram handle and shared the news. Priya had posted pictures of herself along with her Husband, Malav Rajda and Priya can be seen holding tiny shoes in her hands. The caption can be read as, “Ten little fingers, ten little toes..With love and grace, our family grows.. Cudnt be a better day than today to announce this...Happy Janmashtami”. Take a look at the adorable pictures: 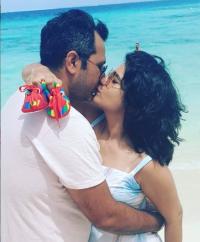 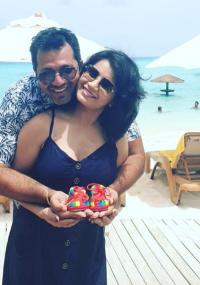 Priya is married to the director of Taarak Mehta Ka Ooltah Chashmah, Malav Rajda. The couple is enjoying their babymoon in Maldives wherein Priya could be seen flaunting her baby bump. The two are slaying the twinning game in the pictures. Have a look at the pictures from their vacation: 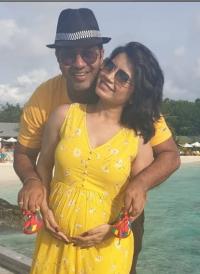 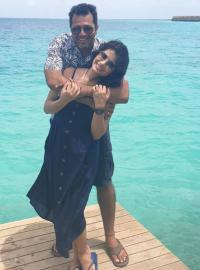 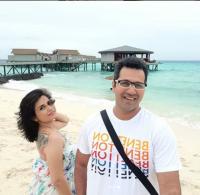 Priya and Malav had met on the sets of the show, where Malav is the creative director and Priya plays the role of Rita reporter. The two had fallen in love and decided to tie the knot on November 19, 2011. The much-in-love couple is often seen sharing their lovey-dovey pictures on their social media handles from their outings and vacations. Scroll down to take a look at the adorable pictures: (Must Read: Urvashi Dholakia Opens Up About Working With Ex-Beau, Anuj Sachdeva Post Elimination From The Show) 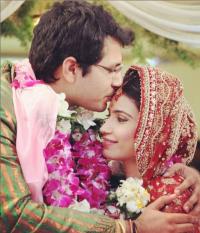 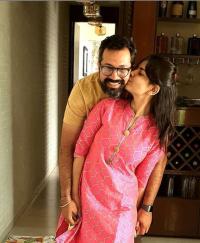 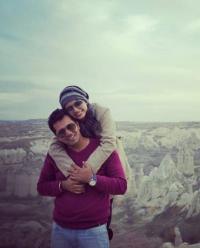 Priya, who portrays the role of a girl-next-door reporter, Rita on the show, is a hottie in real life. Mostly seen wearing simple salwar-suit, the actress’s Instagram handle is flooded with her pictures, where is looks her stylish best. The actress loves to flaunt her tonned figure in the pictures. Priya loves to travel and the same can be seen through her Instagram pictures. Not only she loves to travel but also loves to post the pictures from her vacation on her social media account. 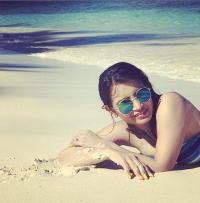 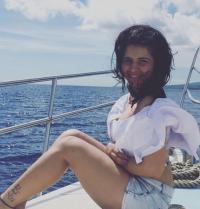 Though Priya’s role of a reporter is not seen much on the show and that is the reason she switches in and out of the show, however, she loves spending time with her friends from the show. She has been spotted quite a few times with her co-stars and the actress had shared the pictures of their outings on her Instagram handle. On the work front, Priya was also seen in shows like Savdhan India and Haunted Nights. 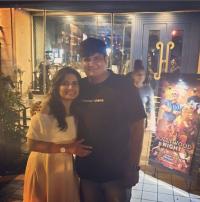 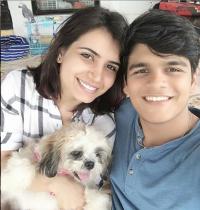 Earlier, Disha Vakani, who was seen playing the lead role, Dayaben in Taarak Mehta Ka Ooltah Chashmah, had also embraced motherhood. On November 24, 2015, Disha had tied the knot with a Charted Accountant named Mayur Pandya in an intimate ceremony. Disha being a private person kept her pregnancy a secret just like her wedding. Disha was blessed with a baby girl on November 30, 2017, and named her Stuti Pandya. (Recommended Read: Late Arun Jaitley’s Actress-Niece, Ridhi Dogra Mourns His Death, Pens An Emotional Note For Him)

Such an adorable picture of the parents-to-be! We wish them heartiest congratulations.