Prithvi Akash Ambani and his mother, Shloka Mehta's many mood pictures are going viral on social media platforms. Check it out!

Every Ambani family member's ankhon ka tara, Prithvi Akash Ambani is not only ruling his family's hearts but also won our hearts with his various moody pictures and cute gestures. Prithvi Akash Ambani, son of Akash Ambani and Shloka Mehta has already become an internet sensation. For the unversed, on March 9, 2019, Akash and Shloka had tied the knot, and on December 10, 2020, the couple had embraced parenthood with the arrival of their son.

A while back, we had stumbled upon a picture of a card that was sent by the Ambanis to announce the arrival of Akash Ambani and Shloka Mehta's first child, Prithvi. In the photo, we could see a beautiful jungle-themed card with 'Nita and Mukesh' written on its cover. There was a sweet box with assorted delicacies and a silver coin with a picture of Lord Krishna engraved on it. The other picture had shown the backside of the silver coin, and the words that were engraved on the coin could be read as: 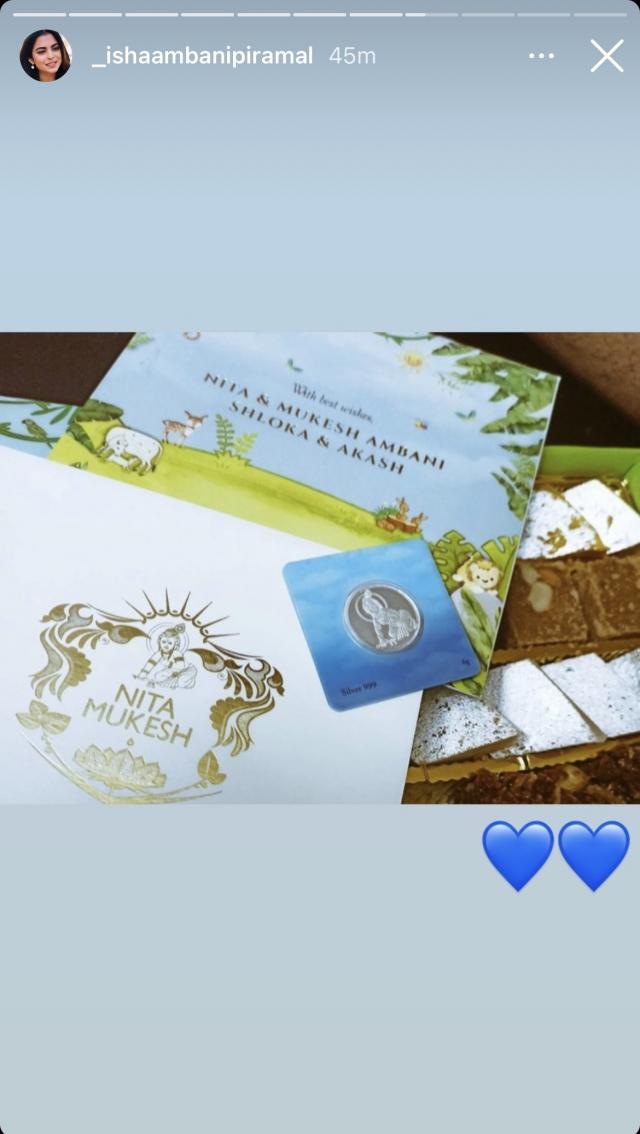 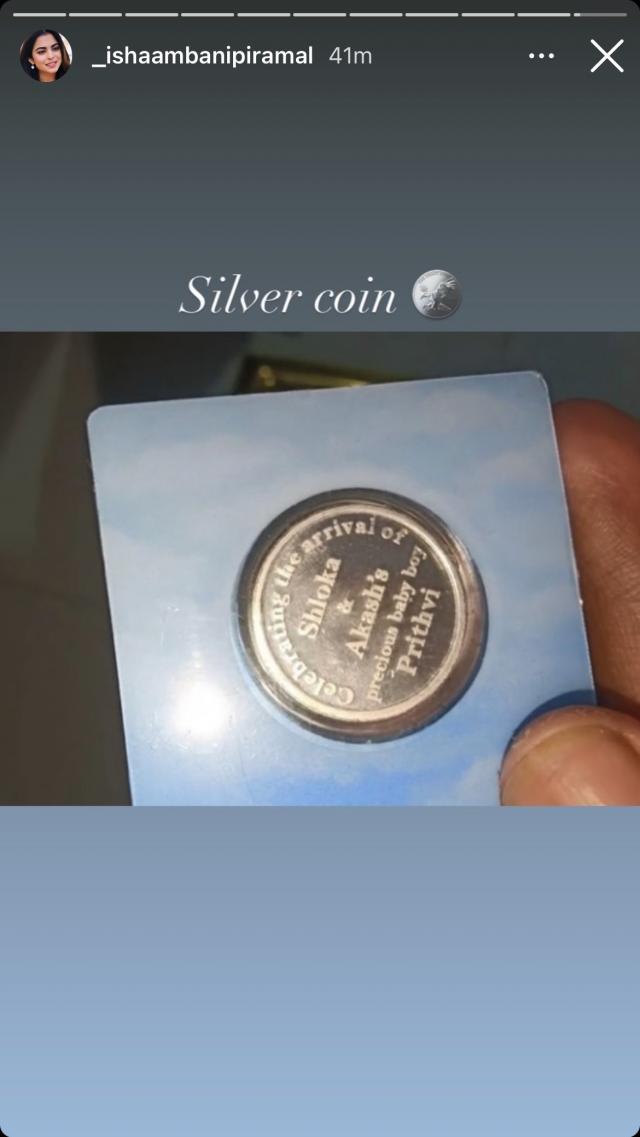 Ambani family's laadla, Prithvi Akash Ambani is his mother, Shloka Mehta's world. A few moments back, we found a series of unseen pictures of Shloka and her son, Prithvi showcasing their many moods. In one picture, Shloka can be seen looking at her munchkin while the little one was busy eating something. The Ambani bahu looked gorgeous in a white dress. In another picture, the mommy-son duo looked adorable as they snuggled up for a photo. 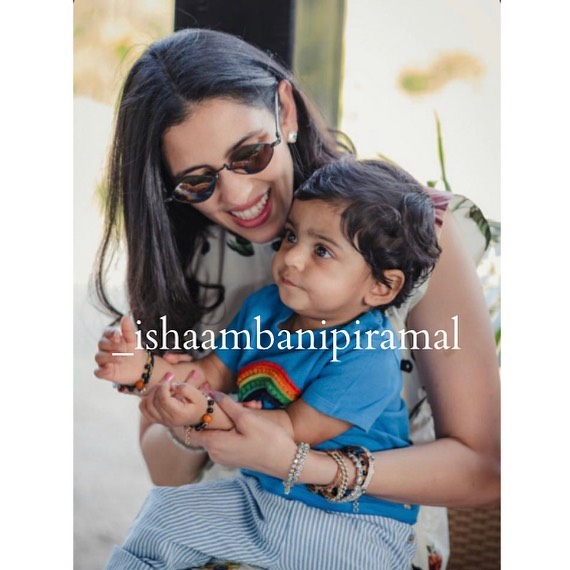 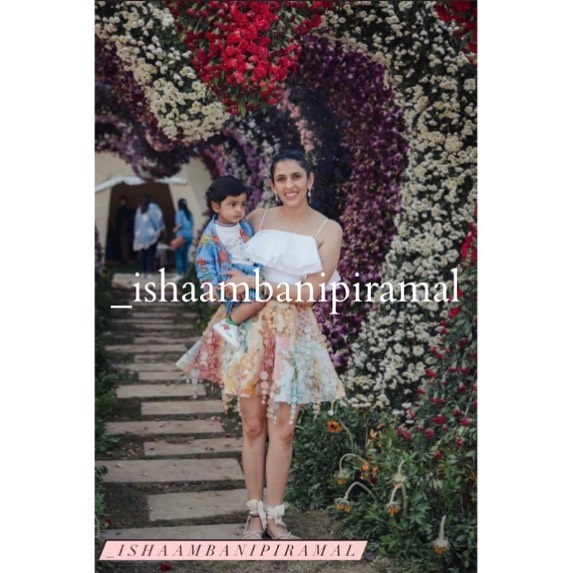 Another snapshot showed the doting mommy feeding her baby boy. This picture was from Prithvi's one-year birthday bash, wherein Shloka looked pretty in a white and floral printed outfit while Prithvi looked dapper in a blue animal printed jumper suit. In one of the pictures, Shloka carried Prithvi in her arms. While the loving mommy gave a million-dollar smile, little Prithvi had a rather irritated face!

Read This: Fans Call New Mom, Bharti Singh A 'Superhero' For Working Till A Day Before Giving Birth, See Video 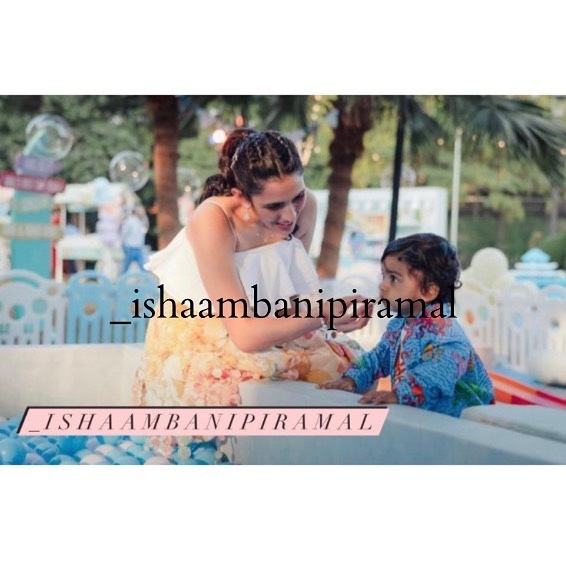 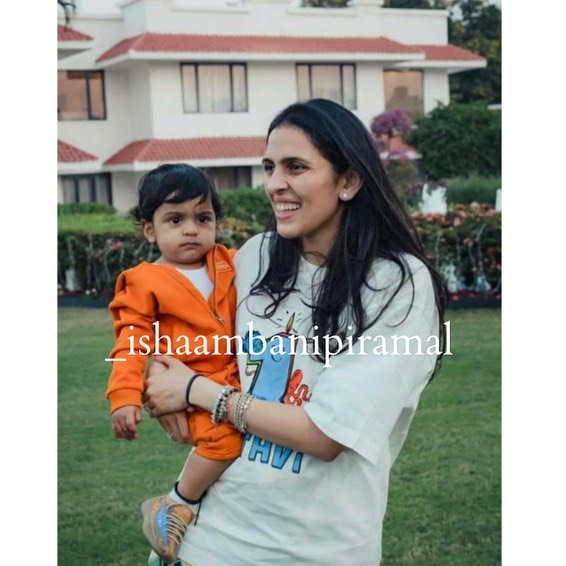 This mommy-son duo's pictures stole our hearts. What about yours?