Sunny Leone shared a joyful video with her husband, Daniel Weber, recreating one of the famous scenes from the movie, 'Kuch Kuch Hota Hai', which is unmissable. Check out!

The model-turned-actress, Sunny Leone has been ruling millions of hearts ever since she had stepped into Bollywood with songs like Baby Doll, Pink Lips and many others. She has always been open about her personal life and rising from a dark past to finally make a name for herself, Sunny's story is inspirational for her fans. For the unversed, Sunny had tied the knot with the man of her dreams, Daniel Weber, on January 20, 2011. Later they had adopted a baby girl in July 2017 and had lovingly named her Nisha Kaur Weber. The couple had also welcomed their twin boys, Asher Singh Weber and Noah Singh Weber, in the year 2018 through surrogacy.

Since then, the glamorous actress, Sunny Leone has been living her life on her terms. She is often spotted chilling with her adorable kids, Nisha, Asher and Noah and her darling husband, Daniel Weber, leaving her fans in awe. On April 10, 2019, the couple had completed eight blissful years of a happily married life, and to make their day more special, Sunny and Daniel's daughter, Nisha Kaur Weber, had baked them a cake. Taking to her IG handle, Sunny had shared a couple of pictures from the celebration, and had written:

“Happy Anniversary @dirrty99 you are the best part of my life, my best friend and the best father to our children! the greatest part is that our daughter made us our cake.”

Recommend Read: Niharika Konidela's Father, Naga Babu On Her Detainment By Police, Says 'She Has Done Nothing Wrong' 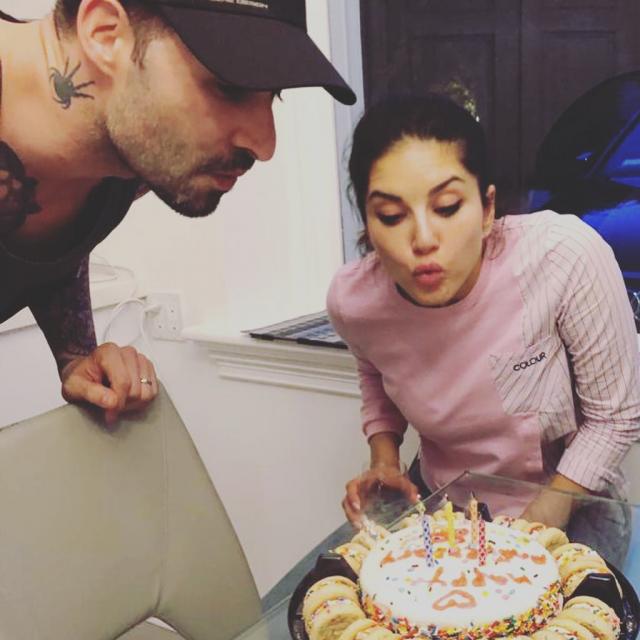 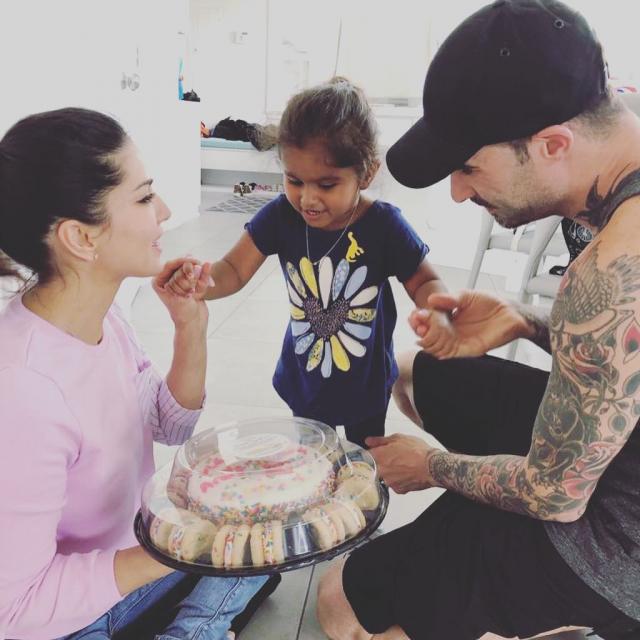 A few moments back, Sunny Leone took to her IG handle and shared a cutesy video with her husband, Daniel Weber. In the Video, we can see Sunny and Daniel were playing basketball while being involved in a joyful, romantic moment with each other. She was looking drop-dead gorgeous, stunning in a beautiful red coloured saree paired with a sleeveless blouse. She kept her tresses open and opted for flats to team up her saree look. On the other hand, Daniel looked dapper in a black coloured T-shirt paired with matching shorts and a pair of sunglasses. Along with the video, she added the song, Yeh Ladka Hai Deewana from the film, Kuch Kuch Hota Hai, and the duo looked super adorable in recreating one of the famous scenes from the movie. Check out the Video:

Earlier, in an interview with the official Humans of Bombay, Sunny had talked about how love had brewed between her and Daniel. She had revealed:

“We met through Daniel’s band mate at a club in Vegas. He says it was love at 1st sight, not for me though, because all we did was make small talk–there weren’t any floating hearts or violins. But somehow he got my number & email ID. What I liked is that he didn’t call me, but emailed me instead–that’s how we began talking. Coincidentally, I was going to NY, where he lived when he emailed me saying, ‘You’re never going to give me your number, are you?’ Which is when I gave in & he asked me out.” 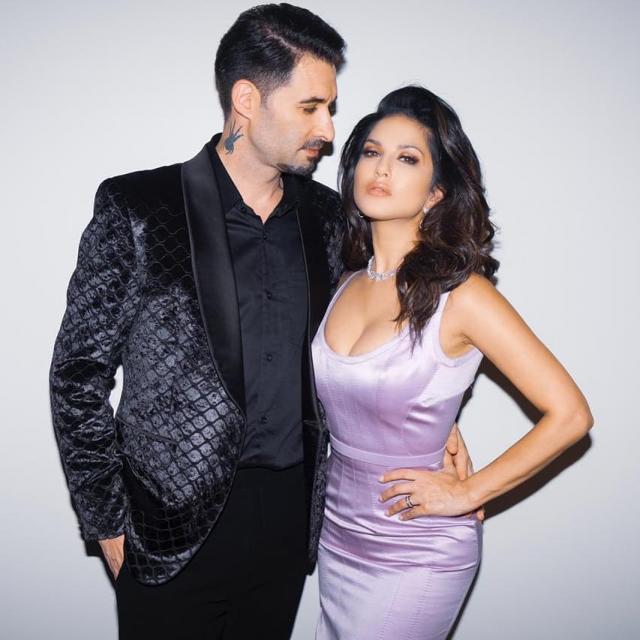 Further in the conversation, Sunny had talked about the early days of their budding love and had shared that her then-boyfriend, now husband, Daniel, would send her mixed CD and flowers from all over the world. She had also mentioned her husband's discomfort with her working with other men in adult films. She had shared:

“We had a long courtship–in the beginning, it was just us getting to know each other. I remember when I was in Oman–he sent me a mixed CD & flowers from across the world! I had a stack of calling cards because of how much we spoke! I was in love. He’s so considerate & supportive. In fact, because he wasn’t comfortable with me working with other men in my adult films, he began working with me & we started our own company.” 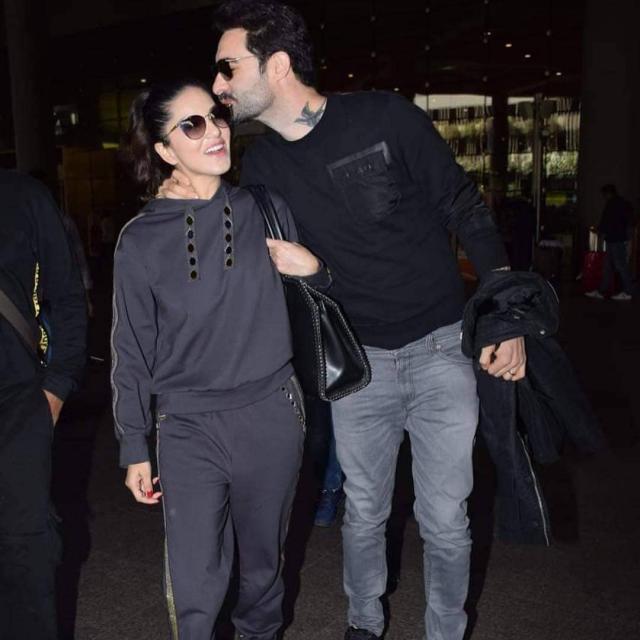 Sunny had also revealed about the time when she knew Daniel was the one for her. Mentioning the same, she had said:

“Within a few months of dating, my mom passed away. I’d expect a guy to run from such an emotional responsibility–but he stayed. Not only for me, but for my family. I’d wake up crying at night & he’d hold me. He didn’t try to fix the situation–he was present & that’s what mattered. I knew then that he was the one, but it was his turn to make me wait.” 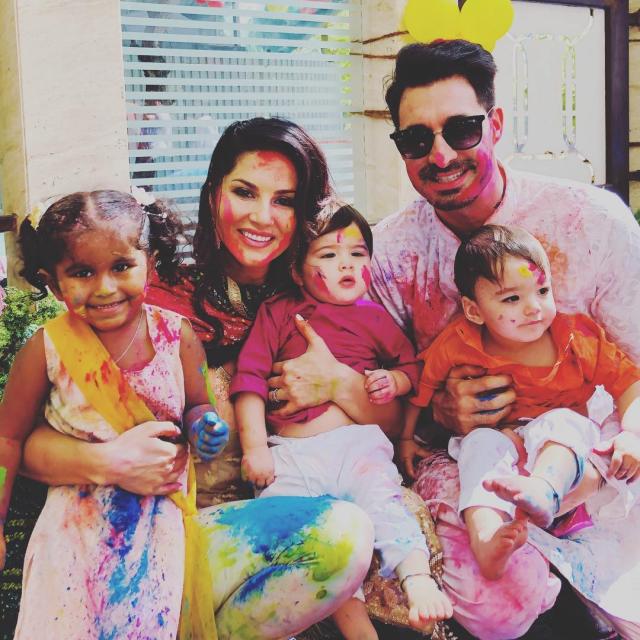 Sunny likes to celebrate every occasion with her family. For Halloween 2021, Sunny had decked up her entire family in scary avatars. Sharing pictures of the same, Sunny had written: 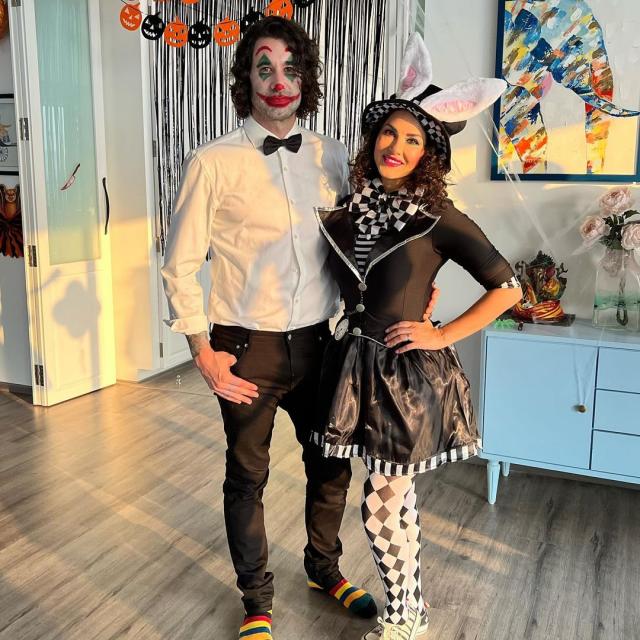 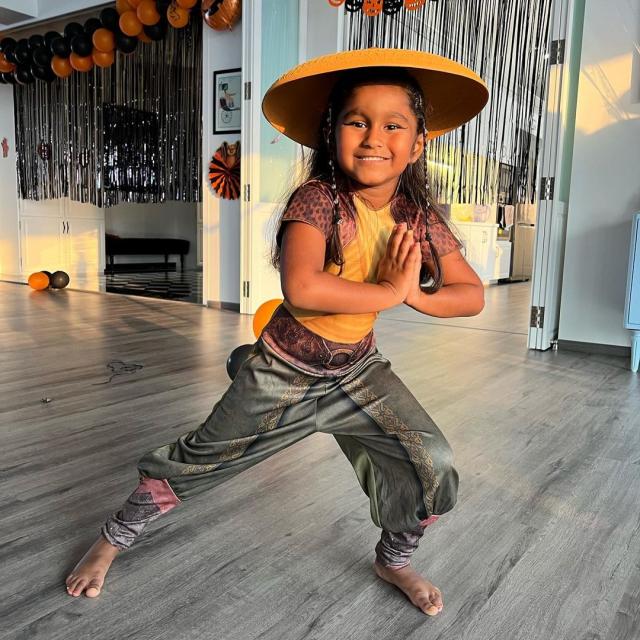 Well, we loved Sunny and Daniel's joyful moment. What about you? Sunny Leone is a hands-on mommy and shares a special bond with her three little munchkins, which cannot be described in words. Apart from being a doting mother, Sunny Leone is known for her acting stint, bold sartorial choices, and humble nature. While balancing her work life, she knows how