Payal Rohatgi Reveals Her Wrestler-Fiance, Sangram Singh Is Unromantic, Shares How She Trains Him

Popular actress, Payal Rohatgi shared that her fiance, Sangram Singh is unromantic. She mentioned how she is training him ahead of their marriage i.e. on July 9, 2022. Read on!

Lock Upp contestant, Payal Rohatgi is all set to marry her longtime wrestler-boyfriend, Sangram Singh on July 9, 2022, in a destination wedding. The madly-in-love couple had been engaged to each other since 2011, and recently on one of the show's episodes, Lock Upp, we had witnessed Payal and Sangram’s cute PDAs and mushy romance. The doting fiance had gone inside the Lock Upp house and had adorably bent down on his knees to propose to his ladylove, Payal, for marriage on national television.

Payal and Sangram are avid social media users and keep sharing lovely sneak peek from their fun and active life. For instance, the soon-to-be-married jodi had announced their wedding news in a fun way. They had taken to their respective social media handles and had shared a poster, in which they were seen posing in boxing postures. Alongside the picture, they had penned:

While Sangram Has Already Started Planning, Paayal Hopes That They Have A Winter Wedding

Shraddha Arya Posts Pictures Of Her Engagement Ceremony, Stuns In A Peach-Coloured 'Sharara'

On Payal Rohtagi's 36th Birthday, Her Boyfriend, Sangram Singh Wishes Her With A Super-Special Note

“Save the date, coming this July.”

In a recent interview with Zoom TV, Payal Rohatgi opened up about the nature of her fiance, Sangram Singh. She revealed that being a wrestler, he is a very unromantic person. She further shared how Sangram feels comfortable in shorts, and making him wear sherwani or ethnic wear is a huge task. Hence, the doting girlfriend, Payal is training Sangram by doing stunning pre-wedding photoshoots with him in traditional wears. In her words:

“Sangram ji is not a very romantic person. He is a wrestler and comfortable in shorts etc. Wearing a suit or a sherwani is like a trial for him. So, to get him into that romantic mood I thought of getting him into training zone with this photoshoot. So, I prepared myself and Sangram ji.” 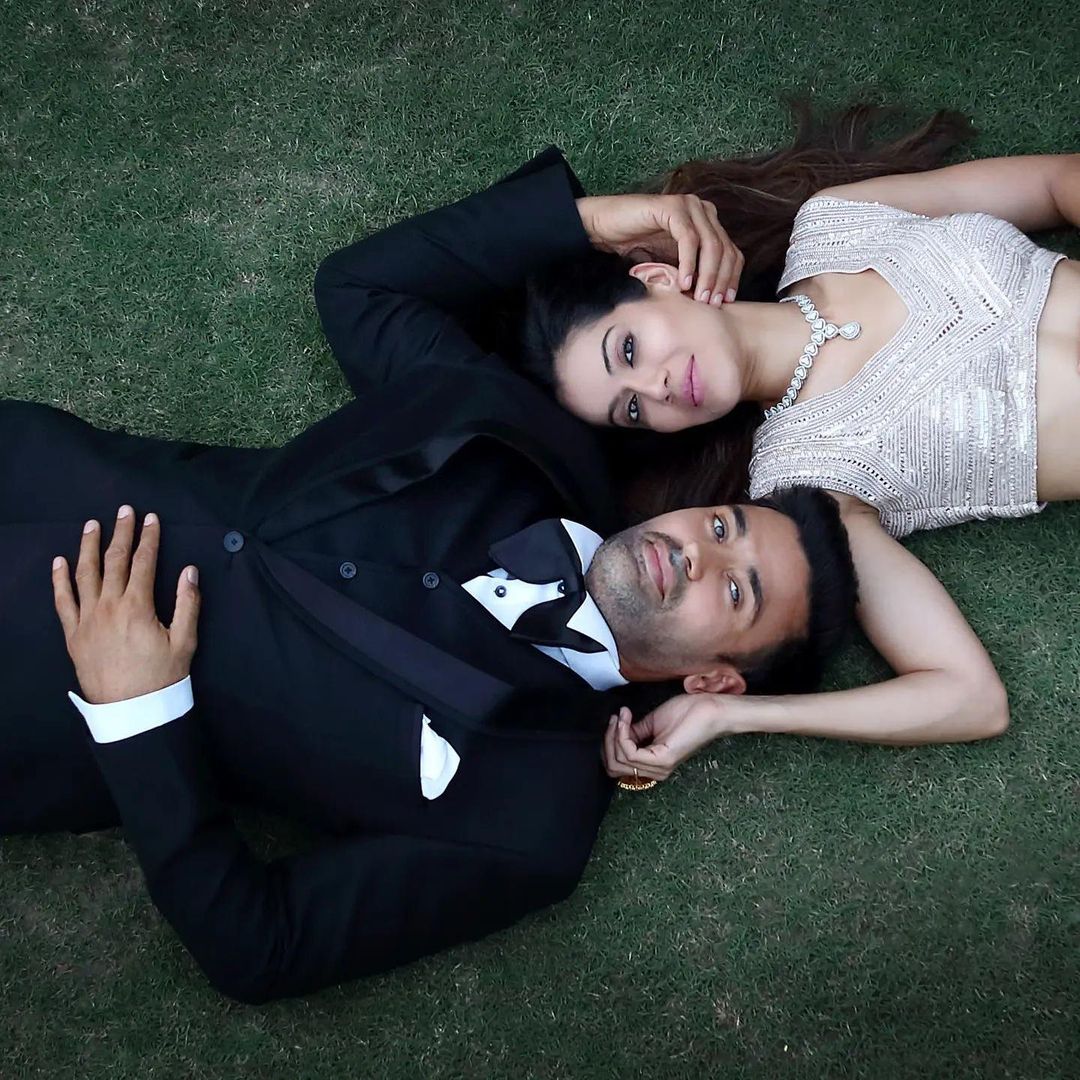 In the same interview, Payal shared that one more reason for her doing the exotic pre-wedding shoots is to provide the media with more drool-worthy pictures of them. Payal can be quoted as saying:

“I believe that Sangram and I have matured with time. We are looking our best at this time. So, we thought that since media is using all old and stock pictures only of ours, so why not give them new pictures to use when they are telling our story.” Earlier, in an interview with the ETimes, Sangram had mentioned why they had chosen Rajasthan as their marriage destination. Talking about the same, he had stated that after many discussions, they had finalised Agra as their wedding destination as it would be a convenient place for their families to travel. He had said:

“We were planning to host our wedding in Rajasthan or Payal’s hometown, Ahmedabad. However, we have locked Agra as the venue. It’s convenient for everyone, including my family in my hometown, Rohtak (Haryana). They will take around four hours to reach the destination.” We are excited to see Payal and Sangram’s wedding pictures!

Next Read: Charu Asopa Shares Cryptic Posts On What Kills A Marriage Amid Divorce Rumours With Hubby Rajeev Sen

While Sangram Has Already Started Planning, Paayal Hopes That They Have A Winter Wedding

Shraddha Arya Posts Pictures Of Her Engagement Ceremony, Stuns In A Peach-Coloured 'Sharara'