Amid divorce rumours, Charu Asopa shared two cryptic posts and hinted at what killed her relationship with her husband, Rajeev Sen. Check out!

Charu Asopa is a popular name in the television fraternity, courtesy of her incredible acting chops, bubbly nature and fashion sense. Once again, the actress is making the headlines, but for all the wrong reasons. According to reports, she has made up her mind to get separated from her husband, Rajeev Sen. For those who don’t know, Rajeev is Miss. Universe 1994, Sushmita Sen’s brother and a renowned businessman. The couple, Rajeev and Charu had tied the knot in 2019, and on November 1, 2021, they were blessed with a baby girl, Ziana Sen.

Now, the actress has left her fanbase in doubt by sharing some cryptic posts about what kills a relationship amid her divorce rumours. However, this is not the first time when Charu and Rajveev’s relationship got strained. Since their marriage in 2019, their relationship had hit rock bottom several times, and we had heard Charu accusing Rajeev of being an absent parent. This year, on June 19, 2022, Charu had even celebrated Father’s day with Ziana alone as her hubby did not accompany them on the special occasion. On June 24, 2022, Charu Asopa took to her IG stories and shared two cryptic posts hinting at the reason behind her strained relationship with her husband, Rajeev Sen. In the first post, we can see a quote that read, “Distance does not kill a relationship, but less conversation and late replies do.” Following this post, Charu reshared an old portrait of her from one of her IG fan pages. However, the caption of the picture caught our attention in split seconds. The caption can be read as:

“Respect yourself enough to walk away from anything that no longer serves you, grow you or makes you happy!” 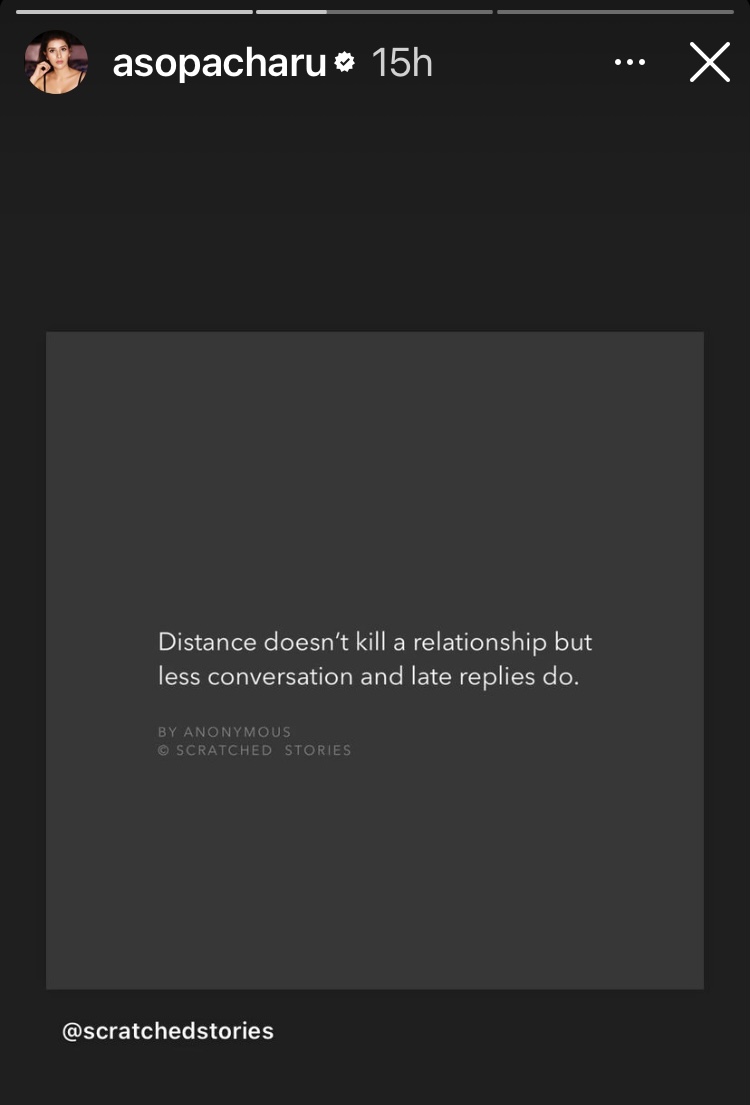 Since her stiff with Rajeev, Charu had also unfollowed her husband from her social media handles and had also deleted pictures with him. On June 19, 2022, Charu Asopa had shared a Vlog on her YouTube channel and had talked to her massive fanbase in a heart-to-heart conversation. In the video, the actress had indirectly taken a dig at her hubby, Rajeev Sen, for staying away from her and their daughter, Ziana on Father’s day. Getting emotional while talking about it, the mommy had even mentioned that it's not possible for her to leave her daughter behind and stay away from her. Check out!

Earlier, in an interview with the Bombay Times, Rajeev Sen had opened up about his marriage and had said that he had felt someone close to Charu brainwashes her. He had mentioned that Charu is an innocent girl and could be easily manipulated by anyone. Rajeev could be quoted as saying:

"I guess someone close to Charu is brainwashing her, because she is a simple and innocent girl. It could be someone from her so-called huge friend circle. I hope she doesn’t lose her path. If I find out who the culprit is, I will post his or her name along with a picture and a lot of facts. If they are going to hit me, I’m going to hit them back harder." 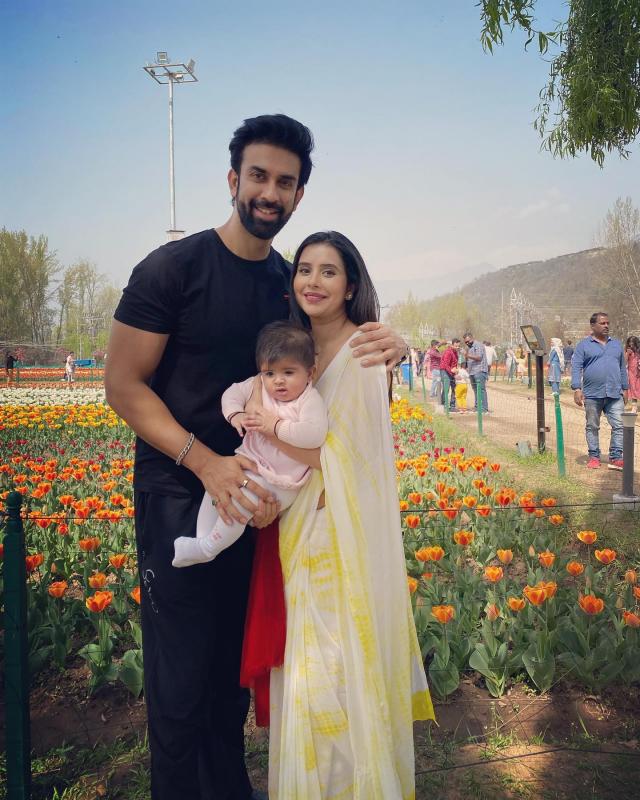 We hope Charu and Rajeev solve their differences and return to their happy married life!

Next Read: Neetu Kapoor Reveals She Was Drunk During The 'Pheras' At Her Grand Wedding With Late Rishi Kapoor