Parth Samthaan, who has struck a chord with the millennial audience with his role in the popular web series, Kaisi Yeh Yaariyan, has been making heads turn as Anurag in Ekta Kapoor’s iconic Television show, Kasutii Zindagii Kay 2. The popular telly actor has become a heartthrob of millions and millions of fans. (Recommend Read: Anushka Sharma Enjoys A Beautiful Day At Australian Open 2019 With Her 'Sunny Boy' Virat Kohli)

Today, on January 19, 2019, Parth shared the joy of becoming a ‘chacha’ with his fans. The actor’s brother, Pratik Patil and sister-in-law Purvi Patil have been blessed with a baby girl and the entire family is overjoyed with the arrival of their new member. He treated his Insta-fam with dreamy pictures of his new-born niece that took our heart away. Along with the picture he wrote, “And it’s a Girl. Welcome to our family. #chachabangaya. Congratulations @pratikgpatil @purvpatil” followed by lots of emoticons. Check out the picture below: 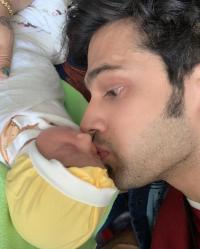 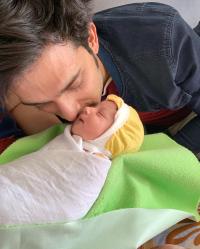 For those who don’t know, Parth values his family above all. The actor in a recent interview with IANS shared the importance of his mother in his life. He said, “I share a very close bond with my mother and I am a typical mumma's boy. I am extremely attached to my mother and she is a superwoman for me. She will always be the number one woman in my life”. He further added, “I always strive to make my mother proud of me and bring a smile on her face. She is my best friend”.

Earlier, in an interview with The Indian Express, Parth talked about handling controversies and stated, “I feel controversies are part of a celeb’s life. When you are growing up, there are a lot of things. You can’t let it affect you. All I can say is that it only made me stronger and as you know, I kept quiet the entire time as I feel silence is the biggest strength. I wouldn’t lie that I wasn’t bothered but I had my family, friends, and fans who motivated me to keep going.”(Also Read: Shahid Kapoor's Wife Mira Rajput Thinks He Is 'Little Obsessive' And Needs To 'Calm Down A Bit') 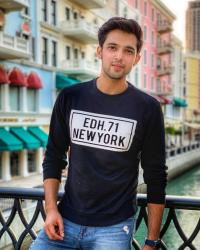 In an old interview with Mid-Day, Parth opened about his female fan following and the craziest things they did for him. The actor said, “I have seen girls crying and fainting after meeting me. During a promotional event at a metro station, I remember girls running behind the train to see me.” When he was asked how he handles trolling on social media. The actor stated, “Fortunately, I don't have to face them. Truth be told, I have fans who have been kind enough to deal with them. I get to know much later that something nasty was said about me.” 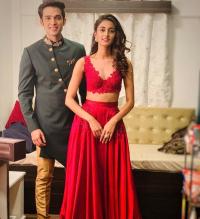 Parth, who is currently shooting for the on-going Television show, Kasautii Zindagii Kay 2, shared his vibe with the leading co-star, Erica Fernandes. The star recalled the first meeting and said, “I remember meeting Erica for the first time on the set. We hit it off right away. Erica and I are around the same age so, it was really easy to get along with her.” He further added, “She is an amazing person and we have a lot of fun in between shots. She is an experienced actress and is multi-talented so I get to learn a lot from her. It's great that our off-screen friendship is translating really well on-screen and viewers are enjoying our on-screen chemistry.” (Don't Miss: Taimur Ali Khan And Inaaya Naumi Kemmu Give Cold Stare To Paparazzi Friends, Pictures Inside)

Well, congratulations Parth for the arrival of his little niece!