Parth Samthaan and Erica Jennifer Fernandes, after a series of sad ‘parting away’ rumours, celebrated Diwali 2019 together. They looked beautiful in traditional wears. 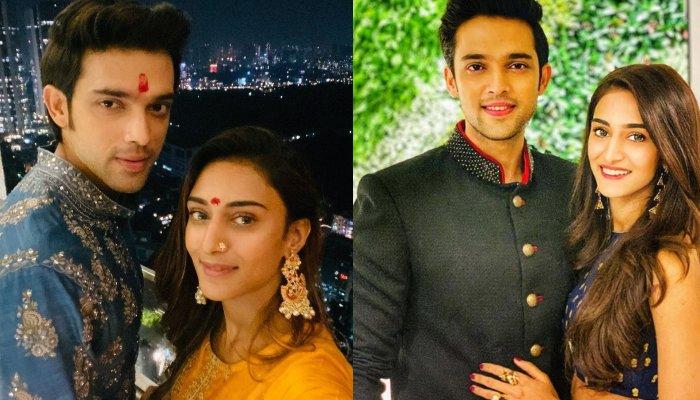 Chahat Ke Safar Mein, Dilon Ke Hosle Dekho, Yeh Aksar Toot Jaate Hain, Kabhi Aansu Bahate Hain, Kabhi Chalte Hain Sehra Mein, Phir Bhi Mushkurate Hain, Imtehaan Har Ghadi Ki, Kasautii Zindagi Ki, Kasautii Zindagi Ki! As much as we love Anurag and Prerna’s eternal love for one another and them overcoming every possible obstacle to be with one another, it seems like a little chahat is happening on the personal course of the leads of the show, Parth Samthaan and Erica Jennifer Fernandes. Apart from their awesome camaraderie, Parth and Erica never miss out on hogging the limelight due to their constant breakup and patchup rumours. (Do Read: Vicky Kaushal And Katrina Kaif Leaving Together From A Diwali Bash Spark Off Their Dating Rumours)

All Parth Samthaan and Erica Jennifer Fernandes fans one day wake up to the wonderful news of something ‘lovey-dovey’ brewing between the two, and the next day, they are disappointed with the news of their breakup. Also to add to it, their ignoring each other at events and gatherings and ‘not inviting’ one another at parties and after a few days forcefully feeding edibles to one another makes us all confused. So much so, that we actually want to feel like asking Parth and Erica, “Are you two dating? If not, then please do because you look so great together!” 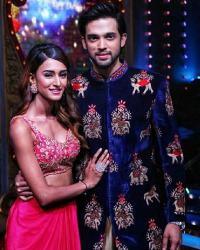 After a series of sad ‘parting away’ rumours of Parth Samthaan and Erica Jennifer Fernandes, Diwali 2019 saw this duo in a whole new different avatar. Parth and Erica were seen enjoying a gala time with their friends from the sets of their show and had looked amazingly gorgeous with one another as they posed together in traditional wears. Sharing the pictures, Parth wrote, “Diwali spent with the people who I have spent most of my time this year ...#kasautiigang #blackjacknight @poojabanerjeee we missed you.” Here are the glimpses:

The first quarter of this year was all about outpouring love between Erica Jennifer Fernandes and Parth Samthaan and the middle quarter was all about the duo’s breakup and a possible conflict between them. With reports of their breakup brimming everywhere on the internet, a gesture of Erica and Parth had made us believe that everything is well in their paradise. A series of videos shared by Shubhaavi Choksey, later re-shared by varied fan pages, had Erica forcefully feeding her rumoured beau, Parth with her own hands, which he refuses to eat like a kid! After multiple trials of chasing and trying to force-feed Parth, Erica finally manages to feed him with a partial spoonful of food! Here’s the video:

That was indeed a wonderful way of putting an end to all breakup rumours and reinstalling faith once again in Erica Jennifer Fernandes and Parth Samthaan’s fans’ hearts! A series of pictures posted by Parth sometime back had raised a lot of eyebrows and had ‘kind of’ confirmed that all was not well between him and his co-star-cum-rumoured ladylove, Erica. Parth had hosted a ‘crazy’ house-warming party for his friends from Kasautii Zindagi Kay 2 and what looked like it, it was a filled with pomp and show! While almost the entire star cast was present at Parth’s do, Erica was nowhere in sight. Although we were extremely happy for Parth’s new house, our eyes had kept the search on for Erica. (Must Read: Kareena Kapoor Khan Gives A Sneak Peek Into Her Lavish House Through BTS Videos Of Diwali) 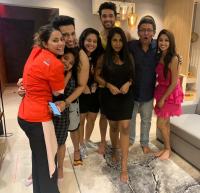 Another update that had also directed towards Erica Jennifer Fernandes and Parth Samthaan’s possible split was on September 10, 2019, at the screening of AltBalaji’s Mission Over Mars. As per reports, the duo, who often arrives at parties and events together, had reached the screening 45 minutes apart from one another. And not just that, when Parth was addressing the media, Erica had walked past him with Vikas Gupta (whom she was later linked with), without even greeting him! 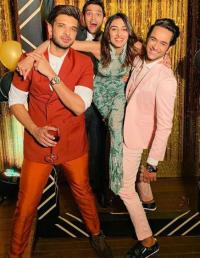 Parth Samthaan and Erica Jennifer Fernandes look superb together, on and off-screen, which is exactly when grapevine was abuzz that their bittersweet on-screen camaraderie has drifted off in their personal lives too! A SpotboyE report had then quoted a source saying, “It seems that Erica and Parth are now more than just good friends, say the sources we have parked on the sets of Kasautii Zindagii Kay 2. There are hushed whispers on the sets of this Ekta Kapoor show that Erica and Parth have probably developed romantic feelings for each other.” (Also Read: Ranbir Kapoor Poses With Mother, Neetu Singh And Sister, Riddhima Sahni In A Perfect Diwali Selfie) 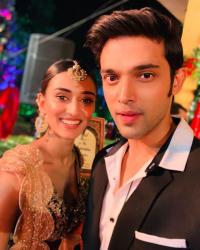 Guys, isn't witnessing Parth and Erica’s Diwali pictures make us miss this starry festival even more? Also, it was a great feeling witnessing these two ‘together’ again! (*wink wink*)