Parineeti Chopra Reveals What Nick Jonas Gave Bridesmaids In Exchange For 'Joote', Instead Of Cash

Parineeti Chopra Reveals What Nick Jonas Gave Bridesmaids In Exchange For 'Joote', Instead Of Cash 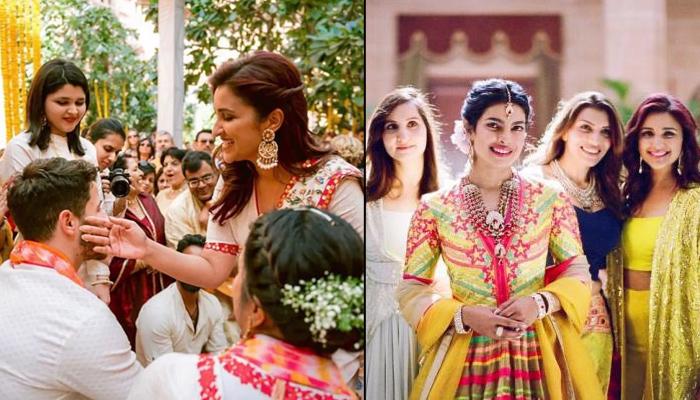 Like most of us, even Parineeti Chopra is not yet over the breathtakingly gorgeous pictures from her Mimi didi, Priyanka Chopra’s grand wedding with Nick Jonas. Parineeti posted a ‘behenein’ picture with Priyanka and then one with the bridesmaids, but the photo that won our hearts was the one wherein the excited saali is applying haldi on her jiju’s face. The joote do paise lo moment arrived for Parineeti when her sister, Priyanka got married to Nick and since then, she has been asked in her interviews about what her jiju gave all his saalis in the ritual. (Also Read: Shilpa Shetty Asks Hubby Raj Kundra To Make Her Hot As It's Cold In Delhi, He Gave A Kickass Reply)

On Neha Dhupia’s celebrity chat show, BFFs with Vogue, Parineeti Chopra made an appearance with Sania Mirza and the host of the show asked her about the joota chupai ceremony. As per a Mid-Day report, Parineeti revealed that Nick had come prepared to impress the bridesmaids and while the girls had planned to extort thousands of dollars from their jiju, he took them aback with how prepared he was! Parineeti shared that Nick signalled his groomsmen to bring in a tray of sparkling diamond rings, one for each bridesmaid. She remarked, "He is the best."

Speaking about how perfect Nick is for her sister, Priyanka, Parineeti had shared in an interview, “I am promoting my film at the wrong time as I am being constantly asked about them (laughs). But, I am very excited. Just a day before yesterday I was sitting with Nick when he was here. We were sitting at home and chilling and I was just telling him how eight months ago, his life was totally different. No one would’ve thought that they were going to be engaged to be married. And he was also like this was totally bizarre and unreal. But, I always wondered who Mimi didi (Priyanka) was going to marry. I always thought who that guy would be.”

Parineeti went on to add, “And when you meet Nick, it is kind of reassuring that she has found her one, the man who is right for her. He is funny, calm, normal, simple and he loves her. She adores him and they’re very much in love. They look wonderful together. I don’t think there could have been a better person for her.”

Reminiscing about an instance when she came to know that her sister is having a bad day, Parineeti texted her soon-to-be-jiju about the same. Elaborating the incident, she had said, “The other day, when she wasn’t having a good day, I texted him saying just take care of her. He’s so sweet and mature. Touchwood!” Isn’t it sweet? About the 3 am video call she got from Priyanka and Nick, Parineeti stated, “The day it happened, I was the first one to get a call. But I was part of their story even before it happened. The day he proposed to her, it was her birthday. I got a missed call from her at 3 am. I knew she was holidaying. I Facetimed her.” (Also Read: Boman Irani's 34th Anniversary Wish For Wife, Zenobia, Wants To 'Annoy Her For The Rest Of His Life')

The Namaste England star further added, “She showed me the ring and I almost fainted. Both Priyanka and Nick (Jonas) were there on call. They were like we had to tell you first. I started crying on the call. It became all emotional and beautiful. Obviously, Badi Mama (Madhu Chopra) and Siddharth (her brother) knew about it. Nick had come to India to ask Badi Mama for her consent. He’s really a sweet person, he came to seek permission. We went to Goa for a trip.”

Speaking about the reaction when Priyanka told her that she is dating Nick, Parineeti was quoted as saying, “She called me one day and said she was coming to India with Nick. I said tell me all about it. Initially, I just knew that there was someone special in her life. But when she told me he was coming to India with her, I knew something serious was going on between them. I met him. There were only eight to ten of us that night. I was the only one from the family, rest were Priyanka’s friends. We chilled all night with him. Of course, I couldn’t be like, ‘Hi I’m your fan’. But he was chivalrous and took good care of all of us. I could see they were extremely serious about each other. I’m so happy for them.” (Also Read: Kareena Kapoor Never Buys High-End Branded Clothes For Taimur, Makes Him Wear Not-So-Expensive Ones)

Woah! Isn’t that one expensive gift from Nick to all his saalis? What did you get from your jiju after the joota chupai ritual? Keep us posted! 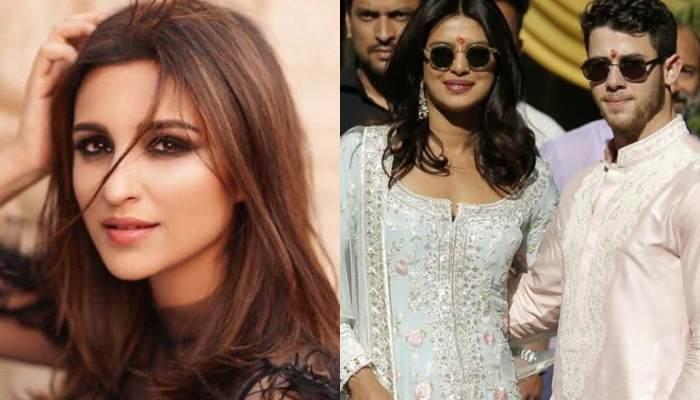 Marrying someone who loves you more than anyone else in this world is a feeling that cannot be expressed in words. Bollywood actress, Priyanka Chopra found love in American singing sensation, Nick Jonas. The rumours of Nickyanka dating each other started doing rounds in early 2018 and on August 18, 2018,