She is the beautiful damsel and a super-talented Bollywood diva who has a strong foothold in the Indian film fraternity. On the other hand, he is one of the recognised businessmen who is doing commendably well on his work front. And when these two walked down the aisle on November 22, 2009, it was a day to remember. Any guesses as to who we are talking about? Well, it’s none other than, Shilpa Shetty and Raj Kundra. The couple had a lavish, ‘big fat Indian wedding’, followed by a grand reception, where who’s who of the film industry were present.

It was on May 21, 2012, after Raj and Shilpa enjoyed blissful married life as a couple, that the two entered the parents’ club. The duo lovingly named their first-born, Viaan Raj Kundra. For the ones who don’t know, Shilpa is quite active on social media and especially on Instagram. Recently, we stumbled upon a cute and lovely banter between Shilpa and Raj that we couldn’t resist sharing it with you all. (You May Also Like: Farhan Akhtar And Shibani Dandekar Arrive Hand-In-Hand For Daboo Ratnani's Calendar Launch) 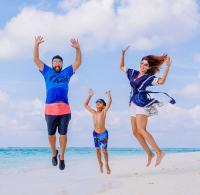 A few days back, Shilpa shared a lovely snap on her official Instagram account and captioned it as, “All set to sparkle and shine in the capital tonight!” To this post, Shilpa’s lovely husband, Raj Kundra commented, “Mam, you are so hot! I want to take a selfie with you, please”. In reply to this, Shilpa wrote, “Brrrrr @rajkundra9 Sir it’s soooo cold here in Delhi, need you to make me hot”, followed by a hug and a heart emoji. To this comment of Shilpa’s came an interesting and funny reply by Raj that could be read as, “If you became any hotter, I would be worried about global warming mam!” Here are the snapshots of the conversation: 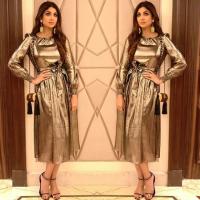 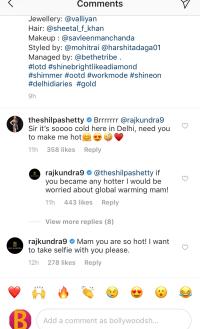 Initially, Shilpa and Raj were keeping mum about their relationship, but eventually, Shilpa stated, "I am dating somebody. I hope he will be the one, but I don't want to say too much because it is still very early on in our relationship." Without taking any name, she further added, “He respects and understands what I do, and it is nice to be cared for. I have been very lonely for a very long time, and it is nice to know I have somebody to look forward to seeing at the end of the day.” (Checkout: Virat Kohli And Anushka Sharma Fly Off For A Vacation In Private Jet, Post ODI Series Win Against NZ) 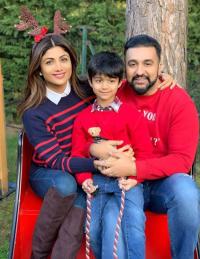 Talking about their love story with Filmfare magazine, Raj had stated, “It was love at first sight. From the moment I saw her, I knew I’d love her to be my life partner. She’s got an angelic side to her. Her homely side grew on me as I got to know her. She’s a great housewife. She’s a supermom! She’s the wind beneath my wings and I try to be her support system. We are each other’s strengths.” (Also Read: Sara Ali Khan Has An Unmissable Reaction On Crush, Kartik Aaryan And Ananya Panday's Dating Rumours) 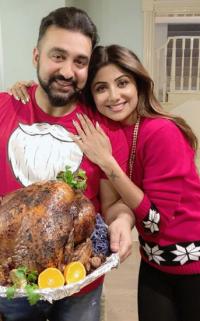 Shilpa, in an interaction with a leading daily, shared that she found her real-life hero when she met Raj. The Main Khiladi Tu Anari star had then retorted, “Raj is the ideal Raj, like Raj from Dilwale Dulhania Le Jayenge,” Shilpa said in an interview. Well, here is what Shilpa wrote on her twitter wall last year on her wedding anniversary, "Wishing you happy anniversary Raj Kundra. My real-life hero. (I) can't thank god enough for having you in my life. You are the best hubby. Love you". (Don't Miss: Is Sushmita Sen Not Happy With Her Brother, Rajeev Sen's Relationship With TV Actress, Charu Asopa?) 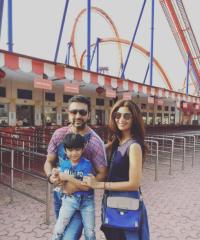 Shilpa Shetty and Raj Kundra are one lovely couple, don’t you agree guys? 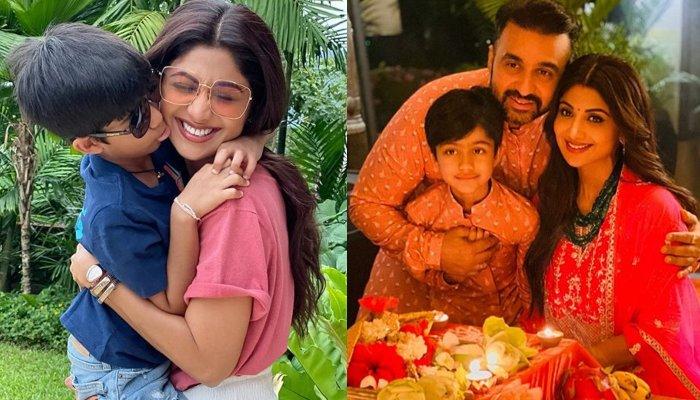 Ever looked at stars like Shilpa Shetty Kundra and asked yourself, “How can somebody age more gracefully than her?” With 44 just being a number for Shilpa, the actress is often considered an able multi-tasker, she is a perfectionist in every sort. From having her own fitness app, returning to