Paras Kalnawat, who has been making our hearts flutter with his web series 'Ishq Aaj Kal' opened up about his love life. Scroll down as he reveals that he is already taken! 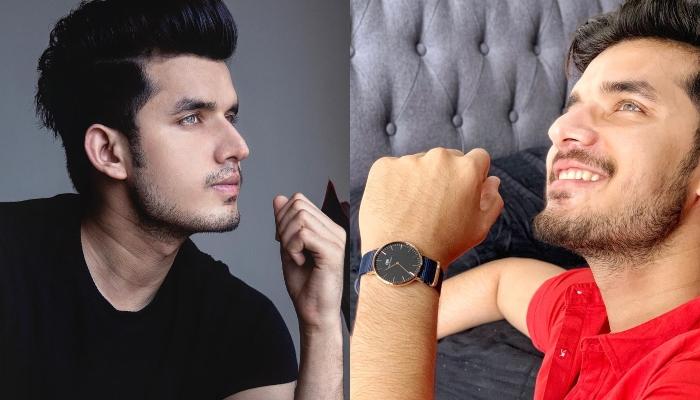 In the world of glam and glitz when people try to hide their relationship status to reach the top, there are some, who openly talks about it. And the heartthrob of telly town, Paras Kalnawat is a perfect example of it. The actor has made our heart flutter as Faraz Sheikh in ZEE5 Original web series, Ishq Aaj Kal.  (Recommend Read: Urvashi Dholakia Finally Reveals Her Remarriage Plans, Says Everybody Keeps On Asking Her [Details])

Paras had started off his career with the television series, Meri Durga, and had received lots of praise back then. We remember how in an interview, he had reminisced his hard journey and had shared his dream of becoming an actor. Currently, he has gained new fan following, thanks to his new role as Faraz in his web series. 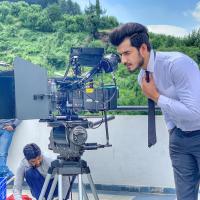 Recently, in an interview with ZEE5, Paras opened up on his love life. The actor said, "I believe that everything is so fake in today’s generation. Everything is made up. I believe love is where two individuals should trust each other completely. I am an old-school guy who believes that kind of love is rare to find today. I am taken, but it’s a secret who the person is. She is not from the industry. She is exactly like me, an old-school romantic." 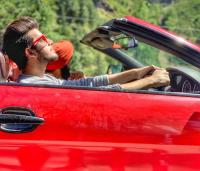 Paras also talked about his role in the web series, and shared, "Faraz is not someone who is negative. He is a man with a mission. He is here to take revenge and prove that his dad was not wrong. He can do anything, whatever it takes, to complete his mission. I’d love to play a negative role. Because in my first show, my character showed grey shades and people loved it. So that kind of revealed to me that I can play it well." (Also Read: Abhishek Bachchan Calls Wife, Aishwarya Rai Bachchan His Lucky Charm On Her Heartfelt Post For Him)

Talking about his co-stars, Paras stated, "Me, Roshmi, Ankitta and Angad have become like a gang. We share a lot of things. Roshmi kuch bhi bole toh hasi aati he hai. I recently injured my nose because of her. I was pulling a prank and she was trying to do something with the mirror and it hit me, unintentionally. So my nose started bleeding. Yeah, that was that. Wo din bhar daat khaati rehti hai sabse. She is someone jo kuch bole toh double meaning nikalta he hai. She was told that she has a sugar daddy in the series. She goes and asks that person, oh aap mere dad play kar rahe ho? Then there was one time when the director told her to touch someone’s feet, and she did it without realizing that it was a prank. She is very masoom." 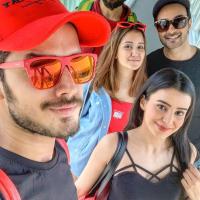 He further added, "Ankitta is a very sweet girl, I know her for one and a half year. We did quite a few mock shoots together. Twice it happened that we were supposed to work together, but it didn’t happen. We gel up, our lifestyle and mentality match a lot. She is an old-school romantic like me. I get along with 99% of people on the sets. There are just one or two people who I don’t talk much to. And the people who I don’t gel up with, all four of us don’t get along with them. Angad is so humble and down-to-earth, we all think he is the most of simple one of us all. Everybody is so genuine." 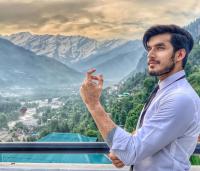 For those who don't know, earlier, Paras was in a relationship with his co-star, Urfi Javed. The actors had confirmed the news of their dating in November 2017. However, destiny had other plans and after nine months of dating, they had parted ways. In an interview, Urfi had confirmed her relationship and had shared, "It has been three months that we are dating. Paras and I are very different persons. He is vegetarian and I am non-vegetarian. I like to party wherein he doesn't like to socialise more. We are a perfect example of the phrase "opposite attracts." Just because, Paras doesn't like to party we will spend a quiet birthday." 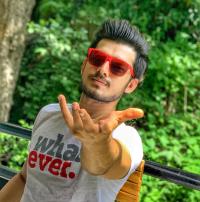 Coming back to Paras' acting journey, in an interview, he had talked about his struggles in detail. He had shared, "I always wanted to be an actor. I have auditioned for many other shows before, got shortlisted in few, but things didn’t work out for some or the other reasons. Later, I went for an audition to Paperback Films for Meri Durga, where my Manager Rupesh Sonar took me. When I got a brief about the character that I had to portray, I got very excited about it and gave my best in the audition. It took few days for them to get back to me." (Don't Miss: Anita Hassanandani And Rohit Reddy Rehearse For 'Nach Baliye 9' With Endurance And Pinch Of Romance)

Well, we cannot wait to see Paras' muse! What about you? 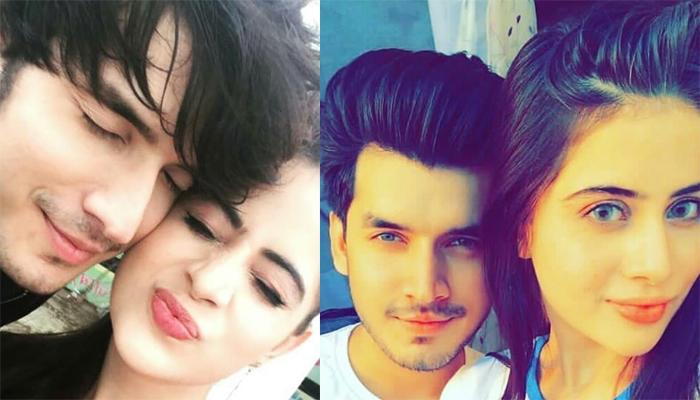 The biggest irony of the glamorous tinsel town and telly land is that whenever cupid strikes a couple, a million hearts are broken, and contrarily, when they part their ways, millions are left saddened. (You May Like: 2 Days Before Their Marriage Anniversary, Hiten And Gauri Get Nostalgic Seeing Their