Anita Hassanandani and Rohit Reddy, through their Instagram profiles, take us on their preparation journey which is a mix of warm-up exercises, hard work and dance with a pinch of romance. 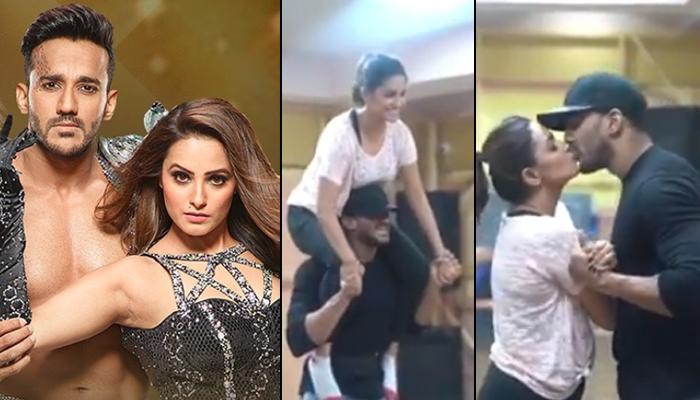 The very mention or sight of television’s reigning star, Anita Hassanandani and her handsome-dimpled hubby, Rohit Reddy makes us go all awww. Just like Anita said, they have been married for over 5 years but with the romance and love, they seem like a ‘just married’ couple. Just a glance at this couple will make you feel that love is in the air! Anita and Rohit are ardent social media users and they don’t shy away from posting mushy couple pictures with the ‘oh-so-romantic’ captions which make us want to shape our relationship just like them. (Also Read: Urvashi Dholakia's Ex, Anuj Sachdeva Reveals He Took Some Time Before Saying Yes For 'Nach Baliye 9')

And all thanks to the dance reality show, Nach Baliye 9, the fans will get to see Anita Hassanandani and Rohit Reddy together for the first time on national television. The show being Rohit’s debut on the television, this much-in-love couple will redefine love with their sizzling performances on Nach Baliye 9, and we just can’t wait to be a part of their dancing journey. Scroll through Rohit and Anita’s social media profiles and you’ll get to know how much this filmy couple loves to dance. 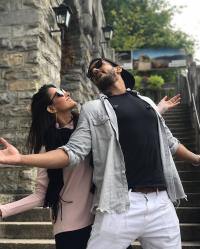 Anita Hassanandani and Rohit Reddy, through their Instagram profiles, take us on their preparation journey which is a mix of warm-up exercises, hard work and dance with a pinch of romance. While Rohit captioned his video as, “You've got to be like a fan at your show, just wild out. We make eye contact. We get in the crowd and kick it with 'em, stage dive, mosh. We make 'em laugh. We go out there and turn up, have fun. There's no set list; We don't have rehearsals. We just Revel :) :) @anitahassanandani #nachbaliye9 #ReddyToDance #shaadikerighteffects @starplus @banijayasia”, Anita wrote, “#BaliyeGoals I have a feeling this guy @rohitreddygoa is gonna steal MY thunder #StarinTheMaking @starplus @banijayasia #nachbaliye9 #Ronita #ShaadiKeRightEffects #ReddyToDance”.

Showing off their dancing skills in a hilarious way and flaunting their ‘swag’, Anita Hassanandani and Rohit Reddy have shared their video on Instagram handles which will make you go ROFL. Rohit had captioned his post as, “For all those wondering as to how I made it to #nachbaliye9, here’s my talent showcase which impressed @starplus @banijayasia @star.aniljha #handstanddance Now don't get all #judgemental about this... Instead keep watching StarPlus every weekend at 8pm” And Anita had written, “Haanjiiiiiii! I don’t know about the ‘Nach’ but we sure got d ‘swag’ Don’t be judgemental about the nach go mental bout the love!!! Watch all the fun tonight on #nachbaliye9 8pm @starplus @star.aniljha @banijayasia”. (Also Read: Faisal Khan Celebrated GF, Muskaan Kataria's Birthday On Nach Baliye 9 Set, Posts A Lovely Wish)

In an interview with BollywoodLife, Anita Hassanandani had revealed her plans for extending her family with hubby, Rohit Reddy. Anita had expressed that she had been waiting to do the show for the longest time and after she’s done with it, she plans to have a baby. Anita had said, “Absolutely. That was the whole plan. Nach Baliye is a journey that you can't do after a child. It gets a little difficult. Or you have to wait for your baby to grow up. So (we decided) after Nach Baliye we plan to have a baby.” She further added, “I have been busy with two TV shows, and workwise, I wanted to be free when I have a child. I don’t want a hectic work schedule when I get pregnant.” 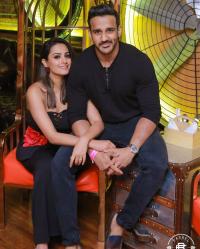 Anita Hassanandani had also talked about the new experience with hubby, Rohit Reddy and their journey of dance. She had stated, “For any TV actor, Khatron Ke Khiladi, Jhalak Dikhhla Jaa and Nach Baliye are the shows that are inadvertently part of their bucket list. I have ticked the other two. And this (Nach Baliye) has always been pending. Every year, I'd tell my Baliye to participate and he would always say no.” 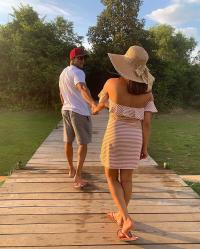 Just how Anita and Rohit are ‘Reddy’ to dance, we are ready to watch them spreading the love with their dance on our television screens! The gorgeous Anita Hassanandani and her husband, Rohit Reddy are one of the most loved couples of the telly world. Their love story is not less than a fairytale. Rohit had first seen Anita in the gym and was completely bowled over by her beauty. Can you believe that he had