The most controversial reality show, 'Bigg Boss 13' was back in action on September 29, 2019, and the contestants have already started creating abuzz through their controversial statements.

The thirteenth season of the most controversial reality show, Bigg Boss is living up to its title, ‘controversial’. Even before the show got aired, the expected contestants had gotten into controversies and speculation about their love life and gossips. One such contestant is Paras Chhabra, who is popular inside the house for his charming looks and popularity among female contestants. His personal life has always gathered attention from the audiences and media even before entering the Bigg Boss house.

Splitsvilla season 5 winner, Paras Chhabra is currently in a serious relationship with his Vighnaharta Ganesh co-star, Akanksha Puri. The couple is madly-in-love with each other and their social media is a proof for the same. As a token of love and appreciation, Akanksha had gotten Paras' name tattooed on her wrist. The two started dating in the year 2017 but later called it quits due to Akanksha’s compatibility issues. Post their breakup, Paras’ name was linked with many Tinseltown celebs, however, he again got back with his ex-girlfriend, Akanksha Puri. Akanksha while speaking to Bollywoodlife had said that she has great faith in Paras. He will never break my heart for a game show. (Recommended Read: Sania Mirza Confirms Baby Sister Anam Mirza's Wedding Date With Mohammad Azharuddin's Son Asad) 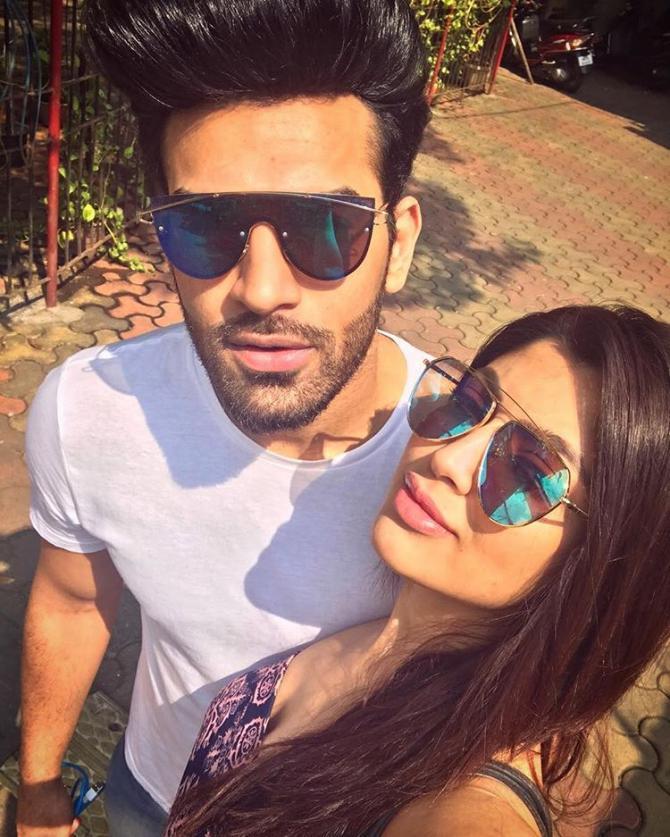 During the grand premiere of the show, Bigg boss 13, Paras had called himself a ‘sanskari playboy’ and was also seen getting into a verbal spat with co-contestant, Asim Riaz. Akanksha Puri in an exclusive interaction with TimesofIndia.com reveals that she feels Paras is moving towards the right direction in the show and also stated that she is loving his ‘sanskari playboy’ image inside the house. She said, “He has played various characters during his TV career. From Duryodhan to Ravan, he has played multiple roles of villains and it is good that he is trending because of his performance on Bigg Boss 13. Not everyone makes it to the trending list, and I am happy, people are loving him as sanskari playboy, villain and is getting appreciated by his fans too. He has already got 100 fans pages made on his name. I am happy that he is moving in the right direction." 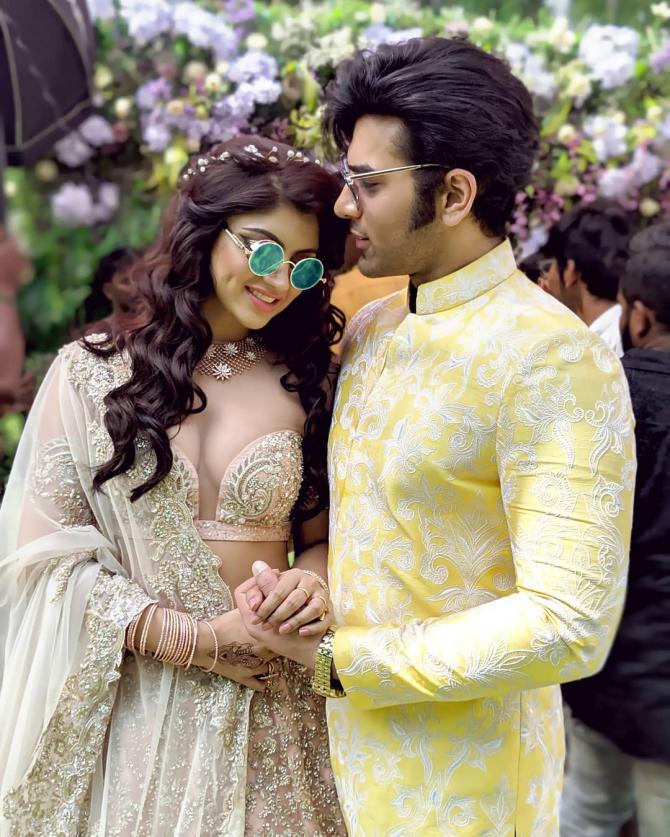 Akanksha Puri also revealed that she is enjoying the attention that her beau, Paras Chhabra is getting from the girls inside the house. In the latest promo of Bigg Boss 13, Shehnaaz Gill and Mahira Sharma were seen having a fight over Paras. Talking about the same, Akanksha said, “I saw the latest promo of Shehnaaz and Mahira Sharma fighting for Paras and I couldn't stop laughing. He is doing a wonderful job on the show. If he is making two people lose their focus from the game and is making them fight for him, then I would say he is a real winner for him. I am thoroughly enjoying myself while watching him on the show." Paras Chhabra is famous for his ‘playboy’ image and is quite famous among girls. Talking about being jealous after seeing Paras with other girls, Akanksha said, “We have been in a relationship since last two and a half-a-years and we are mature individuals. We are not teenagers to get jealous or affected by such petty things. I want to be his strength and not weakness. I don't have any qualms even if he is flirting with anyone as I know about his strategy and game plans. I know he is mine and I don't need to worry about anything." (Suggested Read: Arti Singh's Ex BF Ayaz Khan Refuted Rumours Of Being Married, Sis-In-Law Kashmera Shah Defends Her) 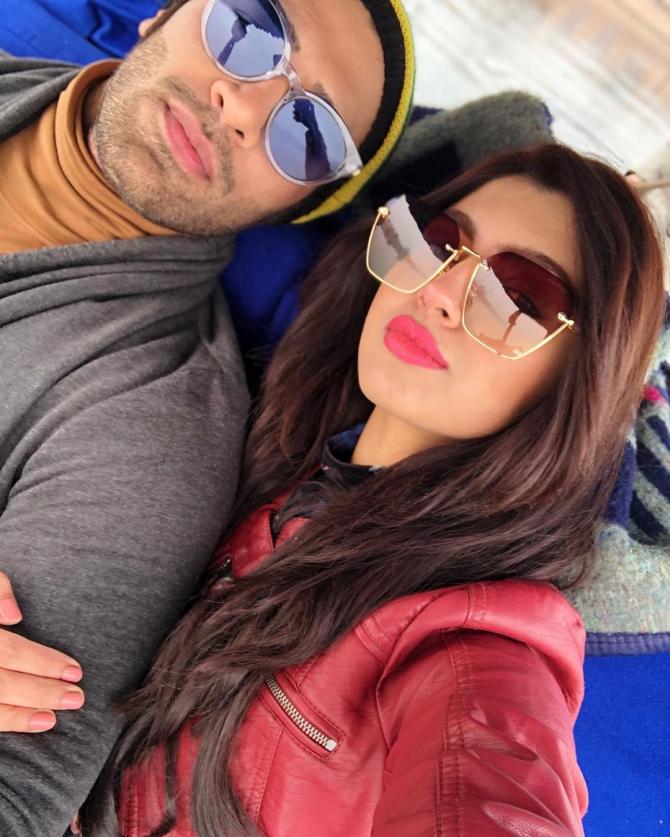 Bigg Boss is all about making strategies and game planning. The Calendar Girl actress, Akanksha Puri opened up about Paras’ strategies on the show and said, “Paras has done two reality shows and he is playing his game very smartly. I am happy he is not holding himself back and is going all out, exactly the way we had decided. He was offered the show in June and since then we have been thinking about the different and difficult situations that he will be put in. He has watched all the seasons of Bigg Boss and knows all the moves. Whenever I watch BB 13, during the 1-hour duration I see Paras for about 50 which itself proves his popularity on the show. Be it BB promos, uncut version or the episode, Paras is everywhere. He is providing entertainment for which he has been brought in. Nobody wants to see Paras Chhabra as a saint on the show, everyone wants to see him the way he is on the show right now. He is coming as one of the strongest contestants." It was in October 2018, when Akanksha had officially confirmed her relationship with Paras in an interview with BollywoodLife. She had said, “It’s been two years since we are together. I’m very secretive about my personal life. I never spoke about our relationship; however, Paras was open about it. We were together for a long time. However, my private nature got between us. This became a little issue between us, as he misconstrued my secretiveness as I’m not sure of the relationship. He started having trust issues as I used to behave differently with him in the public as well.” 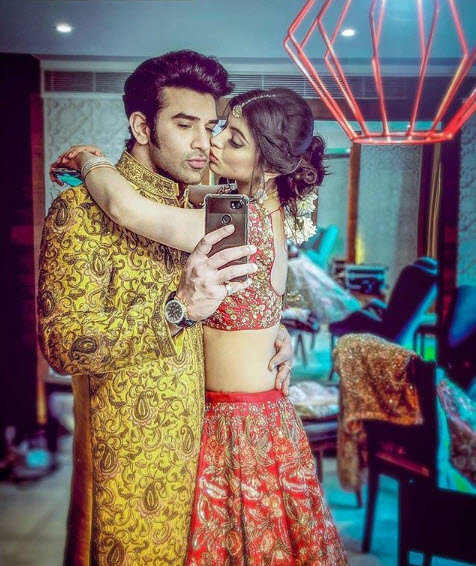 During their breakup phase, Paras Chhabra was rumoured to be dating Naagin 3 actress, Pavitra Punia. However, the two had always denied any such speculations. Akanksha had also spoken about these speculations and had said, “That’s when he found this female. Although, he was quite clear that he wasn’t looking for anything serious. And he came across a girl who had the same view. He used to be continuously in touch with me. He used to send their photos only to irritate me. They were deliberately doing all the PDA to make me jealous and get the news and the buzz. Which both got eventually.” 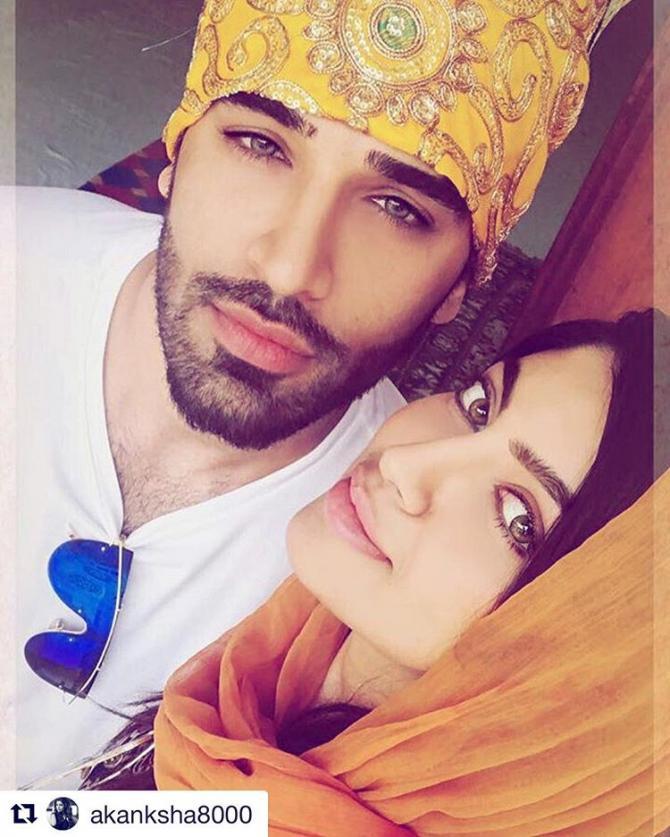 Talking about their relationship, Akanksha Puri had once stated, “We are really different as a person. While I’m very private and low-key, he is a little controversial. That has always been my concern though. However, with this, I’ve spoken about my relationship for the first time. Everyone is very happy. Even the family is happy. Enough of running away from relationships. I’m sure he is my man.” (Also Read: This Ludhiana Bride Wore 3 Celeb Designer Outfits For Her Wedding, Her Bridal Lehenga Is Stunning) Well, we wish Paras Chhabra and Akanksha Puri all the luck and love for their relationship. 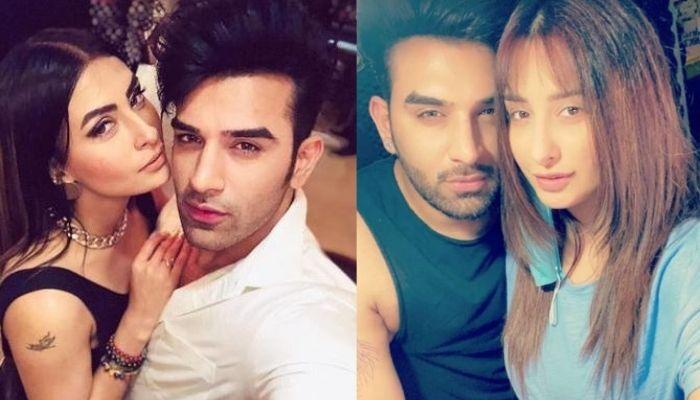