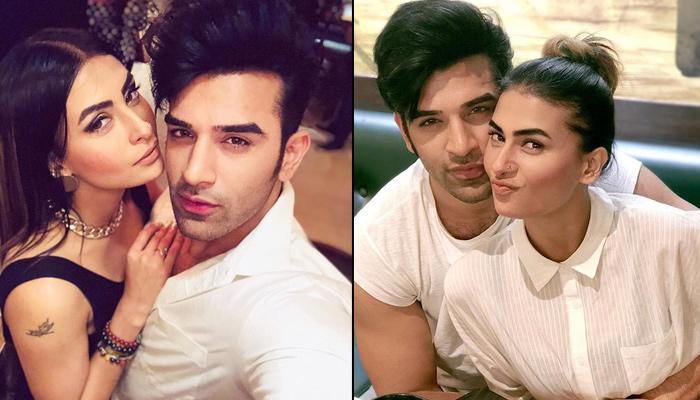 Star Plus show Yeh Hai Mohabbatein has become a household buzz. The fan following of the show not only limits to the plot, but the audience ardently loves to follow its star cast as well. Be it the protagonists Raman Bhalla aka Karan Patel and Dr Ishita Iyer Bhalla aka Divyanka Tripathi or any of the antagonists and the supporting cast of the show, netizens love to know what’s going on in their real lives.

Pavitra Punia, who rose to fame with her role of a vamp, Niddhi Chhabra in Yeh Hai Mohabbatein celebrated her birthday on April 23, 2018, on the sets of her new show, Naagin 3. Sharing the videos from her birthday celebrations, she captioned her post as, “late post but not so late post of ma amazing birthday celebrated last night on the sets...it’s KING who made ma birthday so beautiful and special @parasvchhabrra you mean everything to me thank you for understanding me so much and yes afcourse our entire cast of naagin3 and crew love you all so much! P.S- wo nazar utarna proved everything” (Also Read: Neil Nitin Mukesh Announces His Wife, Rukmini Neil Mukesh's Pregnancy, Says 'Now We Will Be THREE')

Also, her ‘KING’ and alleged boyfriend, Paras Chhabra who made her birthday so special posted a picture of them on his Instagram page. Paras captioned the pic as, “Many many happy returns of the day to the most beautiful girl I know.. @pavitrapunia_ u mean everything to me... may god bless u with lots of love and happiness in the world but with me and all the very best for Naagin” (Also Read: The Complete Wedding Album Of Milind Soman And Ankita Konwar's Assamese-Style 'Shaadi')

According to the conjectures, Pavitra is dating Splitsvilla fame and TV actor, Paras Chhabra. And as per a report, a source was quoted as saying to India Forums, “Paras Chhabra and Pavitra Punia seem to have found great company in each other these days. The duo have been posting pictures together and seem to be very much in love. We hear that it is on the sets of BCL that they met and started getting along really well.” (Also Read: Sania Mirza And Shoaib Malik Are Expecting Their First Child, Announce Pregnancy In A Unique Manner) 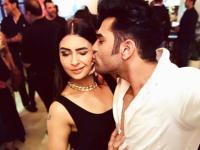 For the uninitiated ones, former Splitsvilla contestant, Pavitra Punia got engaged to a businessman, Sumit Maheshwari in October 2015 and they were all set to tie the knot. In an earlier interview, Pavitra retorted, "Yes, I am engaged to Sumit. I had met him in Amby Valley through a common friend, where I had gone for Reiki. I absolutely loved the place and fell in love with him there." And Sumit also revealed that it was love at first sight for him. He remarked, "It was love at first sight. I saw Pavitra and fell in love with her. I love everything about her... she is a pure soul and I just love her nature." (Also Read: Rubina Dilaik Gets Engaged To Boyfriend Abhinav Shukla, Flaunts Her Ring In Style) 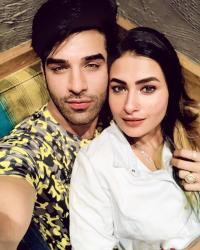 Pavitra and Sumit had tattoos of their names on each other’s fingers, but now Pavitra has replaced it with the tattoo of a rose. She had also removed all the pictures with her ex-fiancé from her Instagram page. On the work front, Pavitra is currently working for her show, Naagin 3 in which she will be introduced as an icchadaari naagin.

Next Read: For The First Time, Sonam Kapoor Opens Up About Her Wedding, Differentiates It From Marriage