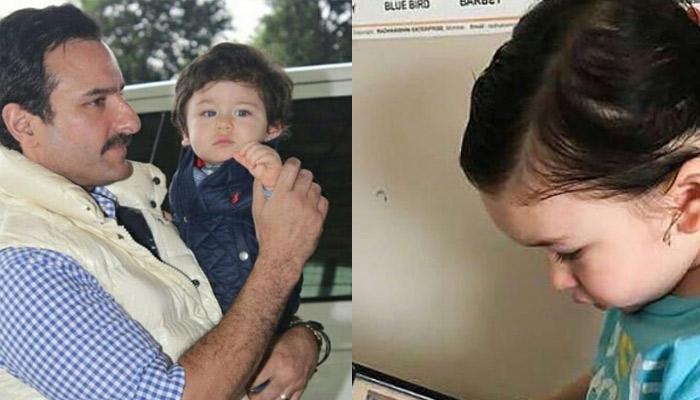 The cute star kid of Bollywood, Kareena Kapoor Khan and Saif Ali Khan’s baby, Taimur Ali Khan is everyone’s favourite. Thanks to the overloaded cuteness and the Nawabi swag he throws in all his acts and pictures, right from his first picture to all the latest ones. He already has a humongous fan following. And whatever he does takes no time to become a  sensation among his fans.

Taimur's latest picture seems to be assuring the fact that the little Nawab is really fond of his Nawab papa. And when he misses Saif, what he does is extremely cute. In the recent pic of the munchkin, Taimur is seen giving cute stares to papa Saif’s picture is a pure bliss to the eyes. Check out the picture: 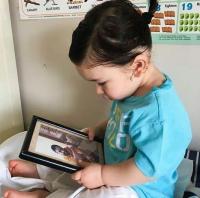 Taimur's innocent eyes showing the affection towards his father is well captured in this priceless pic. And we are sure; Daddy Saif would also like to frame this for a lifetime memory. And did you notice the little ponytail this patootie is donning? Isn’t it looking so adorable on charming looking Taimur? We are totally in love with his swagger looks! Earlier, parents, Saif and Kareena came up and mentioned that they want to give their son a normal childhood away from the constant media glare. Even Taimur’s nana and veteran actor Randhir Kapoor slammed out at the media and was quoted as saying, “Every day I get up in the morning, and I see a picture of my grandson in the newspaper. The paparazzi are permanently stationed below the house. Now, everyone recognises his maid also! That’s because of the paparazzi.”  But in spite of all the lashing done by the family, Taimur is paparazzi favourite star-kid. 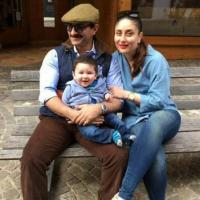 In a talk with another leading magazine, papa Saif also shared what he thinks of his son Taimur and said that he is a genetic treasure trove. He has got a bit of Rabindranath Tagore, he is a bit of Raj Kapoor, a bit of Mansoor Ali Khan Pataudi, a little bit of Bhopal. He also mentioned in another interview to NDTV that Taimur has just started his life. It’s important for them to make sure that he grows up to be a balanced person. And hopefully, he will get used to it. He knows there are cameras pointing at him all the time.

And the best part is the little one-year-old tot never shies away from the camera lens. Recently, he was spotted outside his small little school which is an overall child development centre. And unlike being in mommy Kareena or papa Saif’s arms, he was being carried by his nanny to the car, and that’s when all the media people started clicking him again. And guess what, rather than being shy, Taimur smiled and even stared unblinkingly towards the camera. And this gave us the surety that the filmy blood runs in his body too and how to pose for the camera comes naturally to him. He is surely going to give tough competition to his star family and it’s pretty evident that nobody would mind that, after all, he’s the heartthrob of the Kapoor and Pataudi khandaan.

So here we’re now! With another adorable and innocent picture of the little munchkin which is sure to take away your midweek blues!

Next Read: Shoaib And Dipika's Mehendi Pics Are Out, Flaunts His Bride's Name On His Hand 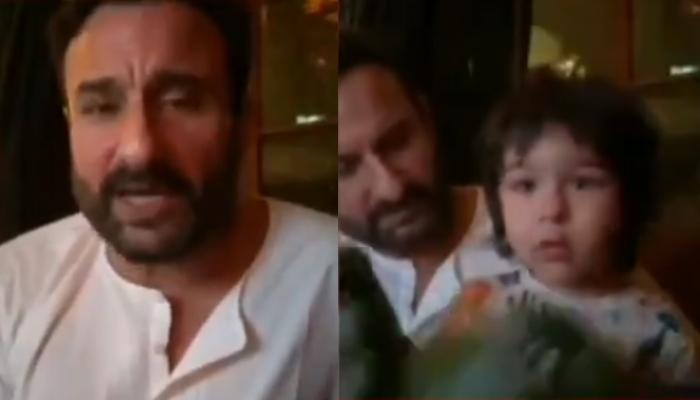