Taimur Ali Khan Adorably Combs His Hair In This Latest Picture, And We Can't Take Our Eyes Off Him

Taimur Ali Khan Adorably Combs His Hair In This Latest Picture, And We Can't Take Our Eyes Off Him The more we get of the paparazzi’s favourite child, Taimur Ali Khan, the more we crave for it. Chote Nawab has increased his fan following with every picture or video of his. Taimur is just one-year-old and has created a stardom for himself which is more than his star parents.

Kareena Kapoor Khan and Saif Ali Khan’s son Taimur’s picture gets viral on the internet in no time. We got our hands on another picture of him from his birthday party. Taimur celebrated his first birthday on December 20, 2017, in his ancestral house, Pataudi palace. Taimur is seen combing his hair with a baby hairbrush. 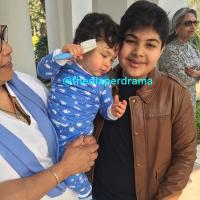 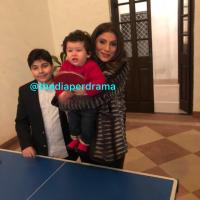 Taimur is looking adorable in his blue pyjama suit cradled in his nanny’s arms. In another pic of him, Taimur is holding table tennis racket and giving cranky expressions. Any expression of him in any picture of him takes the internet by the storm. Taimur celebrated his birthday with his close and dear ones which included his grandmothers Sharmila Tagore and Babita Kapoor, Kareena's father Randhir Kapoor, Kareena's sister Karisma Kapoor with her children Samaira Kapoor and Kiaan Raj Kapoor and Kareena’s best friend Amrita Arora. Meanwhile, during an interview, Saif acknowledged how his wife is taking care of Taimur and said, "I love that she’s such a committed, concerned mother. She’s always been a very loving person but having Taimur has just brought a different love and warmth to her. When she carries Taimur, he looks so much like her; he’s an extension of her." 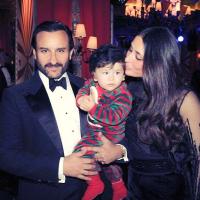 Sharing a hilarious incident of Taimur's meeting with his cousin Inaaya, Soha said, “Then we took Inaaya to meet Taimur in his nursery and that's when they were both awake. They looked at each other for the first time. We tried to take a picture where there was Kareena holding Taimur and me holding Inaaya and we tried to get one picture where all of us are looking somewhat human and decent. I don't think we could. We have one picture where Inaaya is looking somewhere else but at least the rest of us are looking normal. It's difficult with babies but they're still coming into their own which is a little bit older. Maybe, her first birthday is when they will be able to interact a little bit more.” 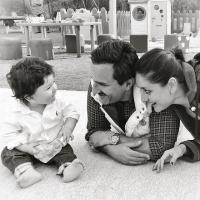 She further added how it bothers Saif when Taimur gets too close to Inaaya, “Taimur is at an age where he wants to explore everything. He is now able to hold things, his grip is getting stronger. He is also into snatching things and throwing them away. Inaaya is too small now and so we are constantly scared to have them too close to each other. Especially Bhai (Saif) gets really worried whenever Taimur tries to get closer to where Inaaya is.”

Hoping for they grow up to be best friends and really close to each other, Soha remarked, “Bhai and I have an 8-year age difference. But Taimur and Inaaya will only have a year’s. I hope they grow fond of each other as they grow up, become best friends. Of course, Taimur is a little older so he will always be the elder brother to Inaaya, protective about her.” She also added, “Taimur and Inaaya are both kids, just a few months apart from each other so it really helps to observe Taimur, follow his growth, the changes and milestones in his life and be more aware and prepared while raising Inaaya. Bhai and Kareena both help Kunal and me with handy tips from time to time which is a blessing when you are a new, first time parent.” 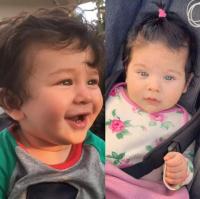 This picture of Taimur has definitely made our day and we are drooling over this little munchkin’s cuteness till we get another glimpse of him!

Next Read: In Her School Dress, Misha Kapoor Walks Hand-In-Hand Like A Boss With Mommy Mira Rajput 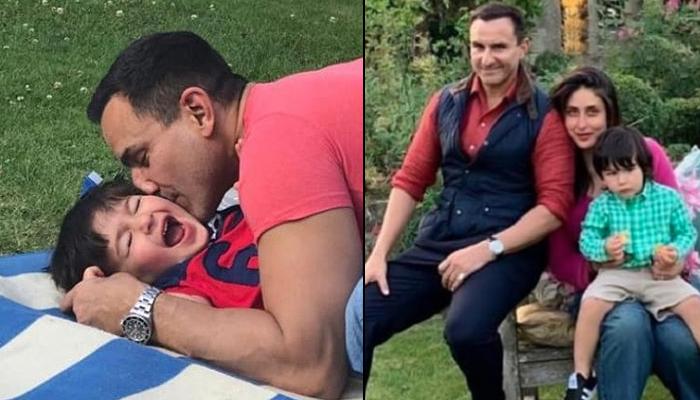