Kareena Kapoor Khan, adorably called Bebo and Bollywood’s Nawab, Saif Ali Khan’s cutesy son, Taimur Ali Khan is always under the radar. He is the most popular star kid in India and with mass consensus, the cutest as well.

Quite naturally; what he eats and what he does, every little detail of his life becomes news. Speaking to a leading magazine about motherhood, when Kareena was asked who changes Taimur’s diapers, Bebo didn’t think for a fraction of second and replied, “Well, to be fair, Saif’s quite hands on.”

Recommended Read: Isha Koppikar And Timmy Narang's Love Tale Tells Us That Matches Are Surely Made In Heaven 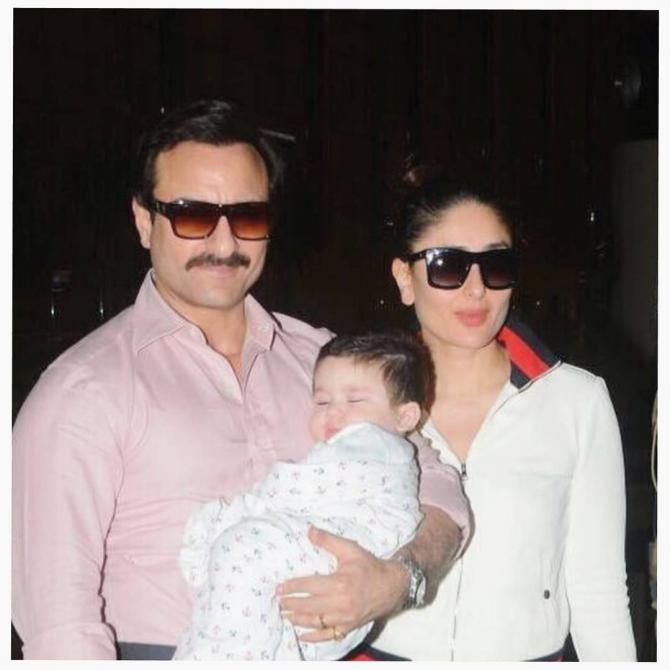 In the same talk, Saif added, “I love that she’s such a committed, concerned mother. She’s always been a very loving person, but having Taimur has brought a different love and warmth to her. When she carries Taimur, he looks so much like her; he’s an extension of her.”

Kareena then added, “Saif is quite English in his approach. I’m quite the Punjabi — I’m always cuddling my son. Saif has to tell me off for squeezing him till he can barely breathe! But he’s only one and I want to enjoy this as much as I can. It’s important for us to create a happy atmosphere in which Taimur can thrive. Obviously, as a working mum, I want to make sure we raise a happy and independent child.”

Suggested Read: After Virat-Anushka, Deepika And Ranveer To Get Engaged, Here Are All The Details

Earlier, in a media interaction, Saif had revealed Taimur’s favourite food, “At the moment I think it’s mashed pear (nashpati) and carrot. The first time he ate solid food after milk was quite an adventure. We gave him dal and mixed potato and he was like ‘hmmm, not bad’. It is fun to feed him.” 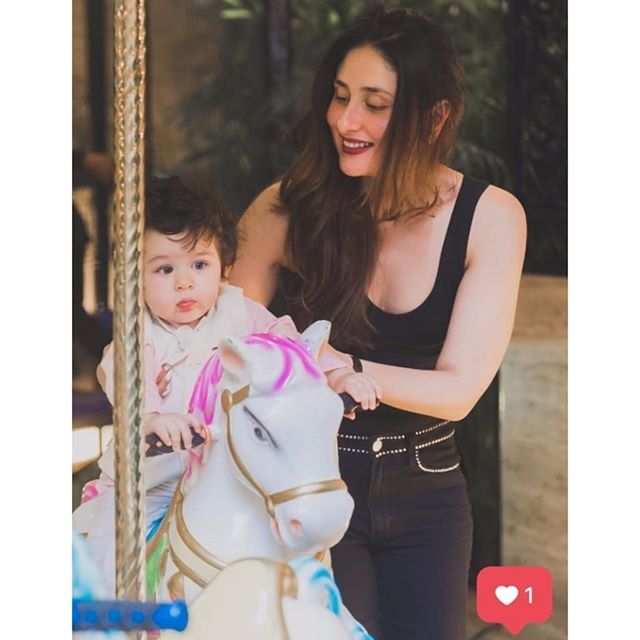 Saif had further added, “I have been leaving my house early and I have started waking him up at around 7. He finishes his feed — he has just started on solid foods — and we spend about 20 minutes together. I read to him or put on some music, or nursery rhymes.”

So, how does Taimur spend his day? To this Said added, “Taimur, incidentally begins his day by listening to aarti. It’s his nanny’s idea. And if I return by 8 pm and he is awake, we spend another 20 minutes together. He begins his day with bhajans and ends his day by listening to Chopin and Tchaikovsky. Other than that he just, burps and farts all day, just like me. (laughs).”

Well, it seems papa Saif has to do all Taimur-related works and mommy Kareena rules the house like she rules the Bollywood.

Next Read: Priyank Sharma Opens Up About His Closeness And Relationship With Benafsha Soonawalla 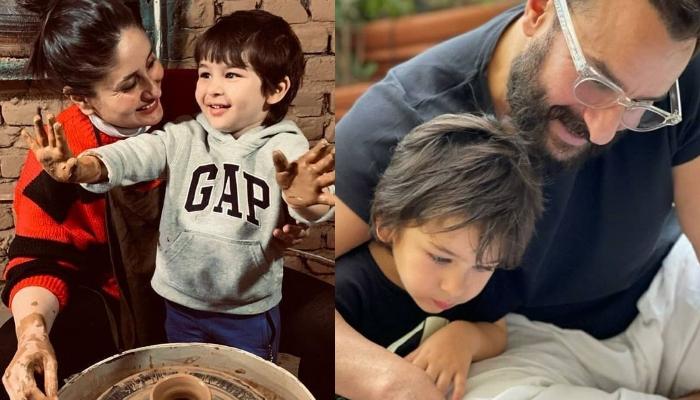