New Daddy, Gurmeet Choudhary Reveals The One Thing He Does With Lianna, Before Leaving Home

New Daddy, Gurmeet Choudhary Reveals The One Thing He Does With Lianna, Before Leaving Home

Gurmeet Choudhary shared a cutesy picture with his daughter, Lianna Choudhary and mentioned the one thing that he does before leaving home. Check out!

Television actors, Gurmeet Choudhary and Debina Bonnerjee have been enjoying every moment of their new parenthood phase with their daughter, Lianna Choudhary. They were blessed with the little princess on April 3, 2022. And since then, the duo often shares beautiful glimpses documenting cutie moments of their lives, and we can't stop gushing over them

On April 27, 2022, Gurmeet Choudhary had taken to his Instagram handle and had shared a video of himself capturing his first dance with his baby girl. The doting daddy was seen holding Lianna in his arms as the little munchkin was wrapped in a onesie, and the adorable video was simply unmissable. Alongside it, Gurmeet had penned:

"First dance with my girl."

Suggested Read: Sonalee Kulkarni Says 'I Do' Again With Husband, Kunal, After Their Wedding Got Cancelled Thrice

A few hours ago, Gurmeet Choudhary took to her IG handle and shared a drool-worthy picture with his daughter, Lianna Choudhary. In the picture, the munchkin was seen wearing a white-coloured teddy printed onesie as her father was hugging her close to his heart. On the other hand, Gurmeet looked dapper in a sea-green coloured T-shirt paired with cargo pants, black boots and a pair of black sunglasses. Sharing the picture, Gurmeet revealed the one thing he does before leaving his home and penned:

"A little hug every time before I leave home ! My little angel #liannachoudhary #gurmeetchoudhary #thurdaymood." 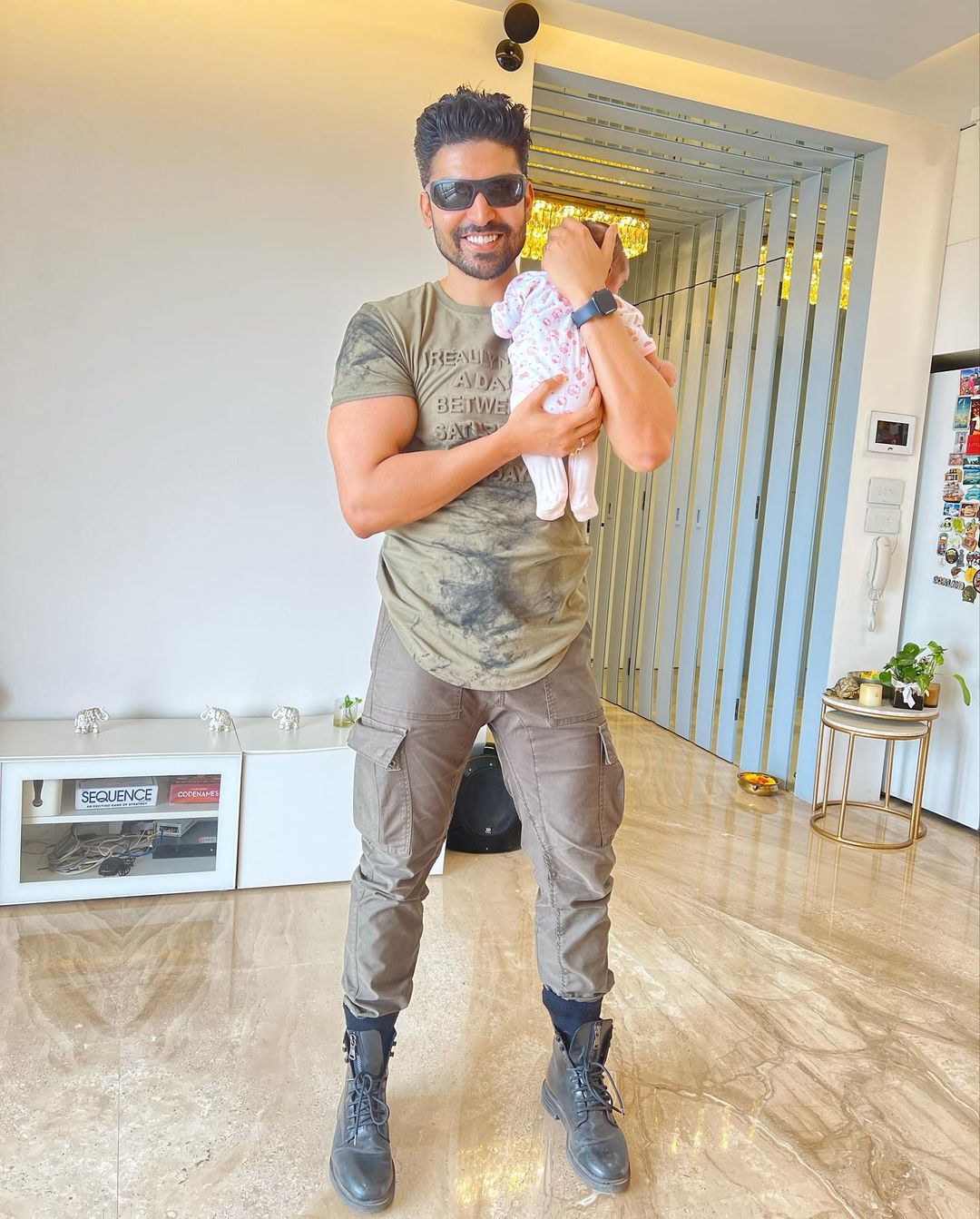 On May 2, 2022, Gurmeet had shared another cutesy picture with his little angel, Lianna. In the picture, Gurmeet was seen staring at the little princess while she was peacefully lying on the bed. The little angel was seen wearing a baby pink-coloured onesie, and her daddy had looked handsome in a black T-shirt. The picture was simply unmissable. Alongside the picture, the dotting daddy wrote:

"That’s how my Sunday looks like.. and everyday, I can keep looking at her for hours and days and minutes..@lianna_choudhary #liannachoudhary #gurmeetchoudhary #sundayfunday #sundayvibes." A few days back, Gurmeet had taken to his IG handle and had shared a playful video with his baby girl, Lianna. In the video, we could see the little princess lying on her daddy's lap and was touching his fingers. Gurmeet was in turn, holding those tiny hands of his daughter and was shaking them gently. The beautiful moment had won our hearts, and it was too cute to miss. The doting daddy had captioned the video as: 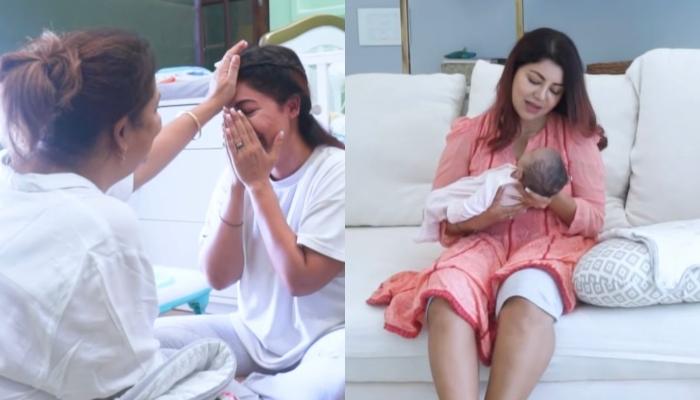 They say when a woman becomes a mother, her only focus is her child. Her life starts revolving around her newborn, and taking out time for herself is next to impossible. However, some women are blessed with a super-supportive mother or mother-in-law, who makes their post-pregnancy journey much easier. Well,