Neetu Kapoor was spotted outside the sets of a dance reality show, 'Dance Deewane Juniors 2' wherein she was initially blessing the paps, however, turns furious upon hearing the word 'bahu'!

Bollywood actress, Alia Bhatt had tied the knot with the love of her life, Ranbir Kapoor on April 14, 2022, at his Vastu residence in Mumbai. Since then, the duo has been enjoying every moment of their marital journey along with their families. Alia's mother-in-law, Neetu Kapoor also never leaves a chance to shower love on her darling bahurani.

Alia Bhatt is also a doting daughter and a loving bahu to her mother, Soni Razdaan and her mother-in-law, Neetu Kapoor respectively. On the beautiful occasion of Mother's Day, i.e., May 10, 2022, she had taken to her Instagram handle and had written a beautiful wish for the two mothers of her life. The actress had shared a picture from her reception party, wherein, she could be seen posing with Soni and Neetu. Alongside it, she had penned:

Also Read: Arjun Kapoor Reveals The Main Reason Of Him Being Stylish, Says It's The 'Women' In His Life 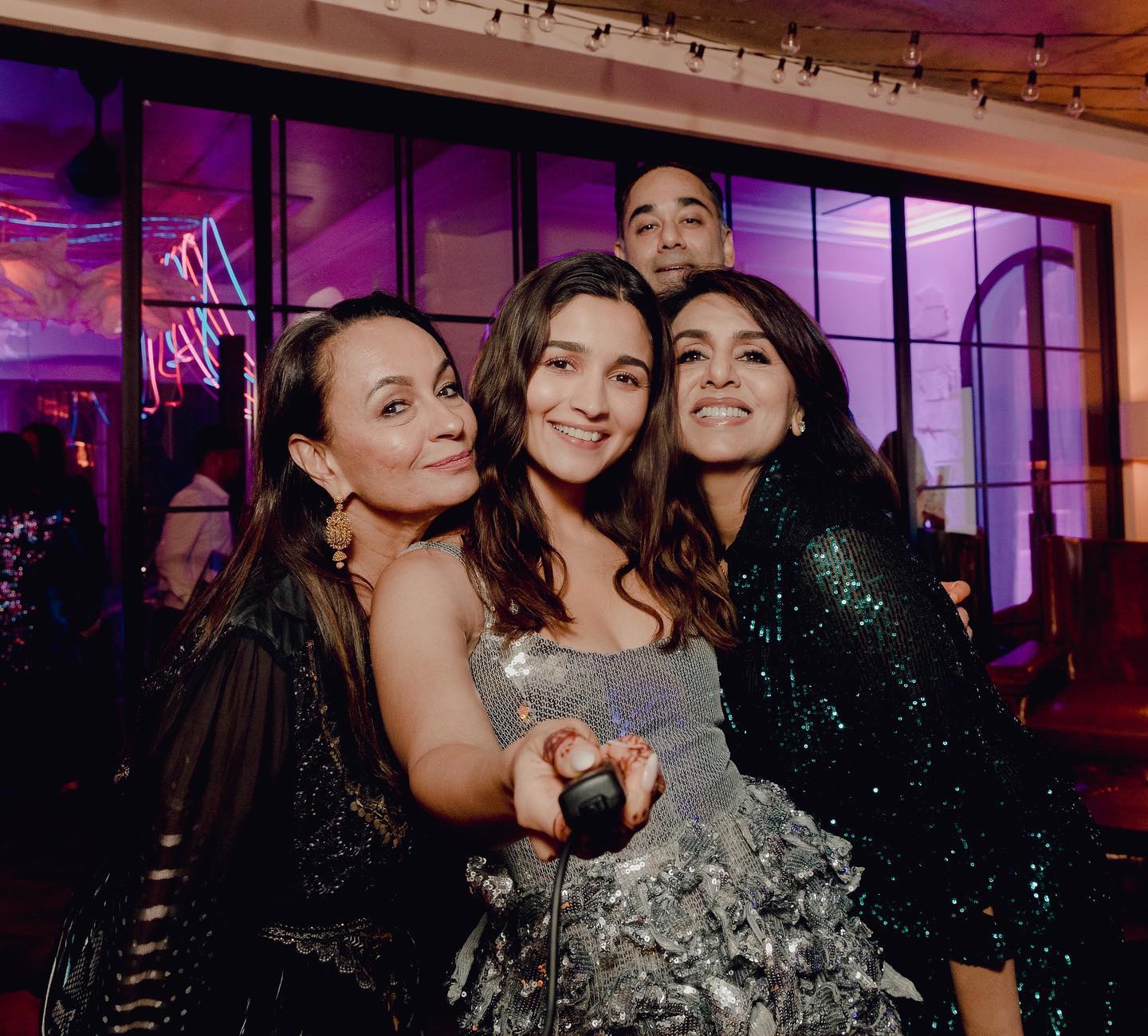 A few hours ago, Alia Bhatt's saasu maa, Neetu Kapoor was spotted outside the show's sets, Dance Deewane Juniors 2. She was seen giving blessings to all the paparazzo present by repeatedly saying 'JugJuggJiyo'. Neetu looked gorgeous in a yellow-hued saree paired with a flared top, crystal jewellery and an open hairdo. Later, someone from the crowd asked her opinion on her reel life bahu, Kiara Advani whose film, Bhool Bhulaiyaa 2, will be soon released. However, as soon as Neetu heard the word 'bahu', she further questioned, "Meri bahu ke peeche kyun pada hai yaar?" Soon her reel life bahu, Kiara shared one of such videos on her stories and wrote: 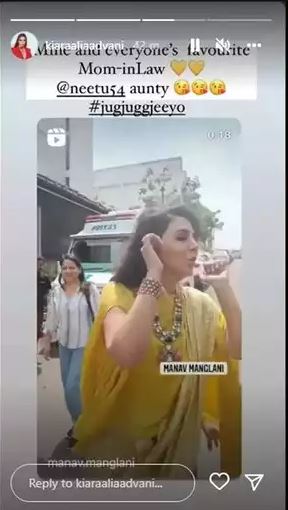 Earlier, on April 27, 2022, the paparazzi had again spotted Neetu at the shoot of her dance reality show, Dance Deewane Juniors 2. In a chit-chat session, the paparazzi had asked Neetu, "Bahu kaisi hai?" To this, Neetu had given her hilarious reply and had said:

Recommend Read: Harsh Varrdhan Kapoor Trolled After He Says Buying A Lamborghini Is The 'Sad Reality' Of His Life

Recently, Alia Bhatt had gone to DJWE2022 in Qatar for a jewellery and watch exhibition. She had shared a series of pictures from the same, and the actress had looked absolutely gorgeous in a white-coloured pantsuit. Her ensemble had featured a long cape with it. As soon as her stylist, Ami Patel had shared the pictures, Alia's saasu ma, Neetu Kapoor couldn't wait to show her love for her and had reshared the post on her IG stories and atop it, she had written, "Gorgeous" with a star-eyed and a star emoticon. 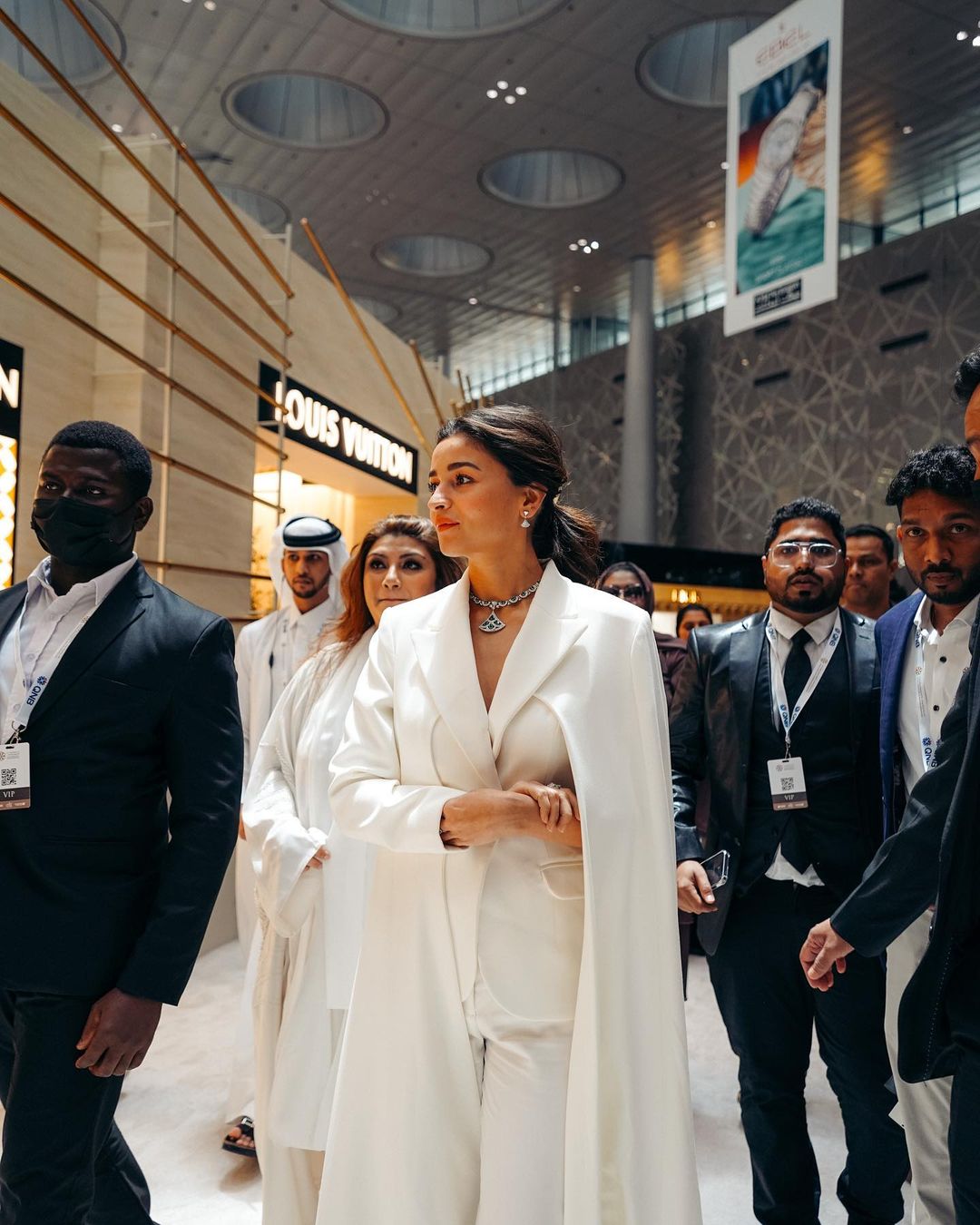 What do you think about Neetu's reaction?

Don't Miss: Young Saif Ali Khan And His Sisters Pose With Their Grandmom, Sajida Begum In This Unseen Picture 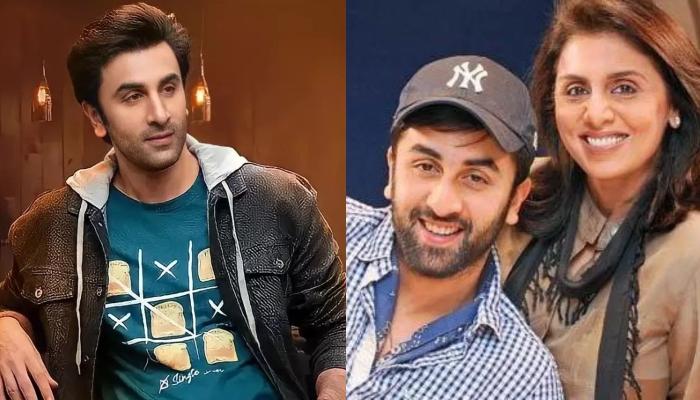 Bollywood actor, Ranbir Kapoor is the son of veteran actors, Neetu Kapoor and late Rishi Kapoor. He had made his debut with the film, Saawariya in 2007, and over the years, he has given some hit movies, including Tamasha, Sanju, Barfi, Yeh Jawaani Hai Deewani, among others. Ranbir had broken millions of