Neha Kakkar is touted as one of the most successful and loved singers from the Bollywood industry. On June 6, 2019, she turned a year older. Checkout the inside pictures from her birthday bash.

Who says that an outsider cannot make his/her name in the showbiz? This small packet badha dhamaaka and powerhouse of talent proves it otherwise. Right from making everyone groove to her performances on Indian Idol 2 in 2006 to being the judge of the same show in its tenth leg, she has come a long way, like really! Yes, the name ringing in your mind is whom we are talking about and it’s none other than, Neha Kakkar.

Touted as the selfie queen, Neha has been reigning so many hearts today. Every second song is sung by her and she has successfully made her own mark not only in the industry but in the hearts of her fans as well. On June 6, 2019, Neha had turned a year older and just like every year, she was overflowed with bouquets, cards and lots of love from her #Nehearts. (You May Also Check: Vivan Bhathena Becomes A Father For The First Time, Introduces His Little One In Game Of Thrones Way) And now, she has again taken to her official Instagram handle to share a few glimpses from her birthday bash. Neha, who looked superbly stunning in her satin baby pink peplum top and matching bell bottoms, celebrated her birthday with her mom, dad, elder sister, Sonu Kakkar and brother, Tony Kakkar along with other family members and a few of her close pals. In a few other pictures, she can be seen slaying in a fluorescent dress teamed up with a high bun. Sharing the pictures from the birthday party, Neha wrote, “My people!! Swipe Right to see them all. Though Papa’s Picture is Missing #HappyBirthdayNehu.” Checkout:

Earlier, on April 9, 2019, it was Tony’s birthday and Neha had shared a heartfelt wish for her dear brother. Neha had shared pictures with the birthday boy from their griha pravesh puja, and had captioned them, “#BirthdayBoy Thank you god for giving me The #BestBrotherInTheWorld Me The #LuckiestSister I Love You @tonykakkar Btw.. Did I tell you that I’m your Biggest FAN??!! Happy Birthday Love!!!!! #TonyKakkar #NehaKakkar #KakkarSiblings.” Take a look at them here: 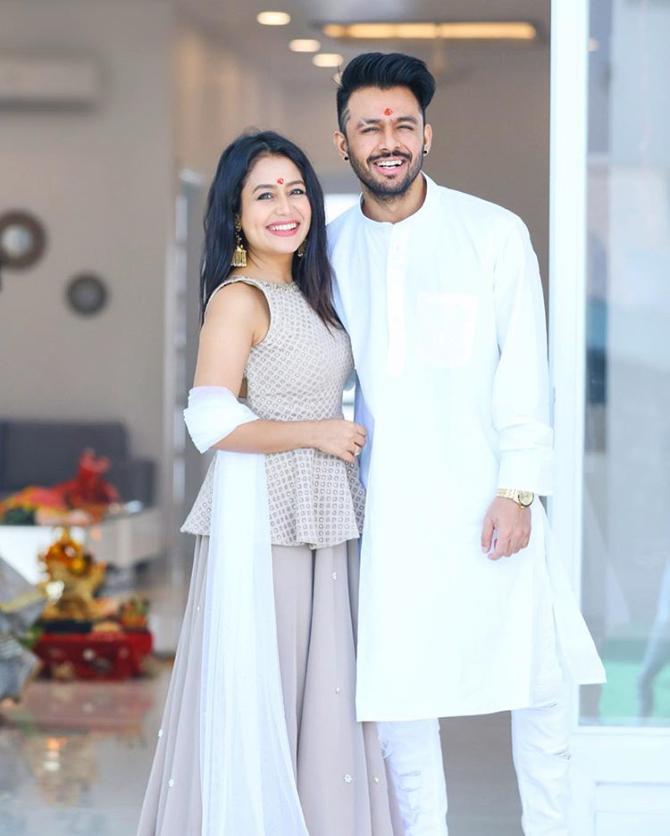 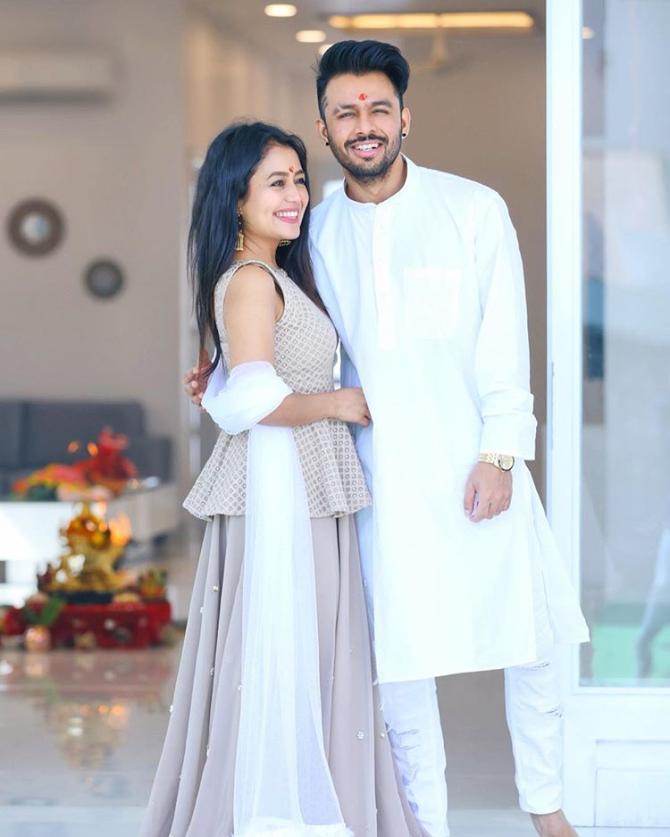 For the ones who don’t know, Neha Kakkar was a participant in a famous singing reality show, Indian Idol. In an interview with a leading daily in 2018, Neha expressed her feelings on not winning the singing reality show, "I feel whatever happens, happens for a reason. I am just glad the way my journey worked out. It has been a tremendous learning experience." (Also Read: Anand Sonam Ahuja Surprises Sonam Kapoor Ahuja On Her Sets, She Couldn't Stop Blushing, Pic Inside) In the same interaction, she had also talked proudly about her accomplishments and was quoted as saying, "I am doing that in fact. My song Mile Ho Tum Humko, written and created by my brother Tony Kakkar, is the most viewed song on YouTube. Another song of mine Maahi Ve has been appreciated a lot. My recent hit Oh Humsafar, which is a romantic song with Himansh Kohli and created by Tony Kakkar, hit 100 million (views) in no time. Which says it all." 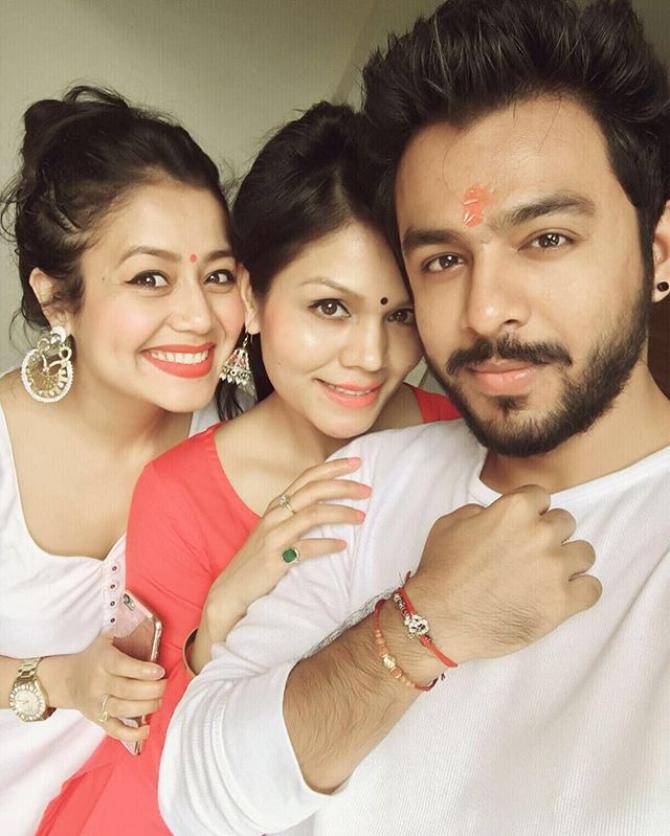 Neha was earlier in a relationship with handsome actor, Himansh Kohli, but soon things fell off and the two parted ways. Their separation got bitter because Neha projected her feelings on social media, which she later realized was not the right thing to do. Himansh had shared a great camaraderie with Neha’s siblings, Tony and Sonu. Today, it seems the strings have broken up, so much so, that the Kakkar clan and Himansh are not on talking terms. 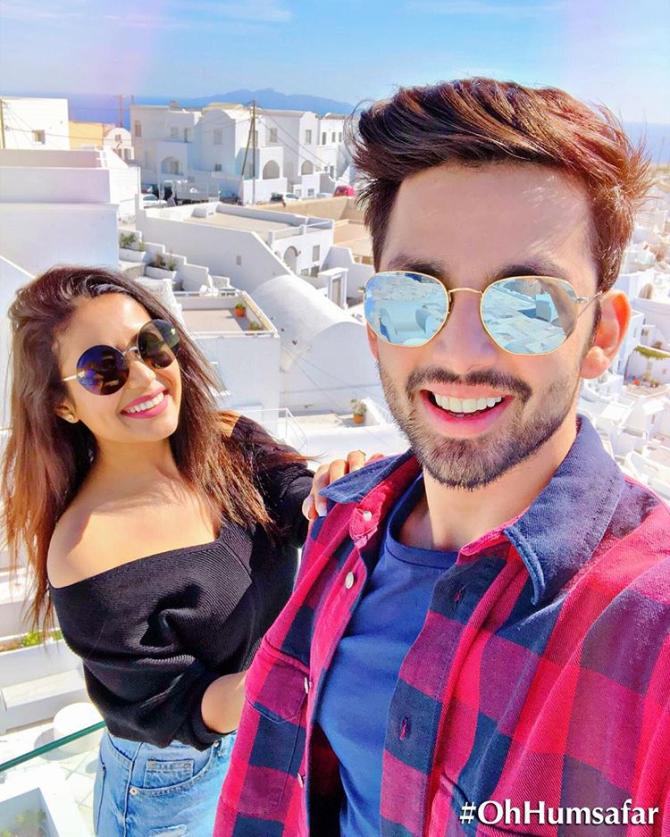 Initially, speaking about their relationship, Neha had once retorted, "Honestly, we just keep on laughing about these reports. I don’t think there’s anything wrong in what they are saying, but it’s not true. Two best friends can totally say they love and adore each other, without any meaning of romance." Later, on December 12, 2018, Neha had shared a series of cryptic Insta stories that hinted towards a rough patch in her relationship with Himansh. (Checkout: Saif Ali Khan Reveals How He Feels When Taimur Ali Khan Is Sleeping Once He Is Back From Work) 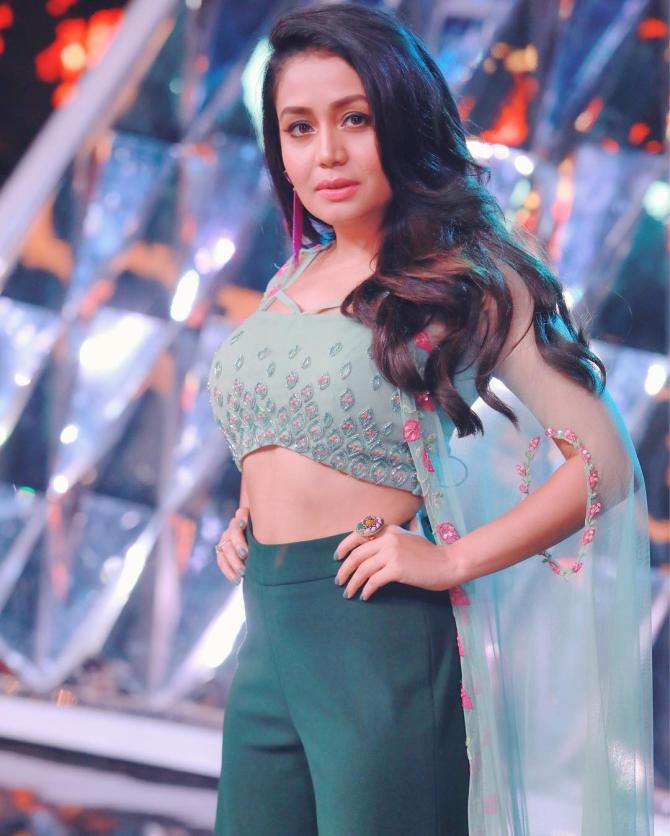 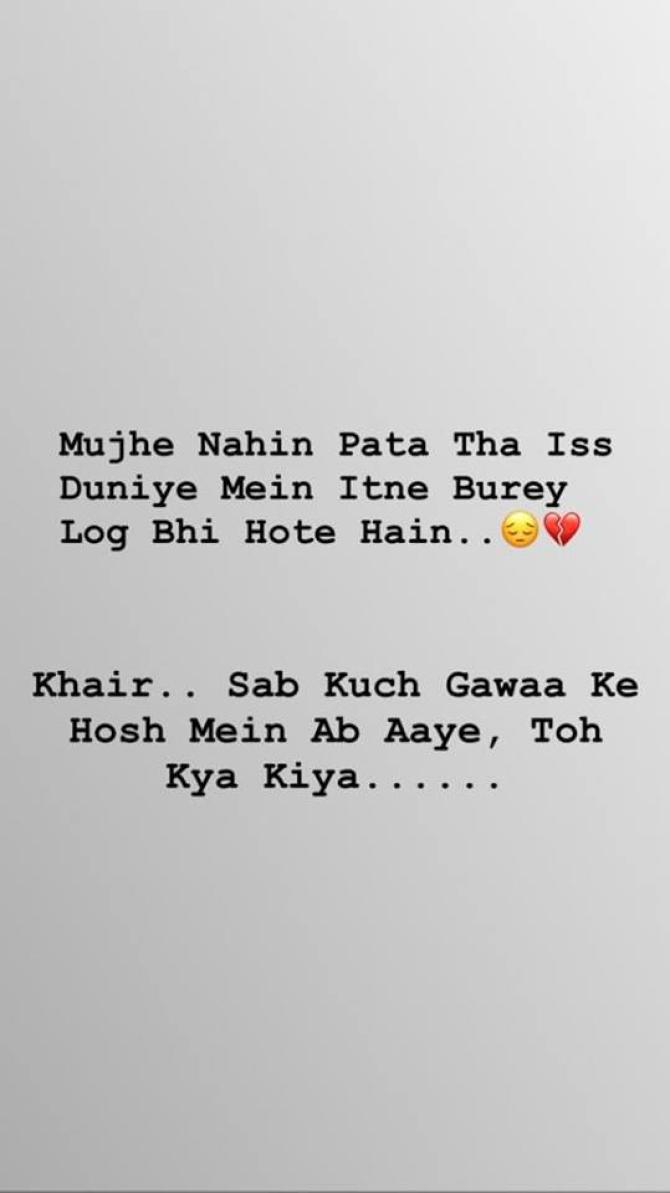 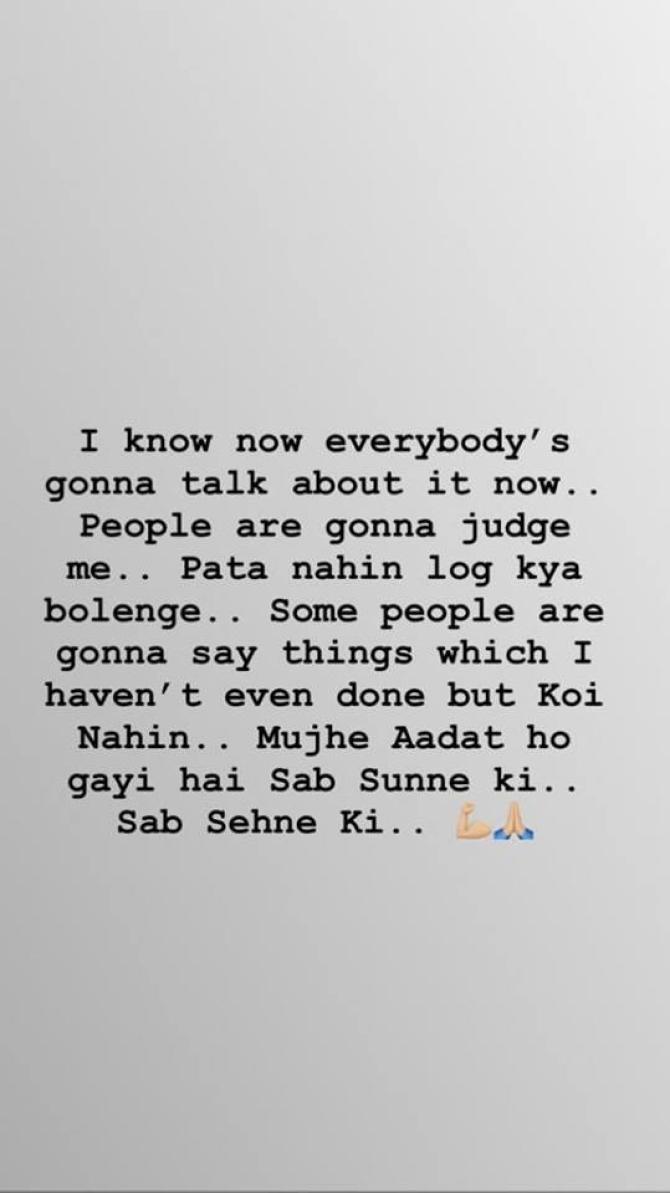 In an interview with the Dainik Bhaskar post her breakup, Neha had shared how tough it was to cope up with the reality, “That phase of my life was very difficult. Yes, I was into depression and it was difficult for me to cope up with it. It was the worst phase; however, I have come out of it now. Right now, all I can say is that being single is the best feeling of my life. You know what, when I was in a relationship, I was not being able to give time to my family and my friends. At that time, I dedicated all my time and energy to that person who does not deserve it. I missed so many beautiful moments with my family members, especially with my siblings. And guess what; in spite of giving him so much time; he always complained of not being together.” 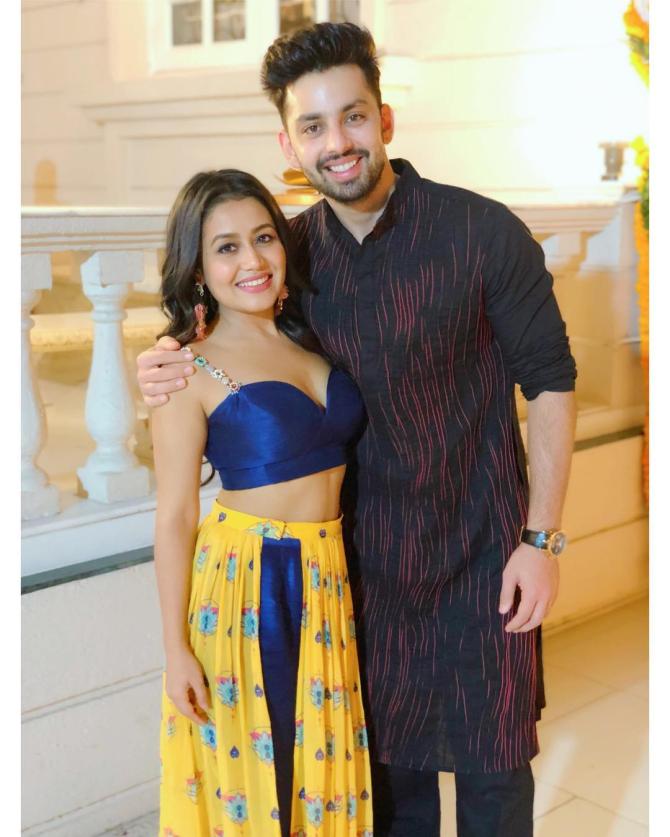 The Chamma Chamma singer had further added, “Thankfully, I have moved on from this bad relationship. I am really in a happy space now. I have realised that my family is more deserving than anybody else in my life. I am happy with whatever happened because that made me realise the importance of my family members. (smiles)” Neha had also shared that she is not open to love again, “With this bad experience, I am not open to love again. As I said, I am happy to be single!”

We wish Neha an ocean full of happiness and love, forever and ever!