After 12 years of marital bliss, Vivan Bhathena and Nikhila Palat embraced parenthood and welcomed a little angel in their lives on June 9, 2019. After Esha Deol and Bharat Takhtani announced the arrival of their second born, Kyunki Saas Bhi Kabhi Bahu Thi fame, Vivan Bhathena updated his fans with a ‘good news’ on his social media handle. Before revealing the same, let us give you a professional brief about Vivan. Known for his prominent roles in films, Chak De! India, Talaash, Hate Story 4 and small screen soap operas like Kumkum, Vaidehi, Maayka amongst others, Vivan has proved his mettle as an actor with his every project. (Also Read: Esha Deol And Bharat Takhtani Become Parents Again, Give Their Second Child A Unique Indian Name)

Despite the fame and stardom, he has received in his professional career, Vivan Bhathena has managed to stay down to earth. Vivan is married to Nikhila Palat and in a throwback 2010 interview, he had revealed how his then two-year-marriage has changed him. Sharing the same with The Times Of India, he had said, “Well, I have become much stronger, and patient. I have learned the art of sharing and adjusting. I was the only child, so I found sharing my space with others a little difficult. Nikhila taught me that. And today, I am a happily married man.” 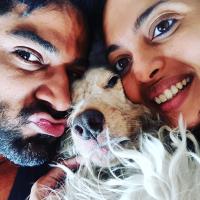 After 12 years of marital bliss, Vivan Bhathena and Nikhila Palat embraced parenthood and welcomed a little angel in their lives on June 9, 2019. Revealing the same and introducing his daughter in HBO's magnum opus, Game Of Thrones way, Vivan wrote on his Instagram handle, “Princess Nivaya Bhathena of the house Palat born during the storm, last of her name, the untanned, pooper of Dragons, breaker of toys and Khaleesi of Jhapas and future Queen of the Puppies and sister of the White Walker Muffin, keeper of papa/mama on the nights watch was born on the 9th of June. Please send us your blessings. #papa #daddysgirl #newlife #pinkcheeks #cutiepie Fyi: nivaya means "sanctuary" or "guardian".” 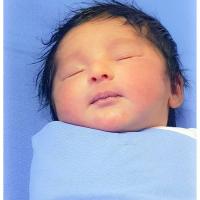 Isn’t she adorable? In a throwback interview with India Forums, Vivan Bhathena had spoken reverently of his then-fiancee, Nikhila Palat and had reminisced an incident when he got the best compliment of his life from her parents. He had said, “The best compliments I have got is from my girlfriend, her parents actually. She had gone through a phase when she was unable to communicate with her parents. When I entered her life and we started dating, somehow because of me or because of how I am, she got back talking to her parents, and in fact, she got closer to them. So the best compliment was when her parents told me that because of you we have got our daughter back, she is much nicer of a person and she is communicating with us. I think if you can affect somebody’s life like that for the better, I think it’s a rare compliment.” (Also Read: Shahid Kapoor Reveals His Wife Mira Rajput Kapoor Brought An Army Of House Helps After Their Wedding) 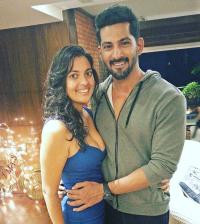 Speaking about the proposal and what qualities he likes in Nikhila Palat, Vivan Bhathena had stated, “Her name is Nikhila Palat, and she is not just my girlfriend, but also my fiancé. I proposed to her on 22nd of July which was also her birthday. We were in Bangkok. What else can I say about her, she is a wonderful person and a very strong individual, a very motivated individual and she motivates me and has helped me grow in lots of ways and has exposed me to a lot of nuances in life which I wasn’t exposed to.” 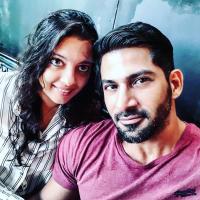 On his birthday in 2014, Vivan Bhathena had revealed what his wife, Nikhila Palat had gifted him and how are they celebrating his special day. Vivan was quoted as saying by Tellychakkar.com, “I have signed a film and the shooting is scheduled for today so I am travelling. Last night my wife gave me a surprise and wished me. Last year I celebrated my birthday with my wife in Malaysia. I wanted my wife to be with me on my birthday but the travelling would have been too hectic for her so we cancelled the plan. My wife gifted me a play station and a massager as I have to travel a lot for the shoot.” 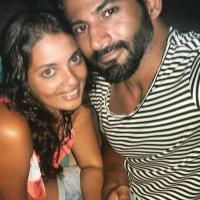 On March 27, 2018, Vivan Bhathena had taken to his Instagram handle and posted a collage of his selfies with wife, Nikhila Palat. Wishing her on their anniversary, Vivan had written, “Very rarely in life you find your soulmate. They may not be perfect according to you but they are perfect for you. They balance out your insecurities and flaws and become your strength and support. They love you through your failures and your successes ups and downs. They never let go even in your greatest stubborn moments and never give up on you. Here is to my co-pilot my wingman my healer my sinner and my saint my lover and fighter. My companion through this journey of life. .My beautiful wife. Thank you for the greatest 15years. I cherish every moment and in our greatest defeats we have stood our ground together and fought through it all. I love u..@nikhilapalat and I'm looking forward to a bright future ahead filled with even more joy and happiness. Here's to you!!!” (Also Read: Sameera Reddy Shuns Trolls In An Epic Way Who Fat-Shamed Her For Flaunting Baby Bump On Her Babymoon) 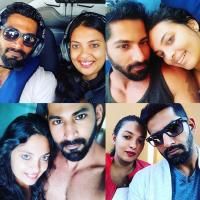 Congratulations to the newbie parents, Vivan and Nikhila! 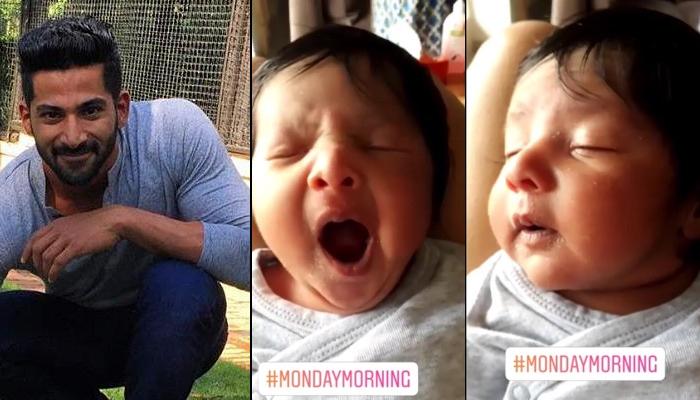 If you are a student or you’re working, nobody likes the ‘infamous’ Monday. Even though we have a happy and chill weekend, as soon as it is Sunday afternoon, the thought that the weekend is almost over makes us want to cry. We can hate it. We can love it (LOL.