Neha Dhupia and Angad Bedi got secretly married on May 10, 2018. And on, November 18, 2018, the couple became proud parents to a baby girl, Mehr Dhupia Bedi. Here's their first-ever family pic! 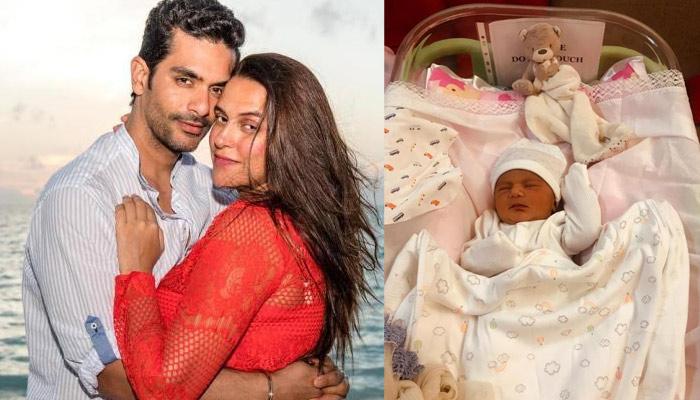 Last year, in May 2018, Bollywood was buzzing with wedding bells of Sonam Kapoor Ahuja and Anand Ahuja. And amidst all of it, everyone got another pleasant surprise when one of the famous celebrities, Neha Dhupia and Angad Bedi tied the knot in a secret Gurudwara wedding on May 10, 2018. Till then, no one even had a clue that they were even dating each other. (You May Also Like: Arjun Kapoor Finally Gives A Clarity On His Wedding Plans With Malaika Arora, Details Inside)

It was on November 18, 2018, six months down their wedding, when the couple embraced parenthood and welcomed a baby girl, whom they named, Mehr Dhupia Bedi. And how time flies in a jiffy! Neha and Angad’s bundle of joy, Mehr is six-month-old already, today on May 18, 2019. Yes, that’s right! The doting mommy and father are on the seventh heaven currently and want to make the best of this lovely day. 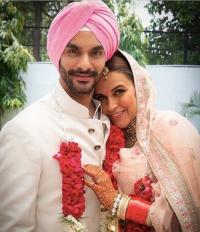 On this happy occasion, the loving mommy, Neha took to her official Instagram handle and shared their first-ever family picture with Angad and little Mehr all three in a single frame. Sharing the below picture, Neha wrote, “Shape of my heart. Our baby girl #6monthstoday.” Checkout:

Talking about the changes after Mehr’s arrival, Neha had once shared, "When you are pregnant, a lot of people tell you a lot of different things. That when you have children 'your life will change' and all of that. (After delivering) your sleep pattern changes, mindset changes and the place in your heart gets occupied.” Adding further, she had said, "The person becomes number one in your head and heart and you are like 'how did this happen in just one second'. My priority is Mehr. But I definitely want to be a working mom, so I prioritise that as well.” (Checkout: Sanaya Irani Reveals Why She Doesn't Want To Work With Her Husband, Mohit Sehgal On Screen) 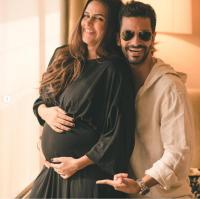 Further, she had also gone to add, "Now, I wish I had 48 hours in a day. There is too much to do and at the same time I have to pack it all in and to go to work. There are so many working moms.” Further, sharing her views on “good or bad mom”, she stated, "Every parent is amazing, whichever way it is. The one who is at home, or the one who decided to go at work. Every mom is amazing. And secondly, you are not alone, most of my friends are working mothers. So, I derive a lot of strength from that.” 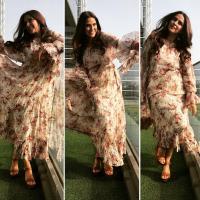 For the ones who don’t know, Neha had kept her pregnancy under the wraps for the first few months. Rubbishing the pregnancy rumours, Angad had earlier stated, “If someone wants to say something, I am not here to comment on anybody's statement. Everybody has a right to their opinion, I feel whenever we want to make anything public, we will as a couple- whether it's our personal front or professional work- whatever we want to share, we will willingly come forward and do that.” (Do Read: Chhavi Mittal's 6-Year-Old Daughter, Areeza Puts A 'Protective Bindi' And The Reason Is Just Perfect) 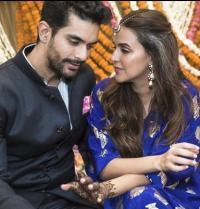 Then, in an interview with the Mid-Day, Neha shared the reason why she didn’t reveal her pregnancy in the initial months. Neha had remarked, “I was worried people would stop offering work. It was a good thing my bump wasn’t showing till the sixth month because appearances matter here, and one might be assumed to be unfit for a job. Fortunately, my energy levels are high.”

And when Neha confirmed her pregnancy, she made sure to flaunt her baby bump in the best possible way. Talking about the same, she had once remarked, “That is amazing. I read an article about a woman who was eight months pregnant and was shooting ‘Black Panther’ and one more. Gal Gadot came back for a patchwork of her films. So, I have also continuously been working and did not go public about my situation, and I was frowned upon on ‘Why is she wearing loose clothing or why is she putting on weight?'” (Don't Miss: Taimur Ali Khan Plays Peek-A-Boo Through Window With His Paparazzi Friends [VIDEO INSIDE])

Congratulations, Neha and Angad! We love this ‘oh-so-adorable’ picture of your little one with you both!