Angad Bedi has been proudly performing all theÂ 'papa'Â duties and now he has come forward to rescue his daughter, Mehr Dhupia Bedi as she leaves home to find Mickey. Check out!

There is no doubt that parents can go to any lengths for the safety of their child. Sacrificing their needs to fulfill their child’s demands and working day and night to bring comfort in their baby’s life is what every parent’s life is made of. Bollywood couple, Angad Bedi and Neha Dhupia are hands-on parents as the working parents ensure that their little baby girl, Mehr is not left alone during their rigorous working hours. Mehr is always surrounded by her parents and together they make for a perfect family. (Also Read: Asim Riaz Is Proud Of GF, Himanshi Khurana As She Comes Out In Support Of Farmers And Joins Them)

Angad Bedi had tied the knot with his best friend, Neha Dhupia on May 10, 2018 in a low-key, hush-hush, Anand Karaj wedding. It was speculated that the couple was pregnant when they had tied the knot, and after 6 months of their wedding, Neha and Angad had welcomed a little doll into their lives, and had named her Mehr Dhupia Bedi. Two days after Mehr's birth, Angad and Neha had posted the first glimpse of their baby girl as she had said hello to the world. While Angad had captioned the picture as "Waheguru MEHR Kare @nehadhupia", Neha had written, "Mehr Dhupia Bedi says hello to the world." And since then, Angad has been proudly performing all the papa duties and we often get to see glimpses of the same. 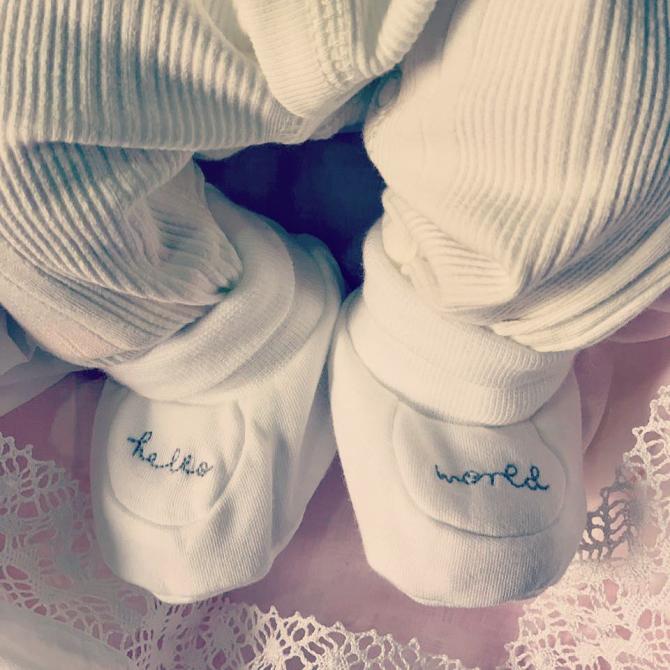 On September 26, 2020, Neha Dhupia took to her IG stories to share glimpses of how perfectly Angad Bedi performs his papa duties. She shared two Boomerang videos on her IG stories sharing how her daughter, Mehr left the home in the search of Mickey and how her father came to her rescue. In the first video, Mehr can be seen in an all-white outfit walking on the road holding her teddy bear and her mumma bear, Neha Dhupia wrote, “Finding Mickey Mouse @mehrdhupiabedi @angadbedi” atop it. In the second video, Mehr can be seen running and Angad can be seen walking in the direction of his daughter. Neha Dhupia wrote, “Papa To The Rescue.. @angadbedi @Mehrdhupiabedi” atop it. Take a look at the screengrabs below: 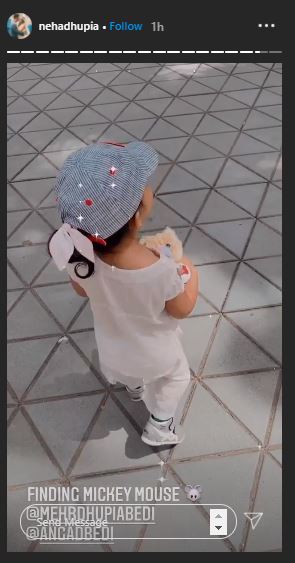 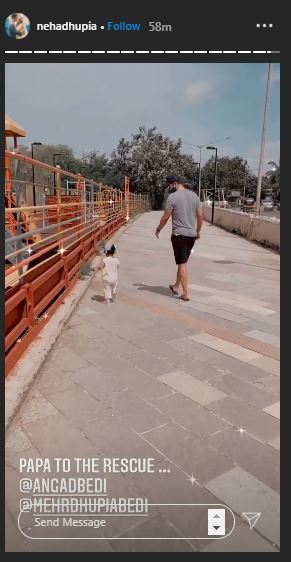 Angad never fails to prove to be the best daddy as he often shares glimpses of his daddy duties on his IG handle. A few days back, Angad had shared a reel of his little doll, Mehr sitting on her bi-cycle and peacefully watching the pigeons on the sea shore. In the video, Mehr’s mickey hairstyle was too adorable to be missed and the doting daddy had added the song, ‘Asmaan Di Pari’ from his own film, Gunjan Saxena: The Kargil Girl in the background. (Recommended Read: Puja Banerjee Twins With Minions, Her Baby Bump And Pregnancy Glow Make Her Look The Cutest)

Angad Bedi not only pampers his little princess, but at times gets into her personal space. For a child, their bed is their fascinating place, where they spend most of their time. And on July 8, 2020, Angad Bedi had encroached Mehr’s fascinating place right in front of her eyes. Neha Dhupia had taken to her Instagram handle to share proof of how Angad had fitted himself in Mehr’s bed with his little girl inside. Neha had also taken a dig at her married life with Angad in her caption as she had written, “@angadbedi taking up the whole bed, again!!!!!” 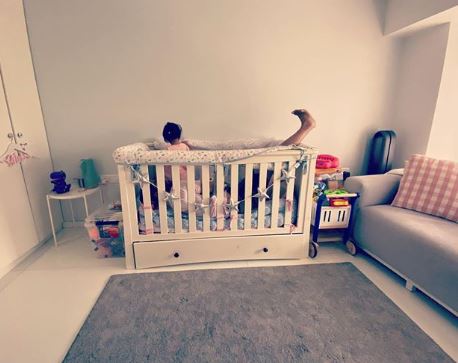 As it is clear that Mehr is daddy’s little princess. Angad too is enjoying his role as 'papa bear' and in an interview with Pinkvilla, he had talked about being a father. The actor had said, "The first time I held her was when she came out of her mother's womb. I cut the chord and for me, it was a surreal moment. You know till the time it doesn't happen you don't understand. When the delivery is about to happen, those are moments I will always consider them as the most special. Winning an award or signing of the film can never be compared to the feeling of holding a newborn in your arms." (Don't Miss: Maanayata Dutt Shares Photos With Hubby, Sanjay Dutt And Kids, Shahraan And Iqra From Their Day Out) 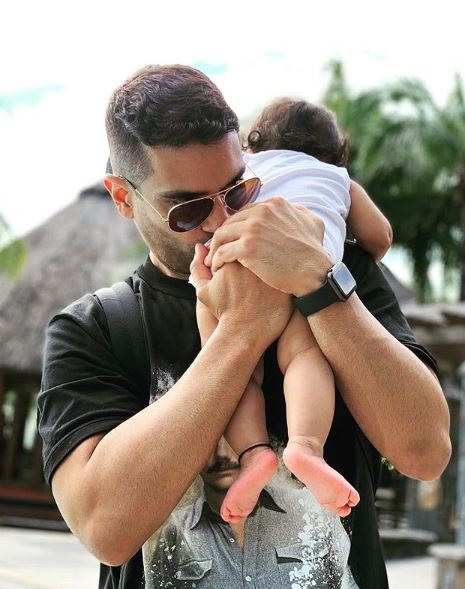