Asim Riaz is proud of his girlfriend, Himanshi Khurana for standing with the farmers and being their voice in the nationwide protest. 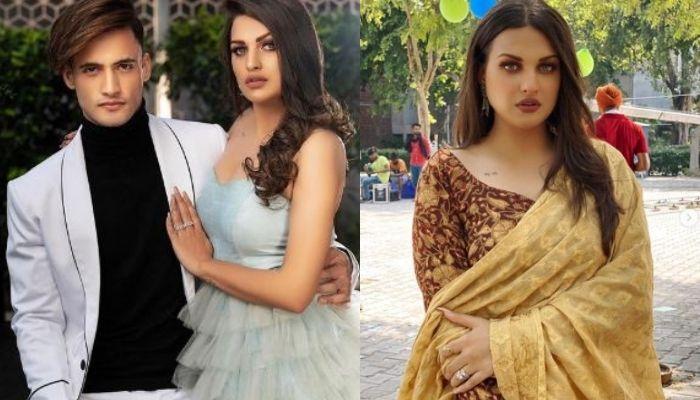 While the media galleries are soaring high on TRP with Bollywood’s drug nexus, the nation is dealing with many other significant issues too. From rise in COVID-19 cases to falling GDP and farm bills, there are various issues that are being neglected while highlighting the drug case of B-town. Three farm bills were passed by Lok and Rajya Sabha during the Monsoon session and are waiting for the presidential approval. In the wake of the same, various farmer groups have called for a nationwide shutdown. The major impact of the same is seen in North India and many Punjabi celebrities have come out in support of farmers. Amongst them, one is Himanshi Khurana as she comes out in their support and this has made her beau, Asim Riaz proud of her. (Also Read: Puja Banerjee Twins With Minions, Her Baby Bump And Pregnancy Glow Make Her Look The Cutest)

Himanshi Khurana and Asim Riaz are a classic example of friends-turned-lovers, as we have seen them in the reality show, Bigg Boss 13. Asim had gone down on his knees to propose his ladylove and could be seen wearing his heart on his sleeves for Himanshi. However, the Punjabi actress had first refused his love, it was after the reality show was wrapped up that the two had started dating and had made their relationship official. Their fans fondly call them ‘Asimanshi’ and their social media PDAs goes viral in no time. Now, Asim Riaz is proud of his girlfriend, Himanshi Khurana for standing with the farmers and being their voice. 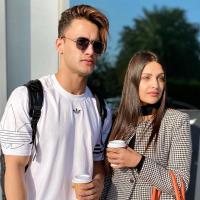 Himanhsi Khurana has joined the protest in Punjab with farmers and has addressed the media in the favour of Indian kissan. Her stand in favour of farmers impressed her beau, Asim, who took no time to appreciate her for her efforts. Taking to his IG stories, Asim shared a picture of Himanshi from the protest in Punjab and praised her. Sharing the picture, he wrote, “Well Done! @Himanshi Khurana” atop it. Take a look: 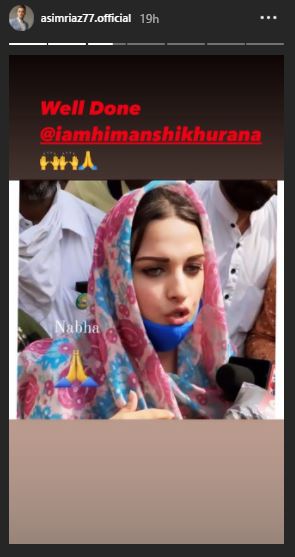 A few days back, the rumours of Himanshi Khurana and Asim Riaz’s breakup were on rife, owing to heart-broken poetries of Himanshi on her Instagram stories. Himanshi had shared a series of poems on her Instagram's story and had written: "Chup hu magar kamzor nahin," and "Hum jaante the tootega magar waada haseen tha." She had also penned a few heart-wrenching words that could be read as "Sab badal gaye, apna bhi haq banta hai", and her last story was, "Sab gyaan dete hain, tum saath dena." Himanshi had also posted a video, wherein we could see her grooving on the song, 'I'll never love again.' However, those were mere speculations. (Don't Miss: Maanayata Dutt Shares Photos With Hubby, Sanjay Dutt And Kids, Shahraan And Iqra From Their Day Out) 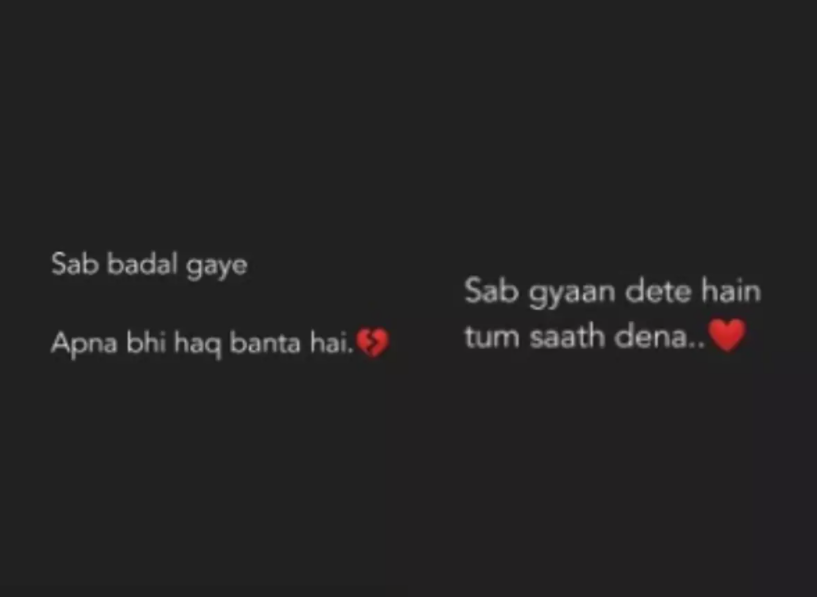 Asim Riaz and Himanshi Khurana were recently seen in a music video 'Afsos karoge' together. A week ago, Himanshi had shared a car-selfie, with her beau, Asim Riaz, promoting their music video. Earlier, in a conversation with ETimes TV, Himanshi Khurana had expressed that any girl would be lucky to have a boyfriend like Asim Riaz. Revealing how she is an exact opposite of Asim she had said, “He is very expressive and any girl would love to have a partner or boyfriend like him. I don't express that much so I get judged a lot. I am a little superstitious when it comes to romance, I feel nazar lag jaati hai. He is a very nice person.” 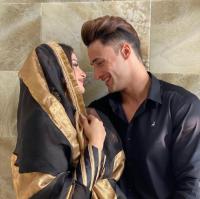 Himanshi had further expressed her views on long-distance relationship and had said, “I don't believe in this short and long distance relationship. It is all in your mind. There are so many stories we are getting to hear about how husband-wife and couples are fighting with each other after staying together for a long period. Everyone wants their other half to go to work and give space (laughs). We both are working, so we are not able to talk to each other that much. When he gets free, I am working, when I get free he's working. But we make sure to try and talk to each other at least once in a day and ask about each other's health, daily routine. We respect each other's space and try to balance that we don't lose focus about work.” (Recommended Read: Sussanne Khan Gives A Virtual Tour Of Her Plush House, Ex-Hubby, Hrithik's Comment Is Unmissable) 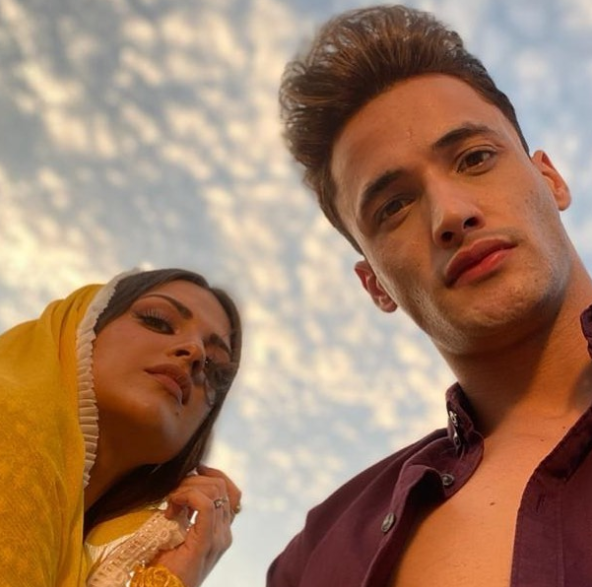 What are your views about Himanshi Khurana’s stand in favour of farmers?