Neetu Kapoor and her granddaughter, Samara made their first dance video and the veteran actress shared the cute video on her Instagram handle. Take a look!

There’s an old saying that a grandparent is old from the outside but is like a little kid from the inside. However, not a lot of kids have the blessing to have some time with their grandparents. The reason why a lot of children crave for this relationship goes to the warmth and unconditional love that grandparents offer to their grandchildren. The only thing, a grandparent wants from his/her grandchild is time and they try their best to make them laugh and fulfil their every wish. To understand the feelings of grandparents a little bit more, let’s have a look at Bollywood’s veteran actress, Neetu Kapoor. (Recommended Read: Mahesh Bhupati And Lara Bhupati Wish Each Other On Their 9th Wedding Anniversary In Paw-Fect Style)

The actress is in awe of her little granddaughter, Samara and never skips a chance to spend time with her. And Neetu's Instagram feed is filled with adorable pictures and videos of her granddaughter. But if you think that’s it, then you’ll be amazed hearing that, Neetu had created a special hashtag ‘#samstories’, which she puts in the caption of her post or story related to Samara. Recently, Neetu took the internet by storm with a cute dance video with her granddaughter, Samara that she has posted on her Instagram handle. 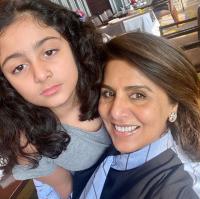 On February 17, 2020, Neetu took to her Instagram and posted a small TikTok video with her granddaughter, Samara. The actress revealed in her caption that it was her granddaughter, Samara, who insisted her to be a part of her TikTok video. However, the veteran actress has hilariously called it a ‘Tik Tok thingy’ and shared important advice for everyone in her caption that can be read as “Sam insisted to do some tik tok thingy had no clue just followed to please her. Sometimes you gotta do things to make your loved ones happy #samstories #totalconfusion.” Seeing the video, Neetu’s daughter, Riddhima Kapoor Sahni was all hearts for her two heartbeats in the comments section and also Alia Bhatt’s mother, Soni Razdan has complimented Neetu and Samara for their beautiful eyes. Take a look. (Don't Miss: Karan Patel Reveals How Marriage And Fatherhood Changed Him Personally And Professionally)

Another instance of Neetu’s unconditional love for Samara had surfaced on the internet. When on June 24, 2018, Neetu had posted a collage in which, she had inserted a picture from her childhood days and on the right, a picture of Samara from her childhood days. The beautiful collage went viral on the internet because of the striking resemblance in the facial features of Neetu and her granddaughter, Samara. Along with the collage, she had written a dialogue from her film, Do Kaliyan that could be read as “Badoan ke gun choton mein aa hi jate hain.” Take a look.

Well, it’s not just about Samara as Neetu is very-much attached with her family members and keeps a check on every person of the family. For instance, when Neetu ji’s husband, Rishi Kapoor was undergoing some treatment in New York related to an undisclosed ailment. Neetu ji was there with her husband the whole time and had shared a mini-album from her New York diaries featuring photos of her granddaughter Samara, Riddhima Kapoor Sahni, Ranbir Kapoor and his girlfriend, Alia Bhatt. Neetu had called all of them as her 'heartbeats' in the caption. Take a look at the pictures: 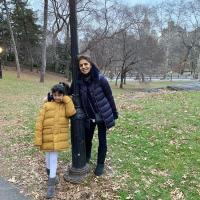 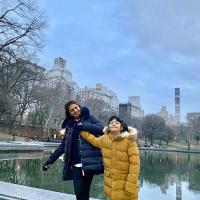 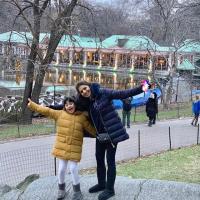 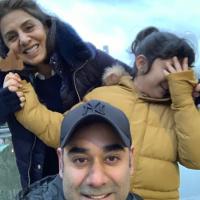 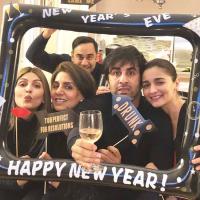 However, in the times of extreme need, no one can forget that it was Neetu, who was standing like a rock with her husband, Rishi Kapoor in his battle against cancer. With all other roles on her back, Neetu fulfilled the role of a wife too with sheer determination and love. In a recent interview with the Deccan Chronicle, Rishi Kapoor had shared how his family and especially, his wife, Neetu Kapoor had been so caring and supportive of him in the past few months. Rishi Kapoor had said, “Neetu has stood by me like a rock. Otherwise, I am too difficult a person to handle as far as food and drinks are concerned. My kids Ranbir and Ridhima have shouldered my problems.” (Also Read: Paras Chhabra Reveals The Advice He'll Give To His Ex-Girlfriend, Akanksha Puri When He'll Meet Her) 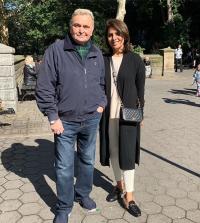 Do you like Neetu Kapoor’s TikTok debut with Samara? Let us know.