For every child, their mother is their biggest support, and Ranbir Kapoor's mother, Neetu Kapoor had also encouraged him to move out of his father, Rishi Kapoor's house to explore life. Check out!

For a son, his mother's embrace is heaven on earth. No matter how old he gets, he always takes his mother's ashirwaad before starting something big. It is his mother's food that comforts his soul and fills his tummy and no one can ever take her place in a son's heart. There is no bond as beautiful as a mother and her son. From being friends to being each other's advisor, their relationship promotes with time. And an exactly similar relationship is shared between Bollywood actor, Ranbir Kapoor and his mother, Neetu Kapoor. (Recommend Read: Karan Johar's Son, Yash Johar Reveals The Reason Behind Combing His Hair And It's Adorably Hilarious)

Neetu Kapoor and Ranbir Kapoor share a beautiful bond for each other. Like a doting son, Ranbir confides in her and Neetu ji like a perfect mommy gives the right advice to her son. Neetu ji turned Ranbir from a carefree boy to a gentleman. And in a throwback interview, Ranbir Kapoor had revealed how his mother had asked him to move out of his father, Rishi Kapoor's house. Strange, no? But in a society that believes in the concept of a joint family, Neetu ji thought of letting her son explore the world and understand life which he might miss by living with the luxuries of life in his family home. Scroll down to know the complete story! It might sound like a piece of weird advice coming from an Indian mommy, but Neetu ji knew her son's best interest. In a 2015 interview with Absolute India, Ranbir had shared how he had always wanted to live alone and it was his mother, who had encouraged him to move out. He had shared, "I have always wanted to live alone. but it was actually my mother's idea. She told me that I'd been in my father's house for too long. Of course, in India, there is a certain tradition where the family stays together, but she really wanted me to experience life on my own." 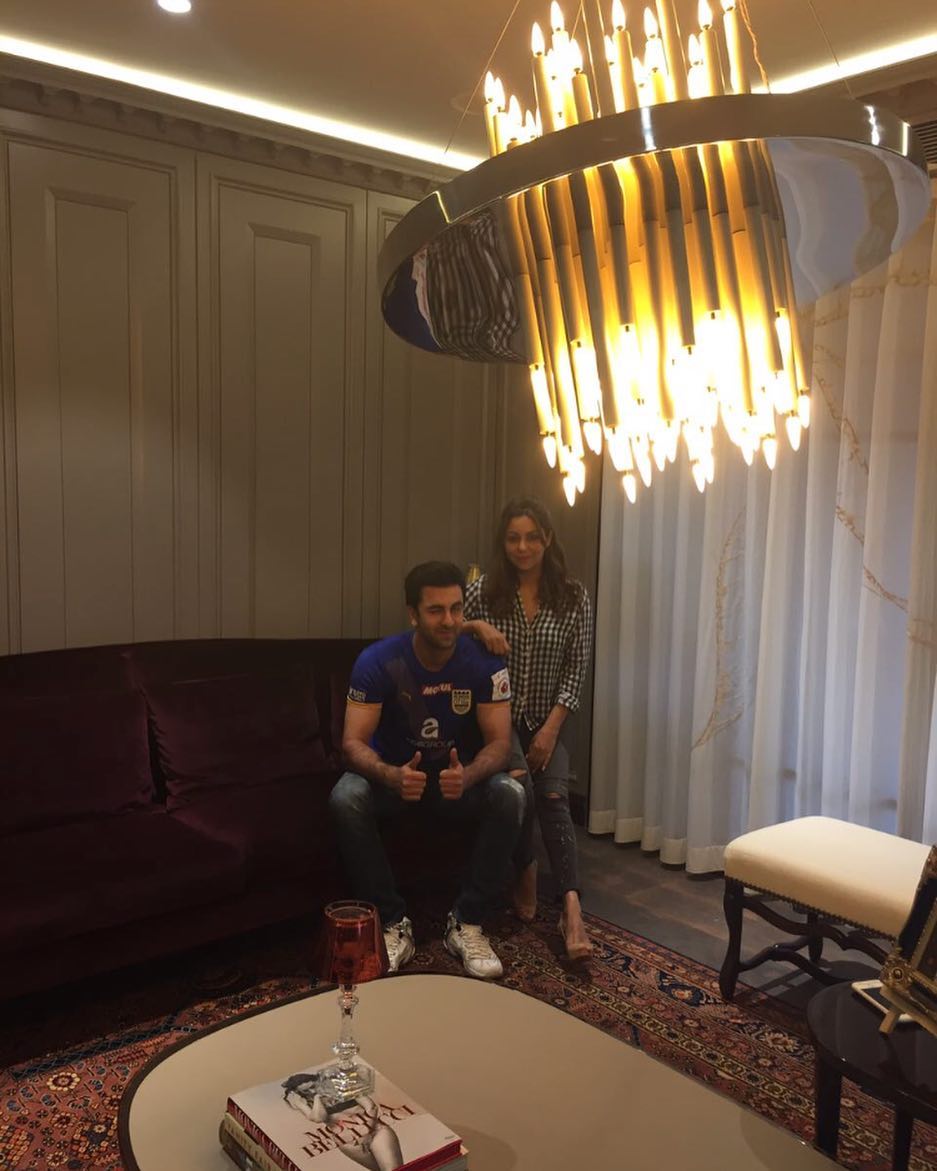 Elaborating a little more, Ranbir had shared that initially, he was a bit hesitant as he was comfortable living with his parents. The actor had shared, "Initially, I was a little hesitant with the idea because I was very comfortable living in the house. My parents have never encroached on my space. I have lots of space in the house. But she was insistent and she wanted me to do it. Now, I realise that it is one of the best things I have done because there is a sense of ownership you feel when you live on your own." Ranbir had beautifully expressed how the moving out process helped him turn into a man. He had stated, "In my father's house, I would always be the boy. In my own house, I can be the man of the house. That transition was very important to me."

Well, this decision helped Ranbir in exploring life and his own self, and Rishi Kapoor had also talked about it. In an interview with the Mumbai Mirror, Rishi ji had talked about the same and said, "My father gave me space when I moved out after marriage and I give Ranbir his space too when he decided to move out and share a home with his girlfriend. In this house, he had one room: how could that be enough for a 33-year-old boy? He’s a great son, he listens to me but I don’t interfere in his career because my career is mine and his is his. I know I’ve screwed up my relationship with Ranbir even though my wife kept telling me about what I was doing. It’s now too late to change it; both of us will not be able to adjust to the change. It’s like there’s this glass wall, we can see each other, we can talk, but that’s it. He doesn’t live with us anymore, which is also a very big setback to Neetu and me. We’re building a new home where there will be a lot of place for him and his family. Till then, life goes on." (Also Read: Divyanka Tripathi Dahiya Tried Superstitions To Save Her Relationship With Ex-Beau, Sharad Malhotra) In the same interview, Rishi ji had given the credit for Ranbir's gentleman behaviour to his wife, Neetu Kapoor. He had said, "I’m told, and I’m very proud of it, that Ranbir is very well behaved, polite, down to earth, decent, cultured, well-spoken, warm, and respects his elders. The credit for all this goes entirely to Neetu. I was diametrically opposite when I was his age, being arrogant and brattish, but what the hell? It was 1974, I was being paid a salary of Rs 5 lakh a month and half the world was crazy about me. But now I’ve mellowed." (Don't Miss: Irrfan Khan Had Congratulated His Son, Babil On Seeing 'Love Bite' On His Neck)

No doubt, Neetu ji is a super mommy!