Bollywood actor, Nawazuddin Siddiqui's estranged wife, Aaliya has shared a call recording, and the actor can be heard warning her of a defamation case in court. Listen now!

After spending 11 years with each other, Bollywood actor, Nawazuddin Siddiqui and his estranged wife, Aaliya has filed for divorce and are in a legal battle of accusations. We have already seen Aaliya accusing Nawazuddin of not taking care of her emotionally and supporting her. With some ground-breaking revelations about her personal life, she had revealed that Nawaz's mother, brother, and sisters had tortured her for years. However, she filed for divorce so late because she was compromising but can't take that torture anymore. (Recommended Read: Dipika Kakar Surprises Hubby, Shoaib Ibrahim With A Belated Birthday Gift, He Is Elated [Pic Inside])

Things have gone beyond the four walls, and every day we hear some indigestible revelations from both side. This time around, it's Aaliya, who has shared the recording of a voice call with her estranged husband, Nawazuddin Siddiqui. Take a look! 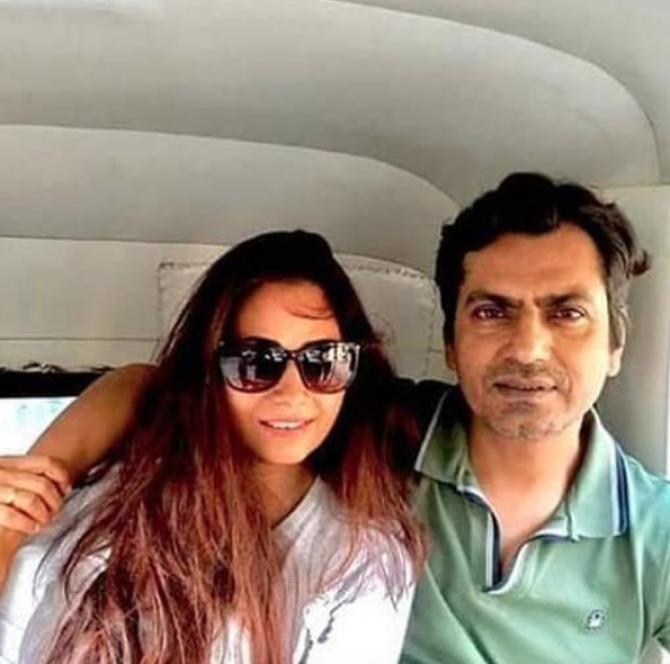 On June 29, 2020, Bollywood's one of the most prominent actor, Nawazuddin Siddiqui's estranged wife, Aaliya has dropped a bomb in the skin of an audio clip on her official Twitter handle. In the audio clip, we can hear her having a conversation with Nawazuddin Siddiqui. The two can be heard talking about unmasking each other in the court. The actor can be heard saying that he’s thinking of filing a defamation case against her as a reply to her accusations on his brother, Shamas Siddiqui. Along with the audio clip, Aaliya wrote a caption, and it can be read as “My conscience is not for SALE nor am I scared of false Defamation cases @Nawazuddin_S U can go to any extent to save @ShamasSiddiqui who harassed me right under your nose. I don't care. CDR matter & stalking is just a small example. I will show ur true face to the COURT SOON.”

U can go to any extent to save @ShamasSiddiqui who harassed me right under your nose. I dont care.

CDR matter & stalking is just a small example. I will show ur true face to the COURT SOON pic.twitter.com/RGT6054IDj

Right from the beginning of this court battle, we have witnessed a lot of serious accusations being made by the estranged wife of Bollywood actor, Nawazuddin Siddiqui. But one of the ground-breaking allegations that she had made was against Nawaz’s brother, Shamas Siddiqui stating that he had beaten her. In an interview with Bollywood Life, Aaliya had revealed, “He (Nawaz) had never raised his hands on me, but the shouting and arguments had become unbearable. You could say though that only that was left. Yes, but his family has mentally and physically tortured me a lot. His brother had even hit me. His mother and brothers and sisters-in-law used to stay with us only in Mumbai. So, I've been bearing a lot for too many years.” (Don't Miss: Sushmita Sen Shares A Childhood Picture Of Her Not-So-Little-Anymore Daughter, Renee) 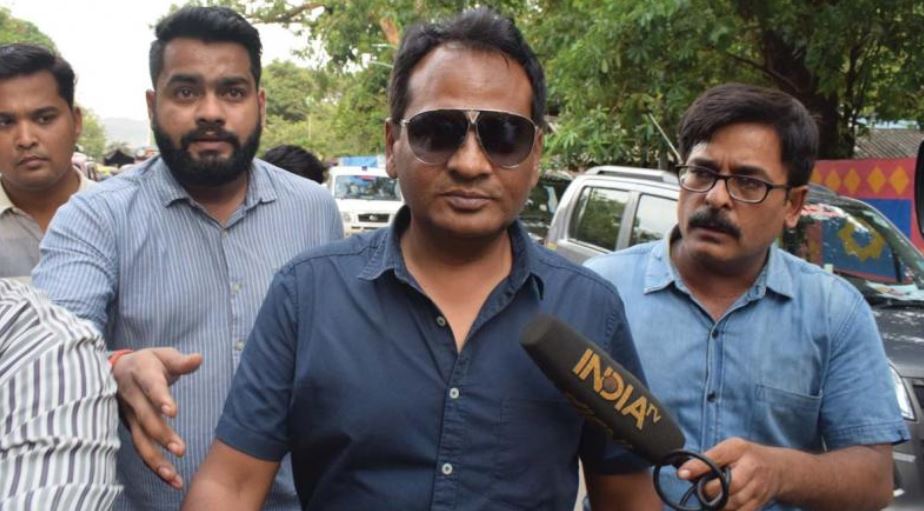 There are a lot of issues that need to be settled down between the two in court, and one of them is the custody of their kids, Shora Siddiqui and Yaani Siddiqui. In the same interview, Aaliya had discussed her take on the custodial rights of their children and had explained, “However big an actor you've become, what's the point if you're not a good person? What's the point if you can't respect your wife and kids? Our kids don't even remember when their father last visited them. It's been 3-4 months since he's met his kids, but he doesn't care, so even the kids have become used to it and don't ask for him. I want sole custody of my kids.” 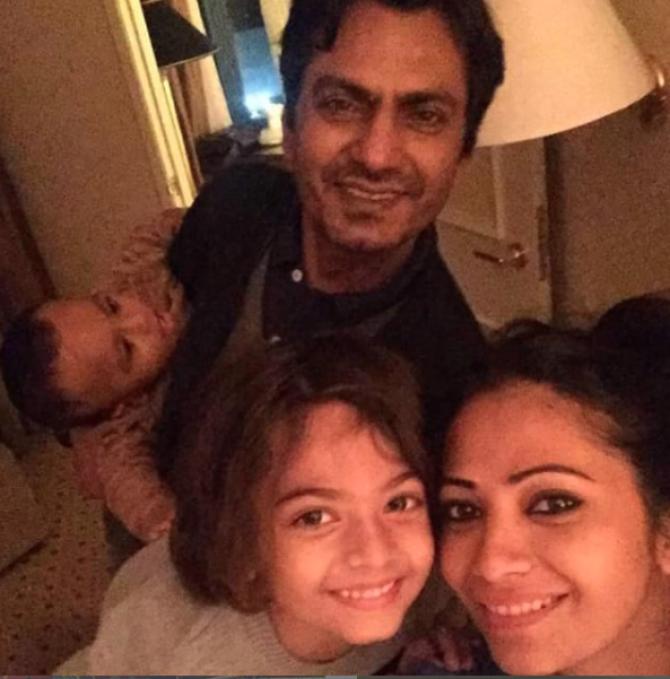 Since a long time, Nawazuddin Siddiqui was quiet on the matter and the accusations made by his estranged wife, Aaliya on him and his family members. But recently a report from The Times of India had revealed that a notice had been sent by Nawazuddin’s lawyer as a detailed reply to all the accusations made by Aaliya. In the legal advice, Nawaz’s lawyer, Adnan Shaikh had said, “My client is still paying EMI. Other children related expenses too. Divorce notice was replied to, but again, she has stated the contrary to defame through this well-thought slander campaign.” After the news of Nawaz’s reaction had come out on the internet, Aaliya had given a befitting reply to the actor with her tweet, and it could be read as “Good that you have finally spoken @Nawazuddin_S Do await my reply. I will have no reasons to now hold back any actions as sought to be initiated against you by me.” Take a look. (Read Also: Rucha Gujarathi's Husband, Vishal Jaiswal Pens A Loving Note For The Soon-To-Be-Mommy) 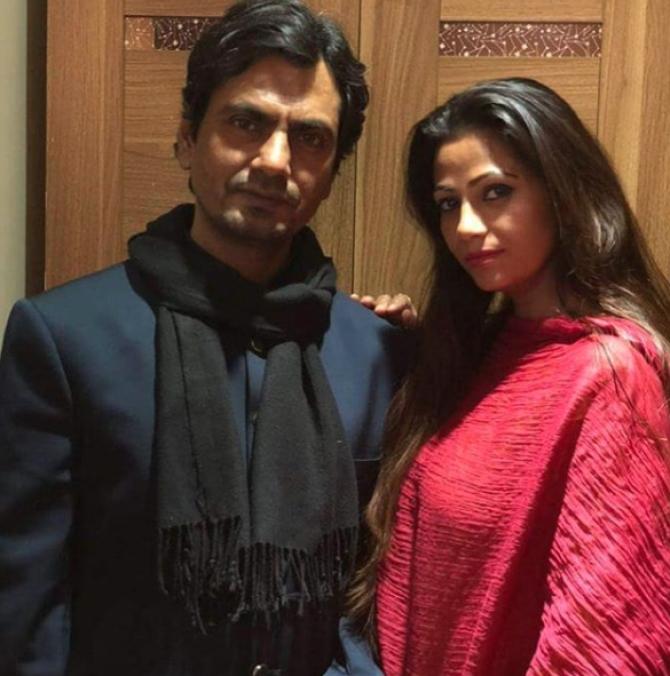 Well, it seems like their legal battle is going to have an ugly turn soon! 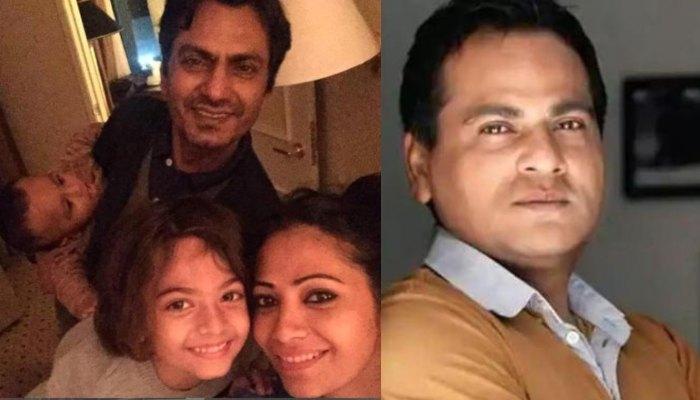