Navya Naveli Nanda took to her IG handle and posted a 'mood board' picture. Her BFFs, Suhana Khan and Khushi Kapoor commented.

Amitabh Bachchan's granddaughter, Navya Naveli Nanda, Shah Rukh Khan's daughter, Suhana Khan, Sanjay Kapoor's daughter, Shanaya Kapoor, Boney Kapoor's daughter, Khushi Kapoor and Chunky Panday's daughter, Ananya Panday are childhood best friends, and their adorable social media banters on each other's pictures can be seen often. For the uninitiated, Navya Naveli Nanda is a Fordham University graduate and co-founder of a healthcare portal, Aara Health. While her BFFs, Suhana, Khushi and Shanaya are striving to make a career in Bollywood, Navya had clarified in an interaction with Vogue India that she is not interested in making a career in Bollywood.

Suhana Khan Turns Muse For Gauri Khan, BFF Ananya Panday's Banter With Her Is Every Girlfriend Ever

On January 28, 2021, Navya Naveli Nanda had shared a 'How it started v/s how it's going' picture with her girl gang on her IG handle. In the first picture, we could see little Suhana, Shanaya, Ananya and Navya, posing cutely for the camera in their swimsuits. The other picture had featured the gorgeous divas partying together and having a gala time. 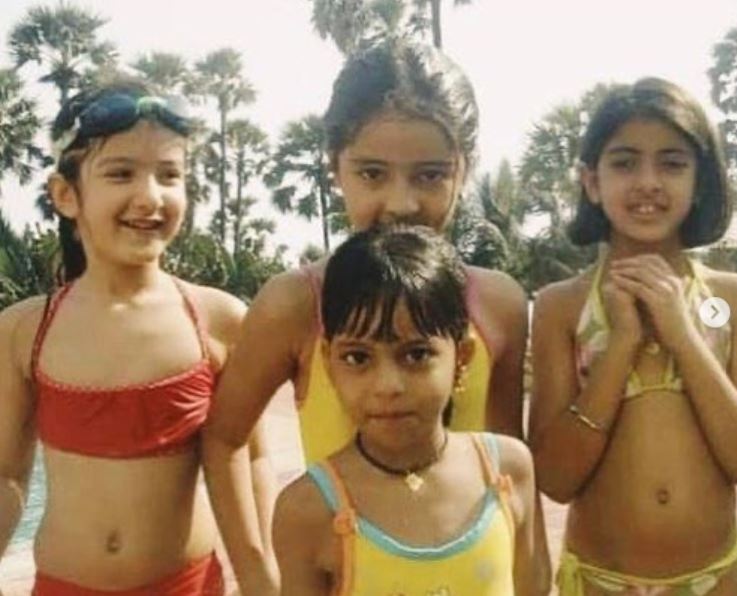 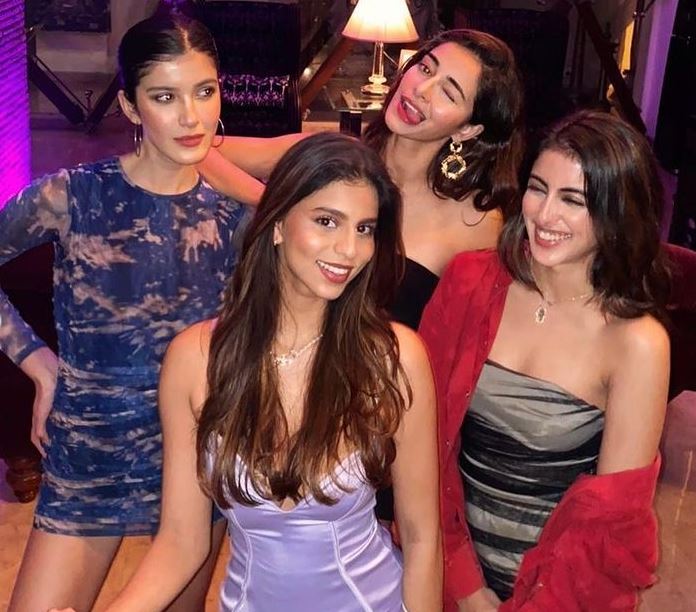 On March 24, 2021, Navya Naveli Nanda took to her IG handle and posted a 'mood board' picture. Navya looked pretty in a black t-shirt displaying her different moods in the picture collage. On her post, her BFF, Suhana Khan dropped two lovestruck emojis, while Khushi Kapoor wrote, "Coming to you." To Khushi's comment, Navya replied, "Fast." 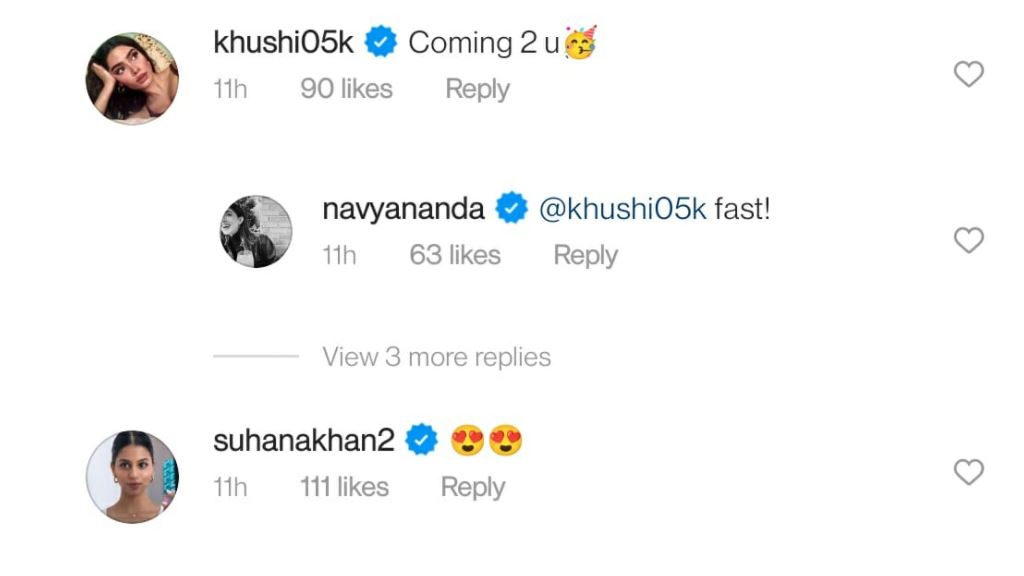 On March 23, 2021, Navya Naveli Nanda had posted a happy picture on her IG handle. The star daughter had donned a black leather jacket over a red top, her tresses left open, and her beautiful smile for the camera had made the picture look breathtakingly beautiful. On the picture, Navya's bestie, Shanaya Kapoor had dropped a red heart emoji and had written, "Beauty." 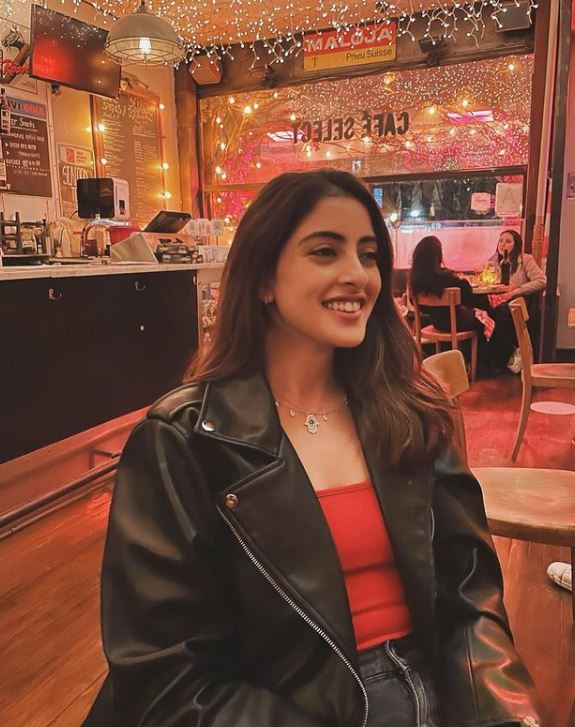 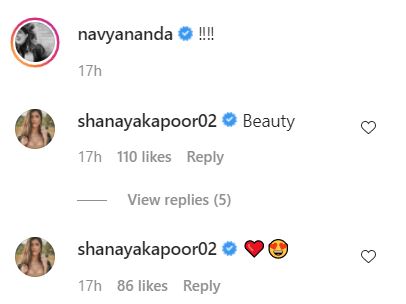 On February 24, 2021, Navya's BFF, Suhana Khan had shared a stunning picture on her IG handle and a Boomerang in which she could be seen grating cheese. The gorgeousness had looked beautiful in her beige co-ord, perfectly paired with a light necklace, neatly combed hair, and some subtle make-up. Along with the picture and video, Suhana had written, "Say" followed by a cheese emoticon in the caption. Soon, her BFF, Navya Naveli Nanda had dropped a comment, and it could be read as "Ohkaaayyy" followed by a fire emoticon.

Navya Naveli Nanda is quite active on IG and often posts about her startup venture, Aara Health. In a conversation with Vogue India, Navya had talked about what drove her to launch this startup, which works to provide health care facilities to rural women. Talking about how she has always been around working women, be it her dadi, Jaya Bachchan, her mami, Aishwarya Rai Bachchan or her mother, Shweta Bachchan Nanda, Navya had said, "I've grown up around working women in my family—my grandmother, my mother, my bua—it's all I've known. To bring that change, you have to start with education and financial independence." Further, explaining her project and the work she intends to do, Navya had said, "I want to use the resources, people, privilege and platforms that I have to spread awareness and bring change. Studying abroad, I found the women there far more emancipated. I want women in India to feel the same way, to be given similar opportunities. I want them to be masters of their own destiny and take charge of their own lives. I've grown up around working women in my family—it's all I've known. To bring that change, you have to start with education and financial independence. That's where Project Naveli comes in."

We're in awe of this girl gang of Bollywood!