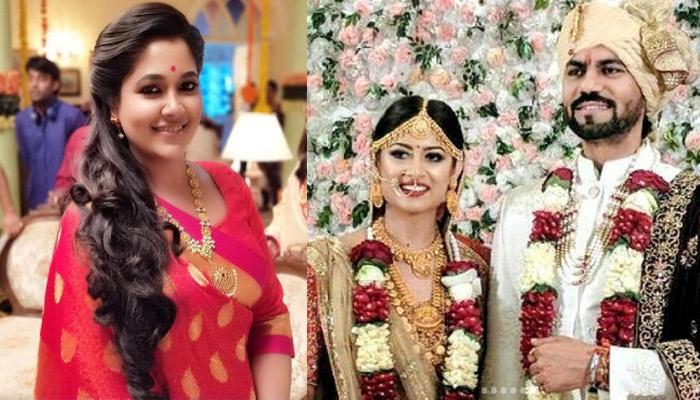 Just recently we gave you the news about ex-Bigg Boss contestant, tall and long-legged TV actor, Gaurav Chopra tied the nuptial knot in a secret ceremony with Hitisha Cheranda who happens to be a fashion consultant in Vogue and a stylist. Earlier Gaurav was in a relationship with Kyun Ki Saas Bhi Kabhi Bahu Thi fame Narayani Shashtri but later, they parted ways by ending their eight-year relationship.

After Gaurav’s marriage news went viral on the internet, SpotboyE exclusively spoke to his ex, Narayani who is enjoying her marital bliss with Steven Graver aka Tony since two-and-half years. In an interview, Narayani was asked if she would like to talk about her ex-Gaurav Chopra’s marriage, she was quoted as saying, “Sure. Why not? Main zaroor bolna chahungi. Ask.” When asked about the reason for missing her ex's marriage, she retorted, “Well, I was supposed to go to the wedding. But on Feb 18 when Gaurav got married, mere shoot ka last day tha. And, I couldn't go.” She even spoke about the newly-wedded couple and said, “Gaurav and Hitisha, both, are amazing people. They are perfect for each other. Hopefully, they will always be happy.” Adding further she remarked, “Hitisha is a very smart, sensible and secure girl. Gaurav loves her a lot and she doesn't have to fear anything.” 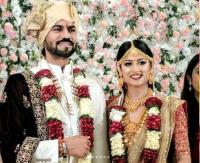 When asked if she knew that Gaurav is dating someone, she instantly replied, “Of course, I knew. Gaurav and I are still friends. I am friends with Hitisha too.” Being friends with your ex is never easy. She remarked, “Well, I am good friends with all my ex-boyfriends. I would never let go off a good friend. And, aren't two people in love often good friends first before they enter into a relationship? Coming to Gaurav, he is an awesome human being. Why would I let go off such a friend- and vice versa?” When she wasasked about her feelings when she broke up with Gaurav, she said, “Arre, but even I was dating na? He was dating Mouni Roy and I was dating someone else. It's just that his dating was out in the open, but mine remained concealed.” 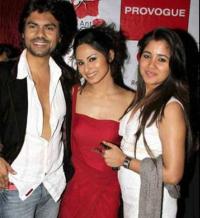 Her dating news was always under the wraps. When asked how, she retorted, “Kisiko pata chalne jaise baat hi nahin thi. You have just broken up. You don't get into a relationship, but yeah, you start dating people. Now while Gaurav and Mouni found each other soon in a steady relationship-some people do, it's not that nobody does, and it is just destined-they could talk about it. I didn't find anybody during that dating period that I could talk about. I was not dating them seriously. So if I had spoken, it would have been just dragging names. Surely, I would never stoop low. So yeah, kisiko bhi pata nahin chala (laughs).” When asked about her take on Gaurav and Mouni's break up, she was quoted as saying, “They were not meant to be together. They two had drastically different temperaments. Mouni is a very sweet girl. But dekha jaye toh it eventually didn't work out between Gaurav and me too na? But yeah, Mouni and Gaurav ended it differently. I want to be friends with Gaurav, but maybe Mouni doesn't think that way. But it's ok na? Different people think differently.” (Recommended Read: Virat Kohli Shares An Adorable Pic Kissing His 'One And Only' Anushka Sharma And It's Going Viral!) 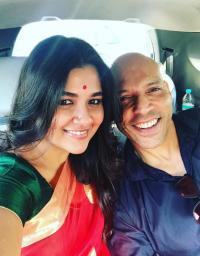 Talking about their different nature, she said, “Absolutely. Love is one thing, compatibility is another (pauses).”  And last but not the least, she went on and spoke about Gaurav and his wife, “Hitisha knows exactly what she wants. She is a very strong girl. Gaurav needs someone like her. As for my husband Tony, believe it or not, he has become a very good friend of Gaurav. They talk more than Gaurav and I do. They like each other's company and so often hang out with just each other. If two such men can be friends, why can't even two such women be friends?”

Isn’t it great to know that Narayani is so positive towards her ex-boyfriend Gaurav and she has maintained such a good rapport with him and his wife too! We wish their friendship lasts for a lifetime!