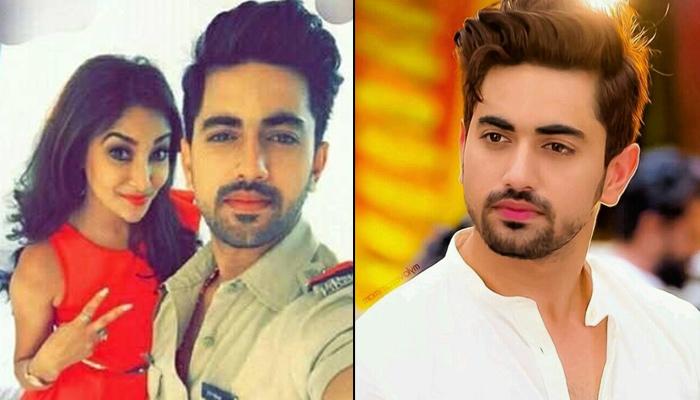 One of the hottest actors that our Indian television has is none other than, Naamkarann fame Zain Imam. This dude has undoubtedly made a lot of girls crazy with not only his acting chops but also with his unusual allure. Not just him, there is an actress from the same show named Nalini Negi, who has her own share of fan following and guys are going mad for her too.

Zain plays the role of Neil, and Nalini could be seen as Avni's sister Riya in the show, and they are doing a commendable job. Some time back, rumours had that the two hotties were dating each other in real life. According to the source close to them, they were found spending quite a lot of time with each other. And even sometimes because of this, the shooting got delayed. But rubbishing all the dating rumours, Zain said, “Are you kidding me? This is not true. Utter rubbish. There is no truth to such stories.” (Also Read: 'Ishqbaaaz' Actress Surbhi Chandna Aka Anika Is In Love, Her PDA On Social Media Is Going Viral)

When the actor was contacted by famous entertainment portal, ABP Live, the actor was found dismissing the news and was quoted as saying, "I don’t know what is making people talk like this. I have known her since more than two years now and she is just my friend." Talking about their closeness, the source revealed to a leading media portal, "Zain and Nalini are growing closeness. They share most of the time together on the sets. They are lost so much that sometime, it takes to much efforts to focus on the shoots. However, there are senior and well-known faces over the set for whom they can't dare to show tantrums.”

Well, it is normal in the glam world when celebrities, who work together for a show or a film, get linked. Zain is paired with Aditi Rathore, who plays the character of Avni, in the show. Zain shares a warm chemistry with her and their comfort level is quite evident on-screen. Zain rose to fame from his TV show, Kaisi Yeh Yaariyaan and Tashan–E–Ishq, while his co-star Aditi came into limelight from her show Ek Duje Ke Vaaste. (Also Read: Apparently Rytasha Rathore Is Dating A Famous Author, Shares She's Obsessed With Him)

Initially, there were rumours of Zain quitting the show, but putting all rumours to rest, he posted a video saying that he has no plans of leaving the show and all such rumours are fake. The show will soon take another leap and Zain who was earlier portraying the role of Neil, the cop, will be turning a radio jockey after the leap. He will be sharing the love story of Neil and Avni with his listeners on the radio, clueless about the whereabouts of his lady-love.

We just wish all the luck and success to both super-talented actors Zain and Nalini.