Some relationships don’t require any validation and one such relationship is of siblings. We might not call them regularly, might not meet them every day, but still, the bond remains the same. Throughout our growing years, we fight with them but dare anyone else say anything, and we are ready to haunt them down. The glamour world boasts of many such siblings and one such bond is shared between actresses, Namrata Shirodkar and Shilpa Shirodkar. (Also Read: Sushmita Sen Receives Bestest Gift From Daughter Renee As She Makes Her Acting Debut In 'Suttabaazi')

Sister of Namrata Shirodkar, Shilpa Shirodkar had made her Bollywood debut in 1989 with Ramesh Sippy’s film, Bhrashtachar. After a brief stint, Shilpa had quit acting in 2000 when she had gotten married to a UK-based banker, Aparesh Ranjit. After a 13-year gap, she had made her comeback in 2013 with Zee TV’s show, Ek Mutthi Aasmaan. In February 2020, Shilpa had made a comeback into movies by playing a supporting role in the film, Guns of Banaras. Shilpa is extremely close to her sister, Namrata Shirodkar and her family and often shares glimpses with them on her social media handle.

Shilpa Shirodkar Shares A Special Birthday Wish For Little Sister Namrata, And It Is A Perfect Gift On November 20, 2020, Shilpa Shirodkar turned a year older and her sister, Namrata Shirodkar penned a sweet note to wish her. Namrata took to her IG handle and shared an adorable picture with Shilpa and wrote, “Sister to sister: We will always be a part of our family tree. A golden string that no one can see binds us from the chords of our hearts. You are special. Wherever you go... whatever you do... I'll always be there for you. Happy Birthday @shilpashirodkar73. Big hug, kiss and blessings.” On Namrata’s post, Shilpa commented, “Thank you so so so much chin… i love you beyond.” 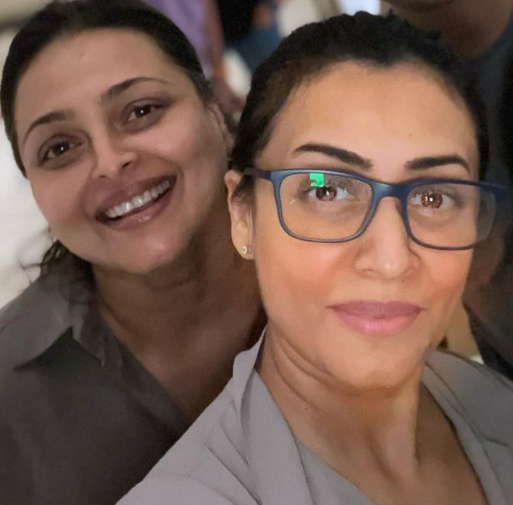 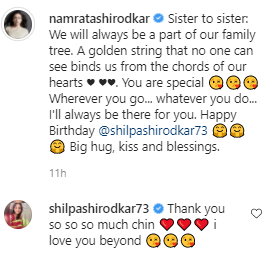 Shilpa and Namrata never leave an opportunity to shower love on one another. Last year on Shilpa’s birthday, Namrata had wished her sister with a throwback picture. Along with the picture, she had written, “To my beautiful sister in and out wishing u a very happy birthday…filled with love laughter and blessings!! Forever and always… love u lots.” (Also Read: Kapil Sharma Shares A Cutesy Photo Of Daughter, Anayra, Reveals Who Gifted Her First Diwali Outfit) 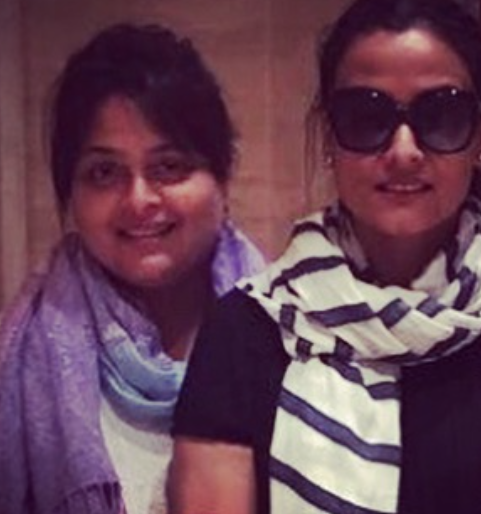 On May 23, 2020, Shilpa had taken to her IG handle and had shared one of the proudest moments of her life. She had shared a video of her sister, Namrata representing our country in the 1993 Miss Universe pageant where she had ended up being the fourth runner up. Along with the video, Shilpa had penned her thoughts and had written, “@namratashirodkar you are the most beautiful girl in the whole universe. What an amazing year that was #1993 Miss India, 4th runner up Miss Universe, 1st runner up Ms Asia Pacific. You surely did India and all of us so proud. #proudsister love you so much @namratashirodkar.”

When Mahesh Babu had turned a year older on August 9, 2020, Shilpa Shirodkar had penned a heart-melting note for her jiju. Sharing an adorable picture with Mahesh and Namrata, Shilpa had written, “To my bestest brother in law. Happy happpy birthday my dearest Mahesh. Love you lots lots lots.” Last year on Mahesh birthday, the doting saali had shared an unseen picture with him and had written, “Wishing you a very very happy birthday Mahesh. A lifetime of happiness to you. Sending you lots and lots of love and blessings forever.” (Also Read: Sakshi Dhoni Steals An Adorable Moment With Hubby, Mahendra Singh Dhoni At Her 32nd Birthday) 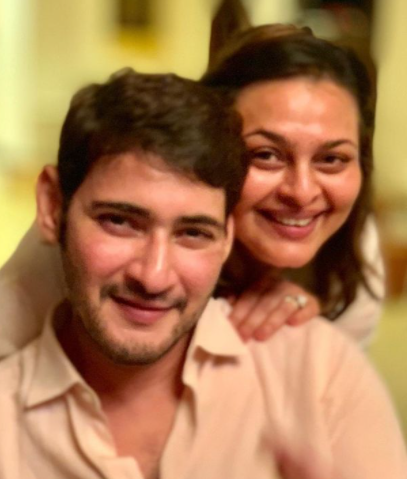 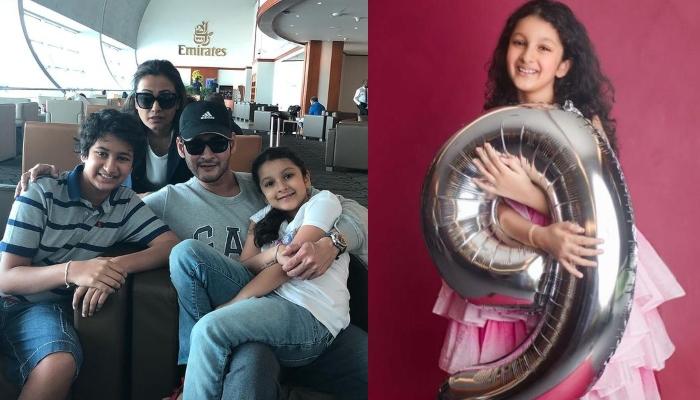