A woman never forgets her wedding day memories and they always stay close to her heart. Check out Namrata Shirodkar's unseen picture from her 'haldi' ceremony!

The moment a girl understands that one day she will leave her parental house, in order to make her own, she waits for her wedding day. It becomes one of the most awaited days of her life. The joy of starting a new life with her prince-charming to the pain of saying goodbye to her parents, a woman goes through a volcano of emotions. From dawn to dusk, she wants her every moment to be perfect and memorable. Recently, Bollywood actress, Namrata Shirodkar shared a glimpse of her pre-wedding ceremony with her fans. (Recommend Read: Hardik Pandya Shares First 'Family' Picture With Wife Natasa Stankovic From Her Maternity Photoshoot)

Before we take you further, let us give you recap of Namrata Shirodkar's love story. It was in the year, 2000, when Namrata had first met the love of her life, the Telugu superstar, Mahesh Babu on the sets of her first Telegu film, Vamsi. Soon their friendship turned into love by the end of the shooting of their first film together. And in the year 2005, the duo had tied the nuptial knot and became each others' forever. 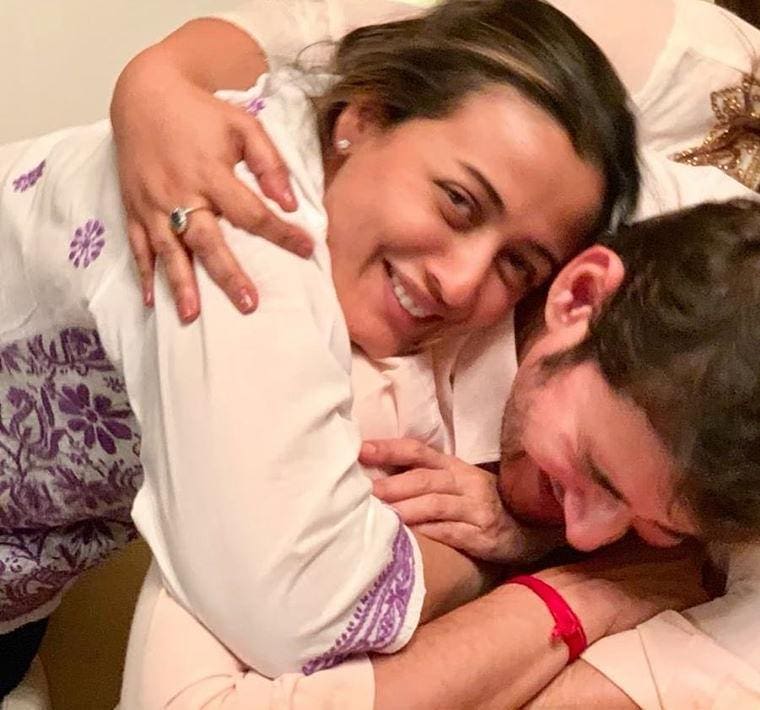 Namrata often shares snippets of her life as 'Missus' on her Instagram handle. On July 17, 2020, she took to her Instagram handle and treated her fans with an unseen picture from her haldi ceremony. In the picture, we can see Namrata wearing a white kurta and a family member was putting haldi on her. We loved her big bright smile and her bridal glow. Alongside the picture, Namrata wrote, "Throwback! Being Haldi clad. Awaiting the big day! #memories # happiness #2005." Check it out below: A couple of weeks ago, Namrata had hosted an 'Ask Me Anything' session on her Instagram handle, wherein she had answered many questions of her fans. During her interaction, one of the fans had taken the opportunity and had asked her to show her forearm tattoo and the beautiful actress had immediately clicked a picture of the same. In the picture, we could see her superstar husband's name on her forearm. We had also spotted her kids, Sitara and Gautam's name written in Devnagri. Another fan had questioned her about the moment when she had realised that she is in love with Mahesh Babu. To this, Namrata had replied, "It was the last day of 52-day long outdoor schedule in New Zealand. That's when it hit me." (Also Read: Anupam Kher Shares An Update About His Mother, Dulari and Brother, Raju's Battle Against COVID-19) Once in an interview with the Deccan Chronicle, Namrata had shared her views on being called the force behind her husband, Mahesh's amazing career. She had said, “You know, people believe Mahesh does what I ask him to. That’s not true. He may look shy and gentle, but, he knows his mind. All his career decisions are taken by him, although he does share the plot and script idea with me casually. Yes, if he dresses differently from the other actors in Andhra Pradesh, I could have influenced his sartorial choices.” (Don't Miss: Sharad Kelkar And Wife, Keerti Kelkar Look Perfect As They Sing 'Mere Haath Mein, Tera Haath Ho')

Well, we love Namrata's unseen picture from her haldi day!