Bollywood actor, Sharad Kelkar and his wife, Keerti Kelkar sing a romantic song while travelling in the car and it's all about couple goals. Take a look! 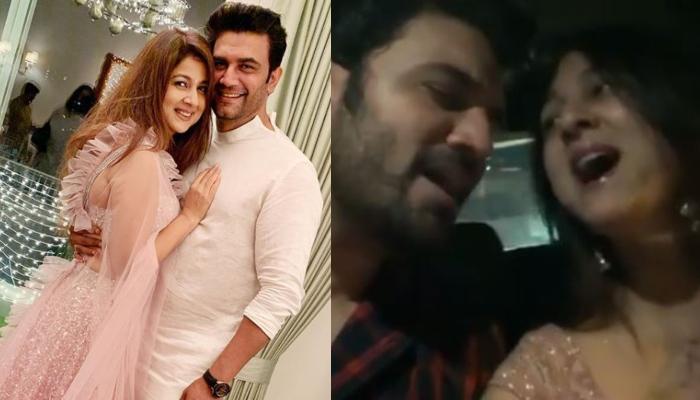 Some love stories are just so perfect that you start praying one for yourself. For instance, the love story of Sharad Kelkar and Keerti Kelkar is quite like that which teaches us many things about relationship and marriage. There is no drama or fights but pure love and immense passion in-between them. Just one look at them and you will see a supporting husband, a caring wife and a cute little daughter. If you scroll through their respective Instagram handles and take a deeper dive into their PDA-filled pictures, it will be difficult for you to guess as to whose account you are actually looking at! (Recommended Read: Geeta Phogat Shares A Video Of Son, Arjun Climbing On His Father, Pawan To Get 'Amrood' From Him)

In a second, tones of adorable pictures of Keerti Kelkar and Sharad Kelkar will flash on your screen along with some videos of Sharad Kelkar singing romantic songs for his wife, Keerti Kelkar. Luckily, we have yet another video of the couple singing together in our hands, after such a long time. Scroll down to see the video below!

On July 17, 2020, Tanhaji: The Unsung Warrior actor, Sharad Kelkar took to his Instagram handle and posted an adorable video of himself singing with his wife, Keerti Kelkar while travelling in a car. The couple can be heard singing the hit-romantic song, Mere Haath Mein from the blockbuster film, Fanaa and it's a true exemplar of couple goals. Along with the video, Sharad wrote a caption, and it can be read as "Thoda filmy hona toh bantaa hai boss coz it's Filmy Friday! @keertikelkar #FilmyFriday #FilmyFridayVibes #Duet #DuetWithPartner.” Take a look at the video below. (Don't Miss: Dipika Kakar Gives Glimpse Of How Her Future Will Be With Hubby, Shoaib Ibrahim, Posts Throwback Pic)

For the uninitiated, Sharad Kelkar loves singing and has shown his talent, tons of times through his Instagram handle to his fans. However, most of the times, we have seen him singing songs for his wife, Keerti Kelkar. For instance, on April 10, 2019, Sharad had taken to his Instagram handle and had posted a video of him singing the evergreen romantic song, Hamein Tumse Pyaar Kitna, with full feel, for his lovely wife, Keerti. Listening to his voice, we have to say that, Sharad is a pro at singing though he had captioned the video as "Some impromptu singing by yours truly #singing #kishorkumar #romance #love #kudrat for you mam @keertikelkar." Here is the video that blew our mind.

Sharad Kelkar and Keerti Kelkar had gotten married in 2005 and have been happily living ever since. It was on February 07, 2014, when Sharad and Keerti had welcomed their first child, a baby daughter, Kesha Kelkar. In a 2017 interview with PTI, Keerti had shared how proud she is, of her star hubby, "I am very proud of Sharad. He has grown and become a fine actor. He does have what excites him. He tries to experiment and do different stuff. But now I want the focus on me, and I have told him no more talking about your work, talk about my show and me." 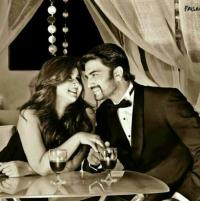 A throwback TellyChakker report had contained a page from the personal diary of Sharad Kelkar, wherein he had written about his life-changing moment. The Koi Laut Ke Aaya Hai actor had shared, "Hello readers!!! I am Sharad Kelkar whom people relate as Dr Ashutosh in Kuch Toh Log Kahenge on Sony Entertainment Television. The life-changing moment for me was when I got married to Keerti." How sweet is that! (Also Read: Shikha Singh Shares A Glimpse Of New Parenthood As Her Daughter, Alayna Turned One-Month-Old) 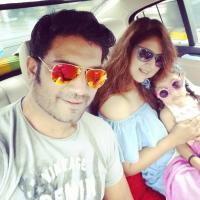 Do you like Sharad and Keerti's duet? Let us know! 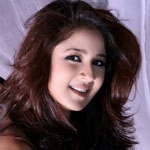