Tollywood’s favourite couples, Namrata Shirodkar-Mahesh Babu and Samantha Akkineni- Naga Chaitanya happen to share a similar picture, and we are stunned at this coincidence! Picture inside! 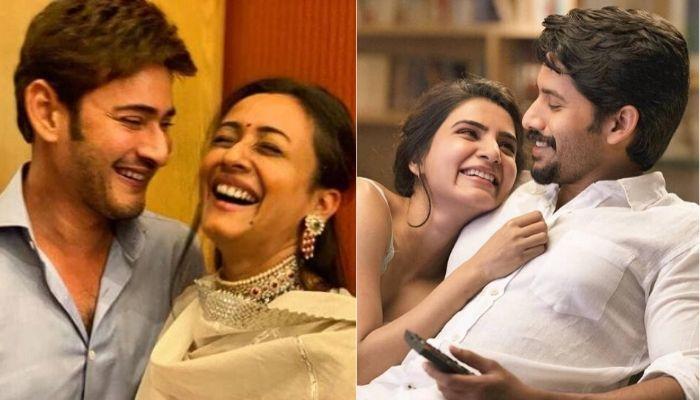 What are best friends, if they don’t learn things from each other and imitate each other? We all learn a lot from our best friends as they are our confidant and we cannot imagine a day without gossiping and fighting with them. They are like our support system and once in a life, we all have planned to marry the love of our lives on the same day or to have the kids in the same year. We want our lives to be synced in any manner possible. Tollywood’s favourite couples, Namrata Shirodkar-Mahesh Babu and Samantha Akkineni- Naga Chaitanya happen to share a similar picture, and we are stunned at this coincidence! (Also Read: Isha Ambani And Akash Ambani's Unseen Cute Photos With Grandparents, Kokilaben And Dhirubhai Ambani)

It was the summer of 2000 when Namrata Shirodkar and Mahesh Babu had met for the first time for a movie. By the end of the film, Mahesh and Namrata had already fallen in love with each other. On February 10, 2005, the couple had taken the wedding vows. Tollywood’s another power couple, Naga Chaitanya and Samantha Akkineni had met each other on the sets of Yeh Maaya Chesave in 2009. They had dated for a while and had tied the knot on October 6, 2017, in a dreamy wedding. Both the couples soar high on fame and popularity and share a really great bond with each other. Mahesh and Samantha have worked together in three films and share a great rapport. While Mahesh and Namrata are a role model for many couples in the South Indian cinema, Samantha and Naga are inspiring the youth with their love-filled journey.

Both Samantha Akkineni and Namrata Shirodkar are active wives on their respective social media handle, sharing the pictures with their family and partners. On August 31, 2019, Samantha and her husband, Naga Chaitanya had gone to Ibiza to celebrate Naga’s birthday. After their holiday, Samantha had shared a cuddled-up picture of her and Naga, which had gone viral on social media. The couple had looked stunning as they had flashed their radiant smiles in the picture. Soon afterwards, Namrata had also shared an adorably similar picture with her husband, Mahesh Babu. In the picture, Mahesh could be seen giving a side hug to his ‘best friend’ wife. Sharing the picture on Instagram, Namrata had written, "@samantharuthprabhuoffl Same Same." Take a look: 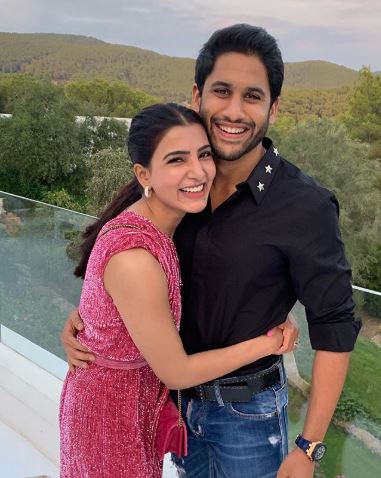 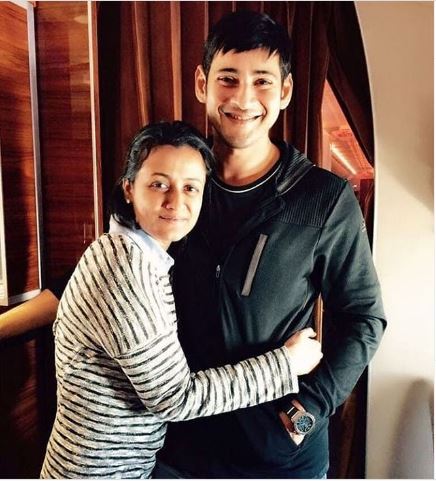 Talking about Naga and Samantha’s love journey, in an interaction with Famously Filmfare, Naga couldn’t stop feeling grateful for marrying Samantha and was all praises for her. He had also confessed that she is a devil and he knows all her mischiefs. He had said, “I think there was a point when we both were single. We hung out more than normal. So, automatically things started building between us. I was also mentally looking to settle down. I always looked forward to having a family. So, all those thoughts started flowing in my head and she was right there in front of me. So, I was like she is a known devil (chuckles). I know all her mischief and I am fine with them." (Recommended Read: Salman Khan Had Talked About Aishwarya And Abhishek Bachchan's Marriage In This Throwback Interview) 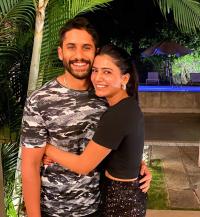 Mahesh Babu and Namrata Shirodkar’s love story is an evergreen one. In an interview with the Asian Age back in 2018, the actress had revealed the secret behind her happy-married-life. Namrata had stated, “It’s been 14 years since we got married and four years of courtship before that. We’ve been together in every sense, through all these years and I feel we’ve been growing together. Now there are the two children whom we’re watching grow up, it’s the most blissful feeling in the universe. I wouldn’t exchange this life for anything in the world. We had to wait for four years before we could marry. I used that time to wrap up my work and my family obligations in Mumbai and after marriage, it’s just been Mahesh and now the children for me. I hardly socialise here in Hyderabad. Even if Mahesh has to attend a function, I’d rather be home with the children with my hair oiled.” (Don't Miss: Karisma Kapoor Wanted To Act In Grandfather, Raj Kapoor's 'Henna', Had To Opt Out For This Reason) 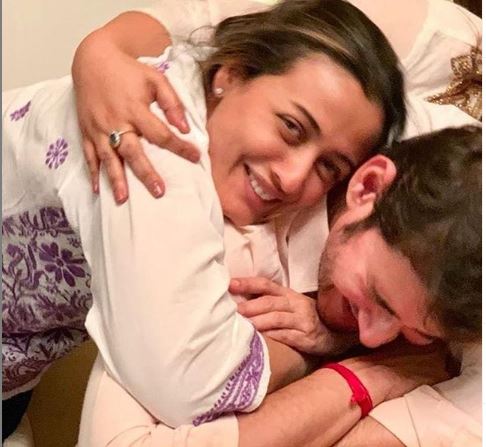 Have you ever clicked a similar picture to your friends? Let us know!