Before becoming the Bachchan 'Bahu', Aishwarya Rai Bachchan was in a relationship with Salman Khan, but things got ugly and they parted way. Check out to know when Salman talked about her marriage!

One of the perils of falling in love is that it can fade away with time, lack of understanding or simply by ignorance. The first time you fall in love, it changes you forever. While your first love doesn't last forever, it kind off gives you the right picture of what you 'want and don't want'  from your ultimate partner. The relationship you think is perfect in the beginning, starts showing its true colour and you realise that you are just a chapter in each other's life. And that's exactly what happened with Bollywood's once favourite jodi, Salman Khan and Aishwarya Rai (before she became the Bachchan bahu). But for Aishwarya her ex-boyfriend, Salman is the chapter she never wants to talk about or remember. (Recommend Read: Ishan Khatter And Ananya Panday Engage In Online Flirting, Giving Heat To Their Dating Rumours)

Aishwarya and Salman's relationship was one of the hottest topics in the late 1990s. They were the 'it' couple back then, but destiny had other plans and they had parted ways in 2002. The breakup was an ugly one and it affected Aishwarya's goodwill in the industry, and she lost many projects because of it. And since then, the two avoided talking about each other in media interactions. However, once in an interview, Salman had talked about Aishwarya and it will definitely make you nostalgic. 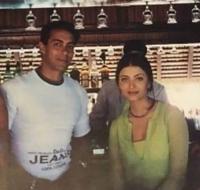 In a throwback interview with India TV, Salman Khan had talked about Aishwarya Rai Bachchan's marriage with Abhishek Bachchan. The bhaijaan of Bollywood had shared that he is happy for her as she has found a good guy from a good family. The actor was quoted as saying, "I am very happy she is married to Abhishek. He is a great guy from a good family. The best thing I can want for her is that she leads a happy life." (Also Read: Sargun Mehta Wishes Her 'Bhabhi', Charu Mehta On Her Birthday, Calls Her The Sister She Never Had) 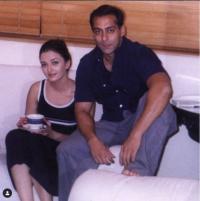 In an old interview with The Times of India, Aishwarya had bared her heart out on the breakup with Salman. She had accused Salman of adultery. She had said, "Salman and I broke up last March, but he isn't able to come to terms with it...After we broke up, he would call me and talk rubbish. He also suspected me of having affairs with my co-stars. I was linked up with everyone, from Abhishek Bachchan to Shah Rukh Khan. There were times when Salman got physical with me, luckily without leaving any marks. And, I would go to work as if nothing had happened. Salman hounded me and caused physical injuries to himself when I refused to take his calls." 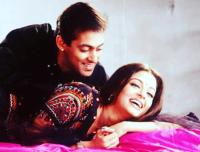 After a series of allegations and rumours, Aishwarya in an official two-page press release had stated, "For my well-being and for the self-respect of my family, I will not work with Mr Salman Khan. The chapter of Salman Khan was a nightmare in my life. I am thankful that it is over now." (Don't Miss: Mohena Kumari Singh, Suyesh Rawat, Her In-Laws And Staff Tested Positive With Coronavirus [Details])

Well, Aishwarya is now living the life of her dreams with the love of her life, Abhishek Bachchan!