Mukesh Ambani and Nita Ambani's daughter-in-law, Shloka Mehta turned a year older, and we got our hands on an adorable picture of her childhood days. She looked cute as a button. Check out!

Business tycoon, Mukesh Ambani is one of the richest men in Asia who doesn't need an introduction. Mukesh Ambani and Nita Ambani are proud parents to their three children, Akash Ambani, Isha Ambani and Anant Ambani. Akash Ambani had tied the knot with Shloka Mehta on March 9, 2019, and it was one of the most gala weddings of the year. It was a star-studded one, and Tinseltown stars had graced the party.

Now, Akash and Shloka have entered the parenthood phase by welcoming their son, whom they have named Prithvi Akash Ambani, on December 10, 2020. Today, Shloka Mehta turned a year older, and we got our hands on a beautiful adorable picture from her toddler days. Check out! On July 11, 2022, Ambani bahu, Shloka Mehta turned a year older, and a throwback picture from her childhood days has made its way to the internet. A few hours back, a fan page of the Ambani family shared a collage of two pictures wherein Shloka looked absolutely cute as a button. In one of them, the bahurani can be seen giving her million-dollar smile, while in the other photo, Shloka was seen posing for the camera in a multi-coloured printed frock. 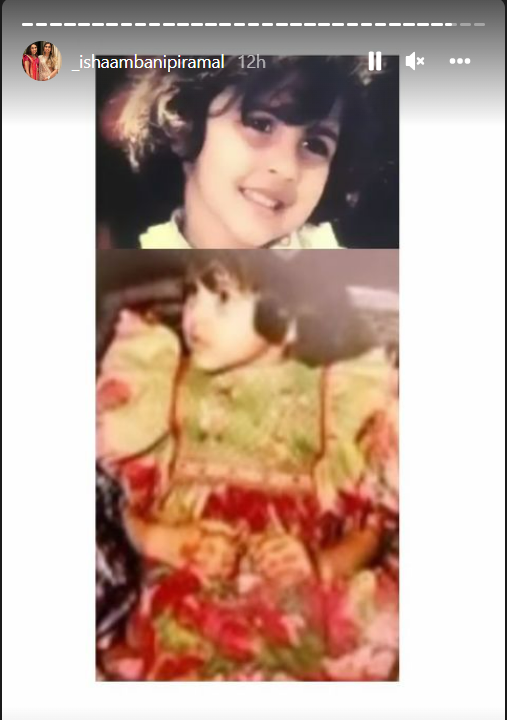 We also got our hands on a video where the little Shloka can be seen grooving to a song (unknown), wearing a beautiful maroon and yellow lehenga choli, which she paired with a maang teeka, jhumka and a few bangles. Check out a screenshot of the video: 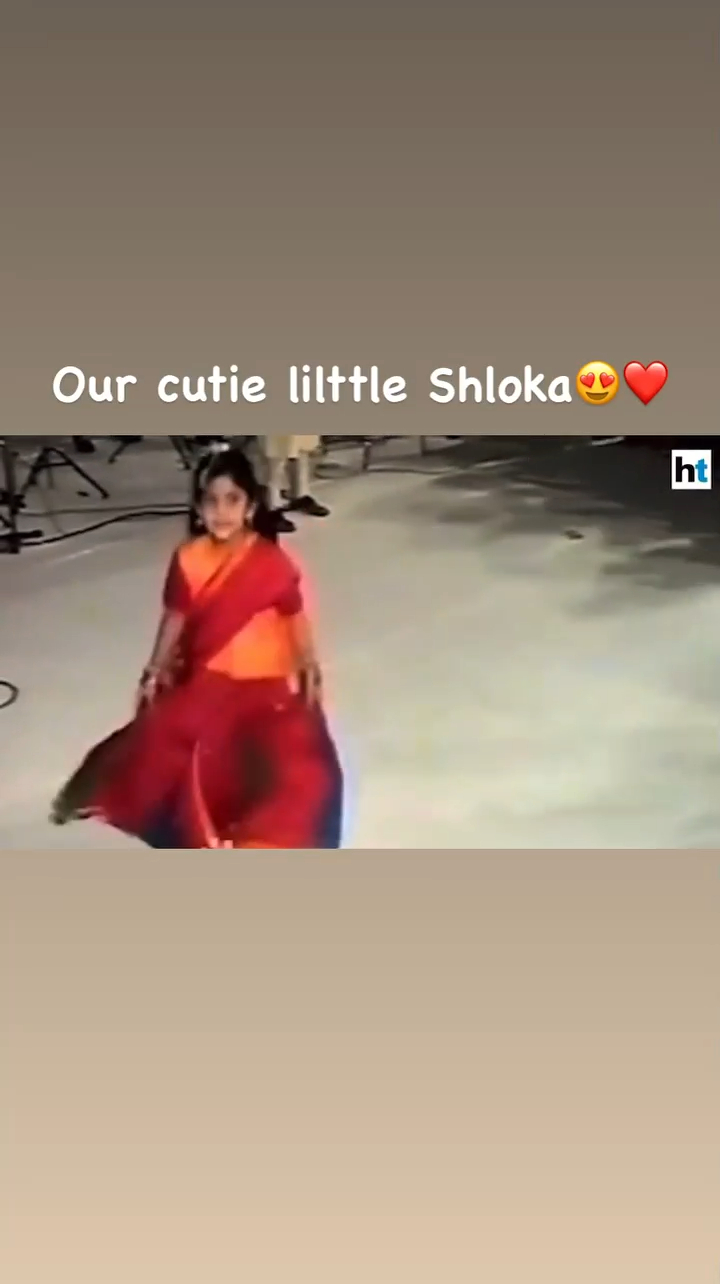 Shloka Mehta, apart from being an Ambani bahu, has also made a name in the glitz and glamour world with her sartorial picks. Every time she steps out in the city, she keeps her best fashion foot forward and makes every head turn towards her. At her sangeet ceremony, Shloka had donned a pastel pink-coloured lehenga choli which had an embellishment of 50,000 crystals all over it. She had looked absolutely stunning! Well, we wish a happy and healthy birthday to Shloka Mehta!