Before Tina Munim and Anil Ambani got hitched, he had introduced her to his parents, Dhirubhai Ambani and Kokilaben Ambani. Little did Tina know that the meeting was to ask her hand for marriage.

Not every girl wishes to get married. But she definitely hopes to find someone, who loves her like no one else. Proposing the one you love is a special moment for you and your partner as it is the celebration of your relationship. Planning a perfect proposal to declare your unconditional love is a hard task but executing it is even harder. Even the renowned businessman of the Reliance Groups, Anil Ambani couldn't get his perfect proposal executed for one of the highest-paid actresses of her time, Tina Munim, years ago.

When she was at the peak of her career, Tina Munim had met Anil Ambani at a Gujarati wedding and he was fascinated by her. After some brief encounters, Tina finally lost her heart to the Gujarati boy as they had a lot in common. However, the Ambani family was not in favour of an actress becoming their bahu. So, respecting their parents' decision, Anil and Tina called off their relationship. After ups and downs in their relationship, Anil and Tina tied the knot in February 1991. But before Tina Munim and Anil Ambani got hitched, he had taken her to meet his parents, Dhirubhai Ambani and Kokilaben Ambani. Little did Tina know that the meeting was to ask her hand for marriage. When Anil left the room for a few minutes, his brother, Mukesh Ambani ruined his proposal plan by spilling the beans to Tina. However, soon after, his sister covered up for what Mukesh did. "Before I could do that (propose) I left the room for a few minutes, my brother asked Tina saying so how do you feel about that you are going to get engaged day after tomorrow."

Tina Ambani added that what Mukesh told her took her by surprise but it was one of his sisters, who covered up for the spilt beans by saying what he said was a joke. 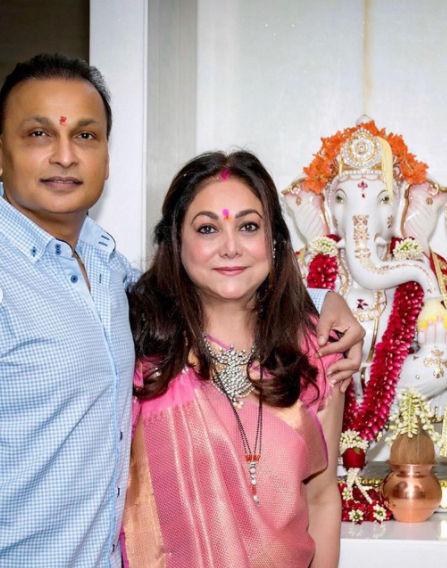 Though the Ambani family prefers to keep their personal life away from the limelight, Tina Ambani, who has a public profile on social media, often shares rare pictures of the family on her account and never misses to express her admiration for them. For instance, on Anil Ambani's birthday, Tina had captioned a few pictures with him as,

"Devoted to the family, a tireless worker, deeply spiritual and remarkably reserved, a source of unconditional support and strength to us all, the wind beneath my wings. This is the man I know and love. Happy birthday Anil… you are my happiness." 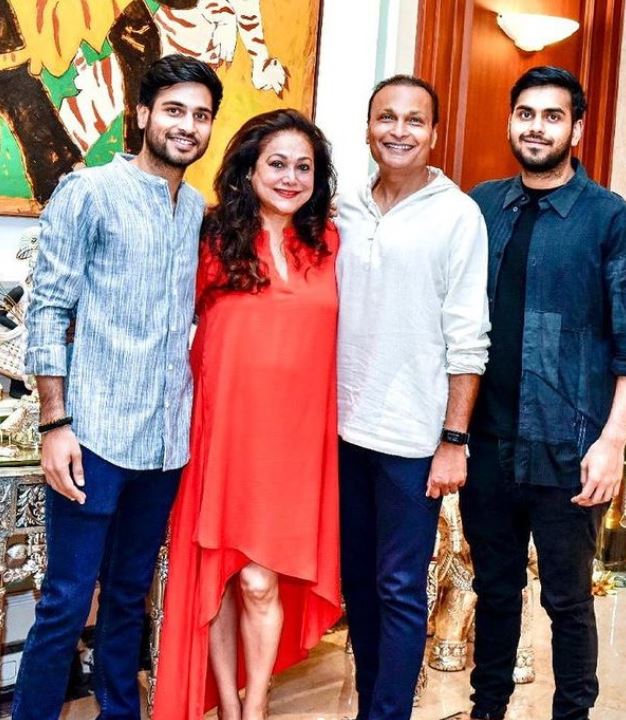 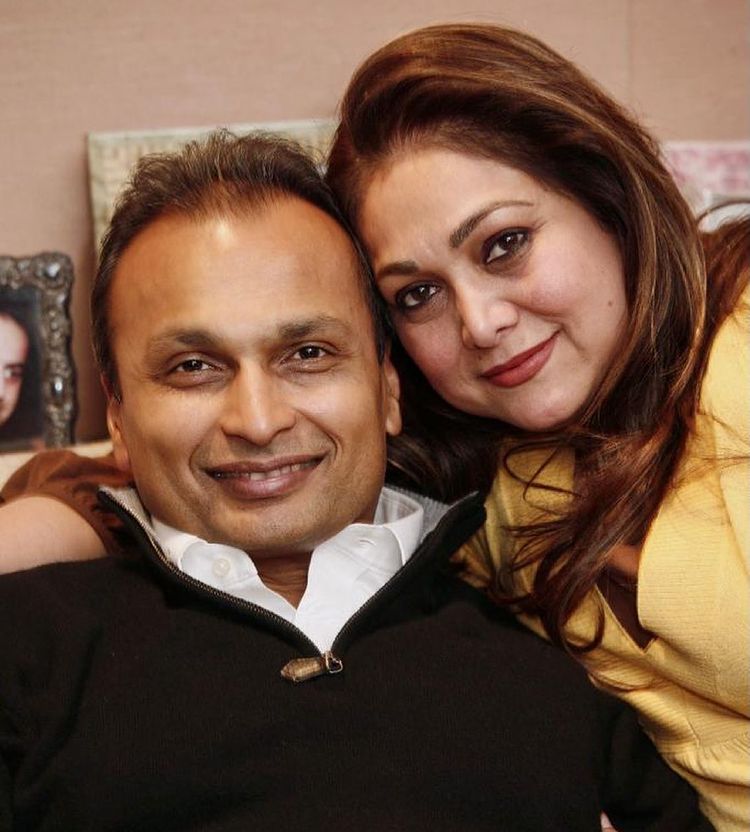 To mark Mukesh Ambani and Nita Ambani's anniversary on March 8, 2021, Tina Ambani posted a lovely picture with the couple. In the heartfelt caption, Tina had written, "Cheers to a couple who complement and complete each other to perfection! While you enjoy this wonderful new chapter of grandparenting, here’s wishing you a lifetime of health, happiness and togetherness. Happy anniversary Nita and Mukesh." Tina Ambani had left her acting career when she tied the knot with the businessman, Anil Ambani. In an interview with Simi Garewal, Tina had accepted that she never regretted her decision to quit acting and though she sometimes feels that she left films too soon, she wanted to explore and experience so much that the world offers and not just stick to movies. Tina Ambani and Anil Ambani have been married for thirty years now and are proud parents of two kids, Jai Anmol Ambani and Jai Anshul Ambani.

Next Read: Life Of Dhirubhai Ambani With His Wife, Kokilaben Ambani: How He Had Encouraged Her To Learn English