On December 10, 2021, the Ambani family had hosted an aqua-themed birthday bash for their little munchkin, Prithvi Akash Ambani. Check out the glimpses from the same!

The Ambanis are one of the most affluent families in the country, and their larger-than-life lifestyle needs no introduction. Indian billionaire, Mukesh Dhirubhai Ambani and Nita Ambani's kids, Akash Ambani and Isha Ambani's weddings had become the talk of the town, and the pictures from the same still leave the netizens in frenzy. Needless to say, the Ambanis leave no stones unturned when it comes to celebrating the special days in their lives.

December 10, 2021, marked Akash Ambani and Shloka Ambani's son, Prithvi Akash Ambani, first birthday, and the Ambanis had organised a grand party for him. Though the Ambanis kept the affair away from the media glare, every now and then, we witness glimpses of the same, courtesy to their many fan pages. Well, this time is no different as we have got the first-ever picture of Prithvi from his first birthday celebration. A few moments back, we got hold of an unseen picture from Prithvi Akash Ambani's first birthday bash. The Ambanis had hosted an aqua-themed birthday party for their little one, and it was titled 'Oneder the Sea'. In the picture, we can see Shloka Ambani standing next to a huge cake with her son, Prithvi, in her arms. While the mommy looked gorgeous in a white-coloured top and floral-printed skirt, the birthday boy looked super cute in a blue-coloured jumper and matching pants. However, it was the scrumptious aqua-themed cake that stole the show for us!

The fan page also shared a cutesy picture of Shloka Mehta and her little wonder of joy, Prithvi Akash Ambani, on their IG story. In the picture, Prithvi was seen sitting in his mother's lap, looking away from the camera. Well, it looked like the photo was a candid shot clicked by the photographers, and the mommy-son duo looked picture-perfect. Another fan page shared a cutesy picture of Prithvi Ambani, who was seen lost in his own world. However, the picture that made our hearts skip a beat, was of Shloka Mehta and Akash Ambani, enjoying their little one's birthday bash. 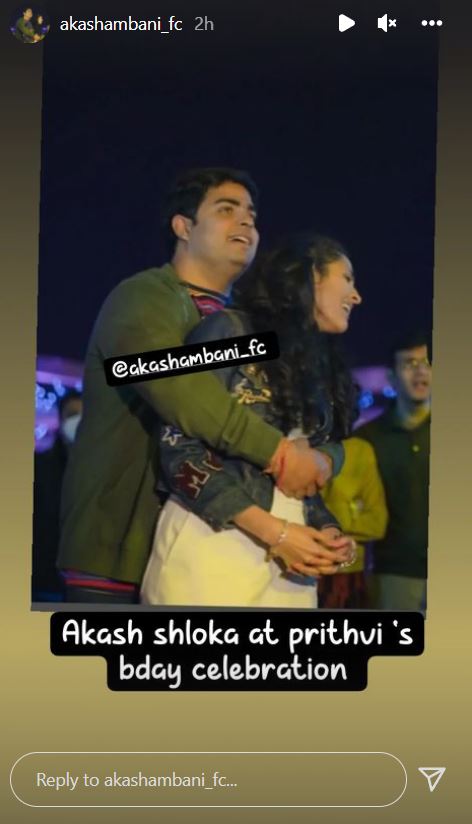 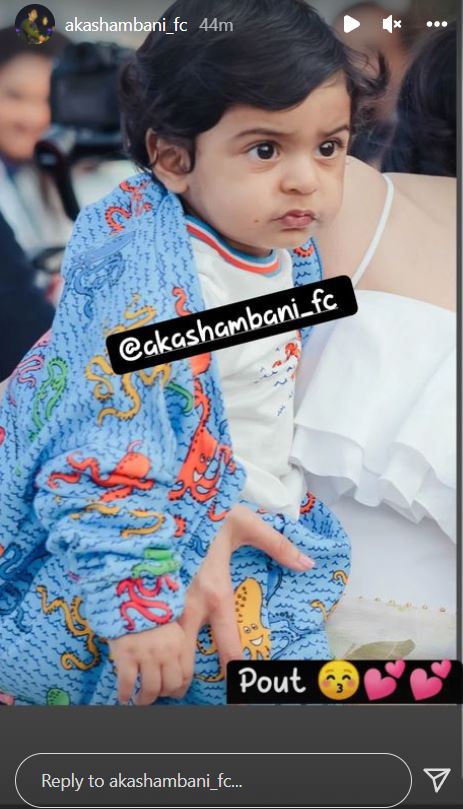 We also got hold of some pictures of the little prince, Prithvi, posing for the camera with his family members. The birthday boy looked super happy in the pictures, and his family members were also ecstatic as their little munchkin had turned one. In the pictures, we can see Kokilaben Ambani, Nita Ambani, Akash Ambani, Shloka Mehta, and other near and dear ones. Check it out below:

In December 2022, we had stumbled upon a video from Mukesh Ambani's grandson, Prithvi Ambani's first birthday bash. Though the Ambanis hadn't shared any video or photo from the same, it was one of Akash Ambani's fan clubs, that had shared a glimpse from the grand party. In the video, we could see the city of Jamnagar all decked up in colourful lights, and it was all lighted up as far as the eye could see. Moreover, what had caught our attention was the unique fountains and other waterworks, that had stolen the show at the venue.

Well, looks like Prithvi Ambani's family had hosted two grand parties for him. While one party was aqua-themed, the other one was crowned teddy-themed. On January 11, 2022, Akash Ambani's fan page had posted pictures from Akash Ambani's son, Prithvi Akash Ambani’s first birthday party. From his scrumptious crowned teddy-themed cake to cute teddy cupcakes, lick lollies and brownies and to the return gifts wrapped with ‘Prince Prithivi’-themed wrapping paper, had proved that the Ambani clan's youngest member is indeed a prince in the making. 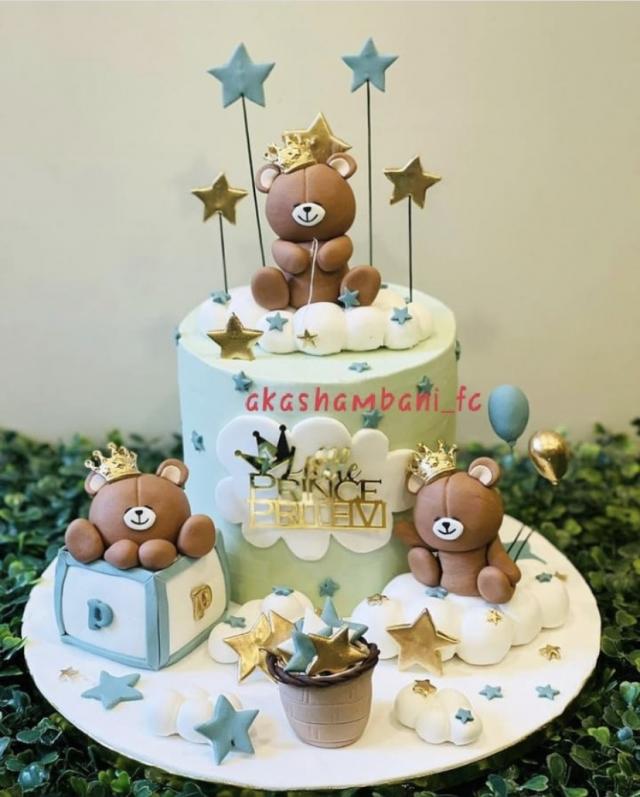 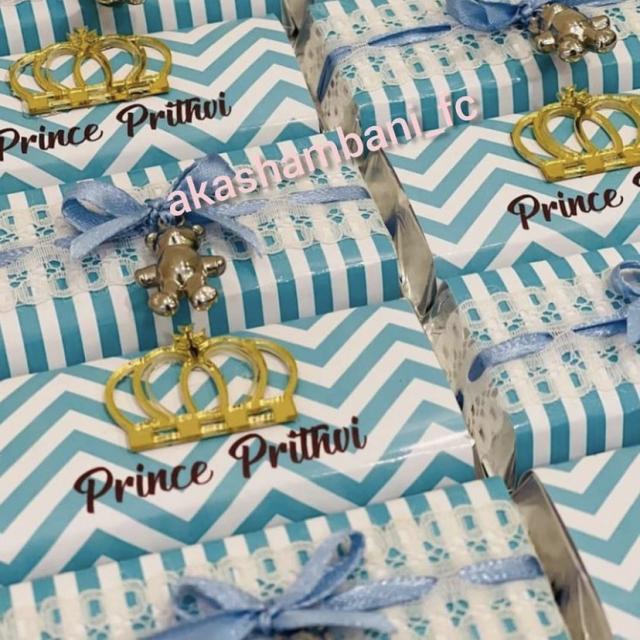 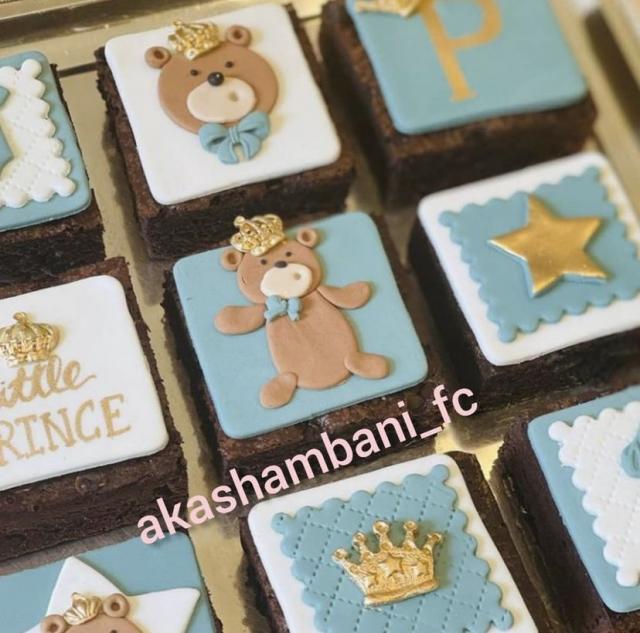 For the unversed, it was on December 10, 2020, when Akash Ambani and Shloka Ambani had welcomed their son, Prithvi Akash Ambani. 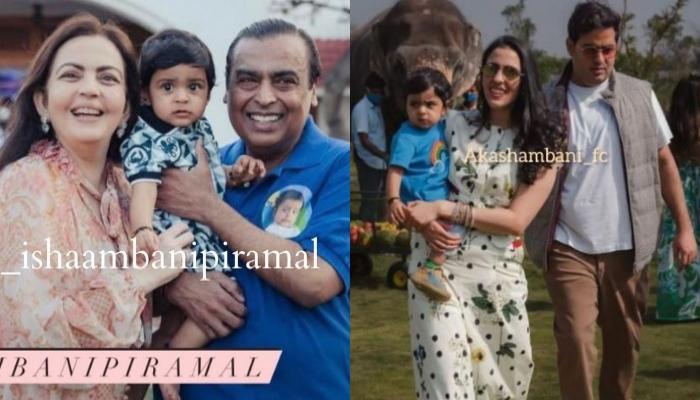