On August 29, 2020, Karisma Kapoor took to her IG handle and posted beautiful family pictures from her family get-together for the 'Ganpati Darshan'. Scroll down to check it out! 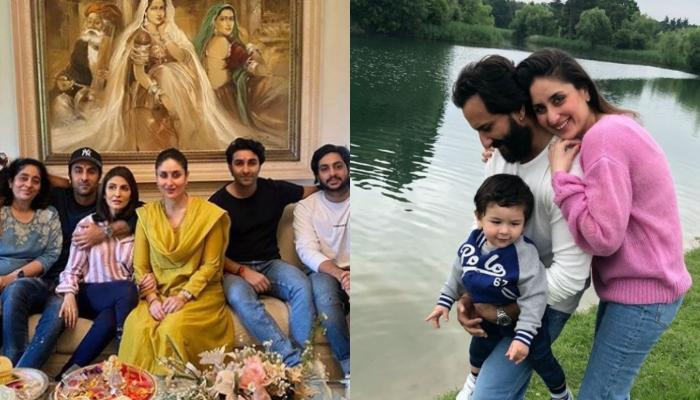 The Kapoor clan is the most sought-after Bollywood family and the Kapoor sisters, Kareena Kapoor Khan and Karisma Kapoor are the stars of the glamour world. Fans are always eager to see a glimpse of the Kapoor family, and if you're one of them, we have a treat for you! Karisma Kapoor shared a family picture from their family gathering, and the star-studded picture has already gone viral on the internet. (Recommended Read: Mira Rajput Kapoor Spills The Beans On Having A Third Child, Reveals The Birthday Theme Of Zain)

We had spotted Kareena Kapoor Khan out of her building in a light green coloured salwar suit, a black bindi, paired with black shades, radiating that gorgeous pregnancy glow. And like us, if you were also wondering where was she headed, we now have the answer! Scroll down to check it out.

On August 29, 2020, Karisma Kapoor took to her IG handle and posted beautiful family pictures from her family get-together for the Ganpati Darshan. The first star-studded picture featured Kareena Kapoor Khan along with little Taimur. Karisma Kapoor graced the picture with her daughter, Samiera and son, Kiaan. Karisma and Kareena's cousins, Armaan Jain along with his wife, Anissa Malhotra Jain and Aadar Jain, were also seen. But what caught our attention was little Tim's cute expression of wonderment. The second picture was the cutest as it featured Samiera, Kiaan and Taimur bowing to Ganpati Bappa. The bahu of Kapoor clan, Anissa Malhotra Jain also posted a family picture from the same gathering and captioned it as "More modaks please." Check out the pictures below: 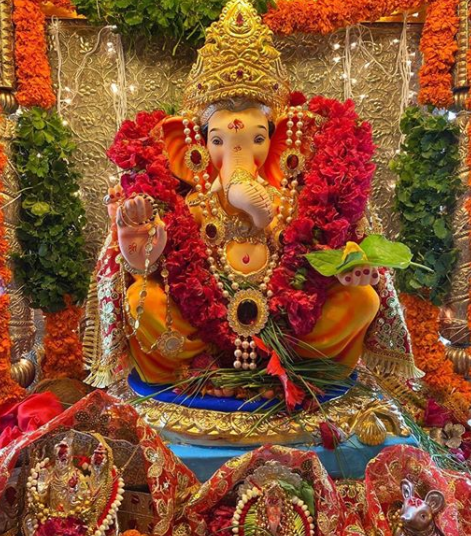 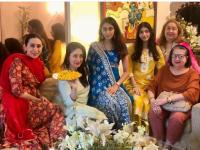 On August 26, 2020, Kareena had taken to her Instagram handle and had posted a picture with her girl squad. In the picture, we could see gorgeous Bebo in a casual ensemble flaunting her baby bump. Although, Karisma was nowhere to be seen in the picture and Bebo had missed her Lolo. Alongside it, she had written, "When worst comes to worst, squad comes first. PS: @therealkarismakapoor is missing in action." 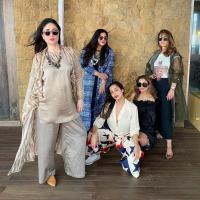 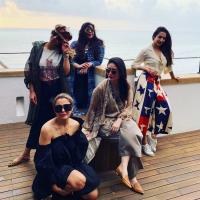 On August 11, 2020, Karisma Kapoor had shared a selfie with her sister, Kareena Kapoor Khan, which had seemed to be from one of their vacations. In the picture, the star sisters could be seen sporting big sunglasses. While Karisma had radiated Bohemian vibes with her looks, donning a big neckpiece with azetc print top; Kareena could be seen wearing a polka dot top. Along with the picture, Karisma had written, "Looking towards the sun, sand and sea #tuesdaythoughts #sistersquad." (Also Read: Kareena Kapoor Khan Radiates Pregnancy Glow In Her Green Salwar Suit As She Steps Out On A Rainy Day) 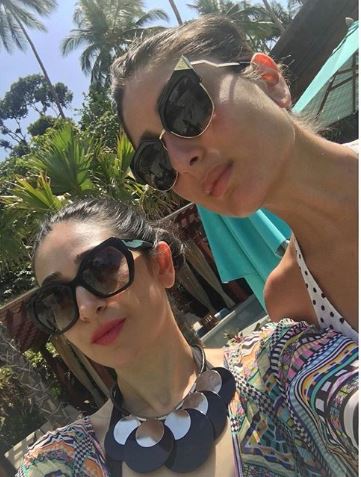 On June 26, 2020, Karisma Kapoor had shared an unseen childhood picture with her sister, Kareena Kapoor Khan. They were seen relishing their favourite food at a party. Twinning in white and black outfits, Karisma had captioned her candid picture with Kareena as "Twinning since childhood #throwbackthursday #sisterlove #alwaysandforever #familygoals #fooodies #stylegoals." Kareena had also posted the same picture on her IG handle and had captioned it as "Some of my happiest memories are from my childhood, which shaped me into what I am today."

On August 16, 2020, Kareena Kapoor Khan had given a glimpse of her leisure family time on her IG stories as she had watched her favourite movie, Tashan with her hubby, Saif Ali Khan and son, Taimur Ali Khan. Along with the picture, she had written, "Ok gotta admit this is my favourite film ever TASHAN. Tim, Saifu and me watching Tashan" followed by a heart emoticon. The film ought to be Kareena's favourite as it was during the shooting of Tashan, she had fallen in love with Saif. (Don't Miss: Samantha Akkineni Shares An Adorable Wish For Father-In-Law, Nagarjuna On His 61st Birthday) 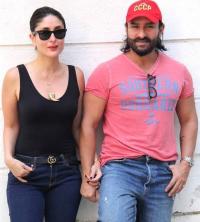 Did you like the beautiful picture of the Kapoor clan? Let us know!