Mouni Roy is slowly climbing the ladder of success with a number of Bollywood films in her kitty. She recently opened up about her dating rumours with Dubai-based banker, Suraj Nambiar. 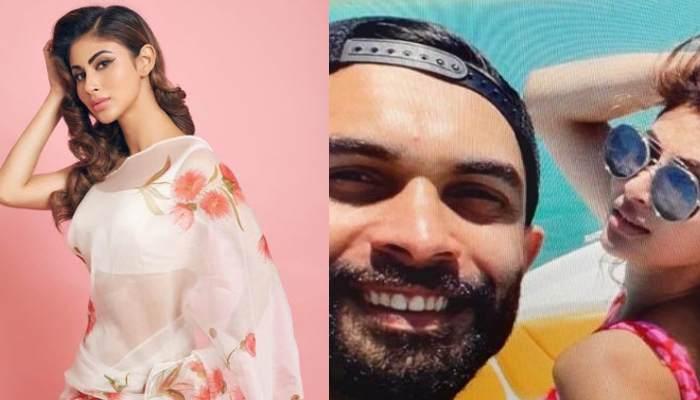 Dreams definitely come true and TV actress, Mouni Roy is a perfect example of the same who dreamt of making it big in Bollywood one day. From a shy actress, Mouni had turned into a gorgeous woman. She made her acting debut with the serial, Kyunki Saas Bhi Kabhi Bahu Thi. She underwent a major transformation and is now considered as one of the most sought- after fashionistas. From her stint in the serial, Naagin to her debut in the Akshay Kumar starrer Gold, Mouni is living up to her dream of making it big on the silver screen. (Also Read: Deepika Padukone Gives A Glimpse Of How Her Hubby, Ranveer Singh Is Preparing For First Anniversary)

Mouni’s professional life is flying really high with her recent stint in movies like Gold, RAW, Made In China and her much-awaited film, Brahmastra. Well, fame has its own price to pay. With the immense popularity, a celeb's personal life never remains private. Mouni’s personal life too has always been in the limelight due to her constant dating rumours. Mouni had a serious relationship with her Devon Ke Dev Mahadev co-star, Mohit Raina but none of them ever spoke about their relationship. Mouni, in an interview with Mumbai Mirror, had dismissed the rumours and had stated that she is not even friends with Mohit. 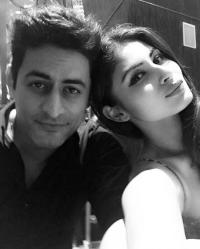 Recently, there had been reports of Mouni dating a Dubai-based banker, Suraj Nambiar. In a recent interview with the Hindustan Times, Mouni spills the beans on her relationship status, revealing that she is very much single and had quoted, “I’m completely and absolutely single. I don’t know where all these stories come from. I should be allowed to have friends who are boys like everyone else have. I do spend time with them but that doesn’t mean I dating them, right?” (Also Read: Priya Ahuja Rajda's Pregnancy Glow Is Unmissable As She Welcomes Final Month Of Pregnancy)

Rumours about the two dating each other started doing rounds when a picture from their vacation had gone viral on the internet. Although they rubbished the rumours, the chemistry shared between the two was proof enough. A picture of Mouni and Suraj partying together with some friends had her, happily and comfortably posing with her rumoured beau.

In the same interview, Mouni revealed that the speculations about her personal life are affecting her professional life too. She revealed that she wants to end these rumours and stated, “When I find the right man and decide to get married, I’ll let everyone know. There’s no pressure from my family nor I’m in a hurry. So, it does get irritating at times, but I realise there’s no point in feeling bad about such things. I think all these rumours are keeping prospective men away from me (laughs).” 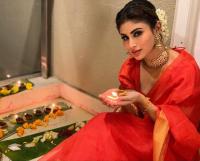 Mouni Roy was in a steady relationship with Gaurav Chopra but their love story ended on a bitter note. Later, she was rumoured to be dating Mohit Raina, but the duo had parted ways in the year 2018. In an interview with The Indian Express, Mohit had talked about Mouni and had said, “We genuinely have a very strong friendship and utmost respect for each other. We are similar people with similar stories. Mouni and I, both are from non-filmy families and come from really small towns. She has her father’s blessing on her, who is no more and so is the case with me. We also have been working hard and achieving on our own. There’s a lot of factors that have brought us in a different place where we have immense mutual respect towards each other. As for me, I really have a lot of pride for what she is doing in her career and winning laurels for herself. Also, who wouldn’t want his name linked to a film actress, it always works in favour.” (Also Read: Taimur Ali Khan Spotted On The Sets With Mommy, Kareena Kapoor Khan In Punjab, Video Inside)

Well, we wish Mouni, all the best for her future endeavours!