Priya Ahuja Rajda has been posting dreamy pictures and fun moments of her pregnancy with all her fans and is making us go all 'awww'! Check out latest pictures from her pregnancy.

How wonderful a feeling it is, to get married to ‘your one’ and start a family with him/her! Post marriage, life revolves around just the two of you. But when the introduction of a ‘third one’ comes by, you have another reason to celebrate life! The little one becomes a symbol of your love, and together, you both strive to begin your own sweet world. Very soon, Taarak Mehta Ka Ooltah Chashmah’s Rita Reporter, a.ka., Priya Ahuja Rajda is soon going to experience the bliss of being a mommy with her director-hubby, Malav Rajda after 7 years of marital bliss on November 19, 2011. (Do Read: Shah Rukh Khan And Gauri Khan Recall Their Firstborn, Aryan Khan's Caesarean Birth Story [THROWBACK])

Priya Ahuja Rajda is currently in the final trimester and what looks it, the actress has decided to let go of all pregnancy woes and is embracing it like how! It was on the day of Janmashthami, August 24, 2019, that Priya posted an adorable picture with her hubby, Malav, amidst the backdrop of a sea, with she hugging him and holding two tiny shoes in her hand. She had captioned the picture with, “Ten little fingers, ten little toes… With love and grace, our family grows… Couldn't be a better day than today to announce this...Happy Janmashtami.” 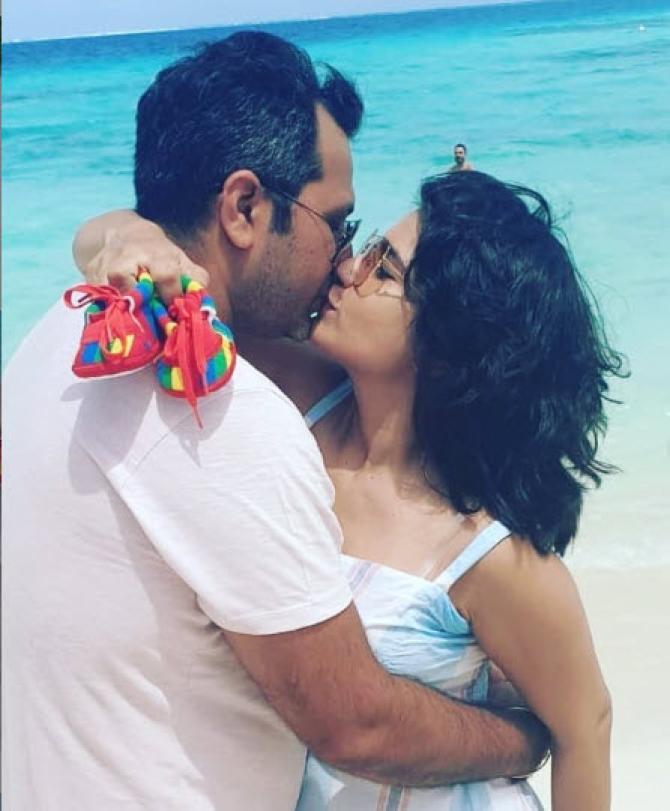 Priya Ahuja Rajda has been posting dreamy pictures and fun moments of her pregnancy with all her fans and is making us go all ‘awww’! The pregnancy glow on her face is enough to denote what a blissful yet tedious journey this has been for Priya. In the latest series of pictures that Priya posted, she looked no less than a princess in a peach gown, floral tiara and that ‘heavily pregnant’ baby bump. Sharing two sets of pictures with interesting captions, Priya wrote, “And the final month begins... Happiness is on the way... With a bag of mixed emotions” and “I haven’t had alcohol in months. This isn’t a pregnancy glow, this is a detox glow” on the respective sets of images.

It was on October 17, 2019, that Priya Ahuja Rajda had her fun-filled baby shower. The soon-to-be-mommy had looked resplendent in a burgundy gown with a tiara on her head as she posed with her hubby, two dogs and an array of friends with props for her baby shower. Sharing a couple of pictures from the lot, Priya had written, “Lovely day...Babyshower cum birthday party with my favourite ppl #babyshower.” Priya’s husband, Malav too also posted similar pictures and had written, “A lovely bday n baby shower for my love @priyaahujarajda. thank you all for making it sooo special.” (Must Read: Jay Bhanushali Proves That He Is A Doting Daddy, Bottle Feeds Daughter, Tara Jay Bhanushali) 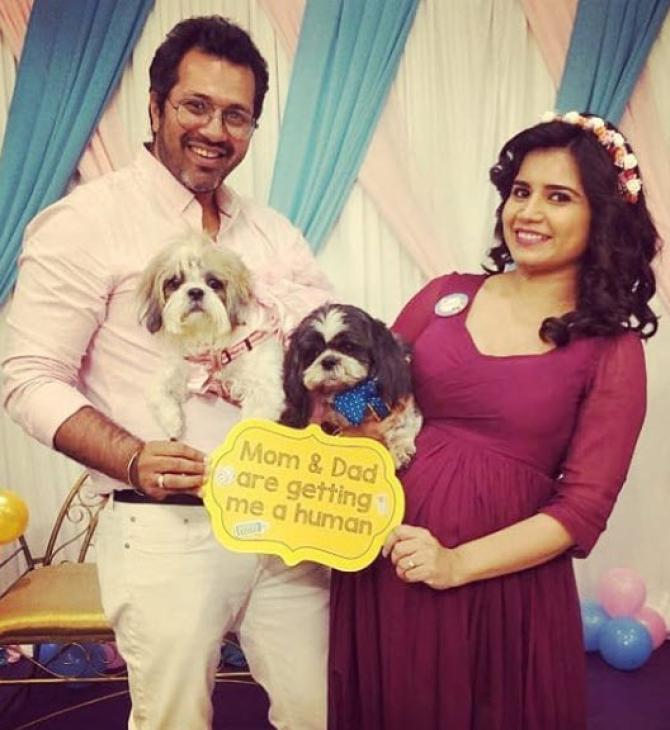 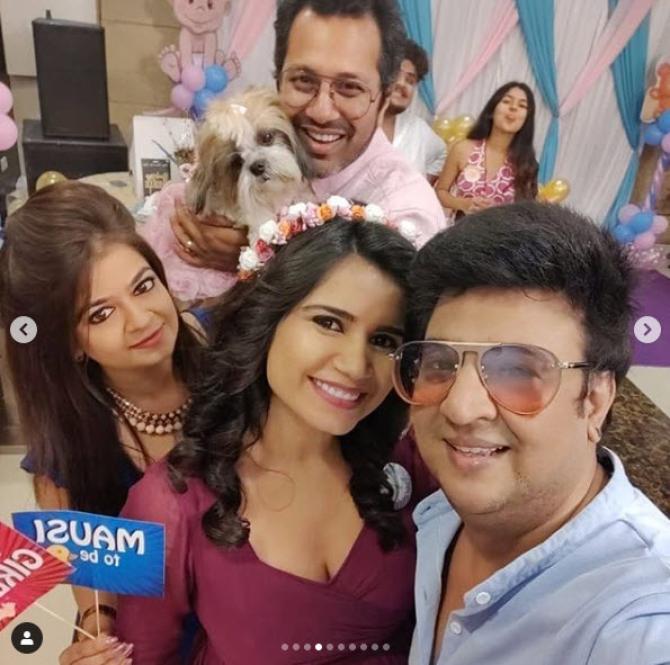 In a throwback 2013 interview with TellyChakkar, Priya Ahuja Rajda had bared it all out on her marriage and life with hubby, Malav Rajda. Also, for the uninitiated, Priya Ahuja Rajda has married the creative director of her show, Taarak Mehta Ka Ooltah Chashmah. In a Q & A session, Priya had shared that her hubby chooses clothes for her. She had also stated that short dresses are for keeping her hubby interested in her. When Priya was asked about her reaction if her hubby asked her to get ready in 5 minutes for a party, this is what she had stated, “I will think what to lie to my husband. And still, if he tells me to get ready within five minutes. I will tell him to go alone.” In yet another throwback interview with India Forums, Priya Ahuja Rajda had confessed about being ‘pregnancy phobic’. This is what she had stated back then, “To be honest I am very phobic of pregnant women. Ii somehow can't see pregnant women and baby bumps. I feel pukish and I also don't know how do those women survive having a baby inside their womb. I feel scared seeing them and I can't actually imagine being pregnant. I know as I am married I will have to conceive one day, but still I can't just think of having a baby as I like kids but the thought itself scares me." Priya had further revealed that her husband, on the other hand, likes kids, “My husband is fond of kids but just because I am phobic he has given me sufficient time. I know one fine day I will have to go for it but somehow I don't think it's going to be easy as I will have to visit the psychiatrist for that.” (Also Read: Shweta Tiwari Takes Her Son, Reyansh On The Sets Of Her TV Show, 'Mere Dad Ki Dulhan') 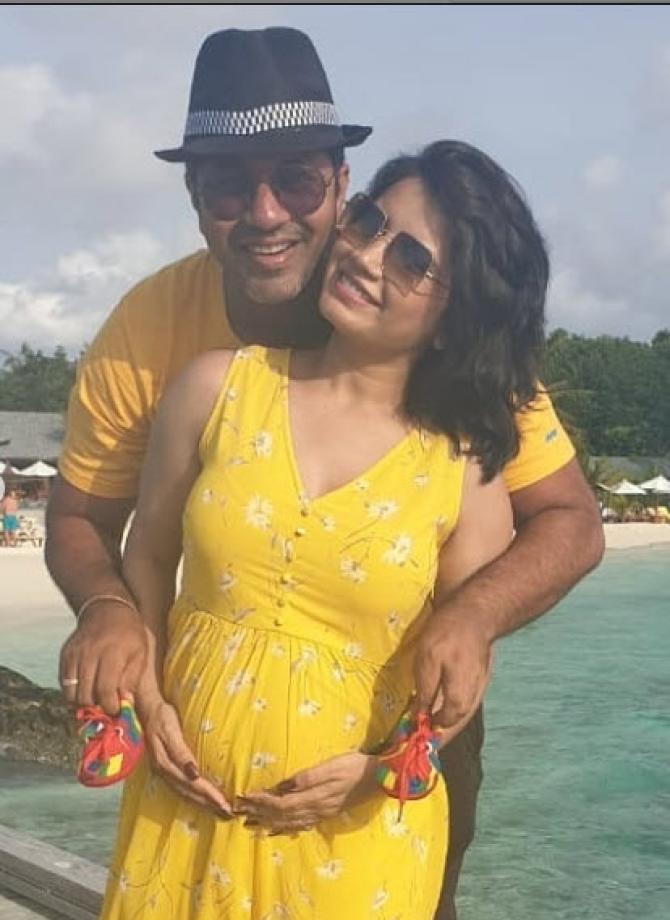 In the same interview, Priya Ahuja Rajda had talked about her Taarak Mehta stint. She had stated, “I have been re-entering and exiting Taarak so many times now, that the show is like my family. As I have said earlier as well that just because Rita reporter as a character was not framed well and didn't gel with the audience hence the story needs me to come again and again. Well, I am enjoying shooting for Taarak yet again." 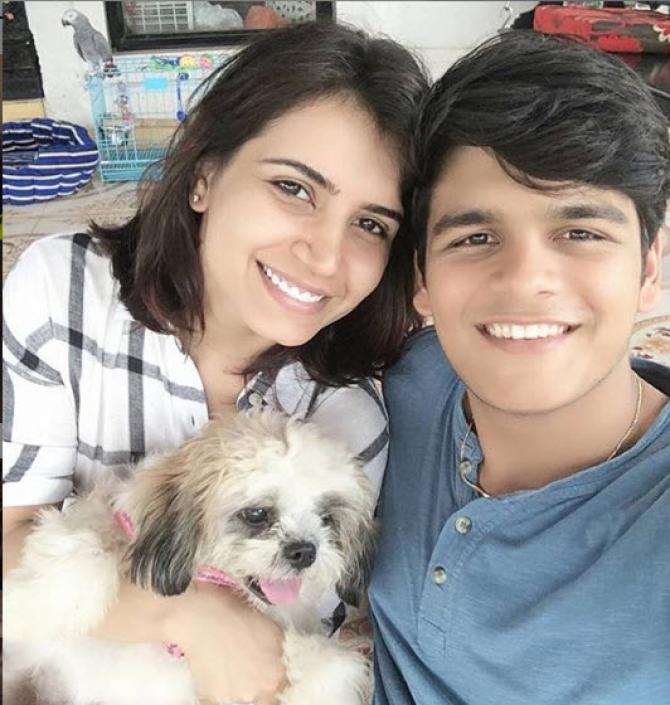