TV actress, Monalisa has been trolled for all of her life. In an interview, she opened up about how she dealt with trolls and body-shaming.

Bold and beautiful television actress, Monalisa, rose to fame after participating in the popular reality show, Bigg Boss. People had enjoyed her presence in the show and had adored her. However, it was with the TV show, Nazar, that the actress became a household name. Her stint in the show changed her life, and the actress has not looked back since then.

Monalisa is a commendable actress who creates ripples with her fabulous screen presence. In a conversation with ETimes TV, the diva talked about her bond with her husband, Vikrant Singh Rajpoot, and shared how playing the role of a ‘dayan’ in the TV serial, Nazar, changed her life. She also opened up about balancing her work and personal life and dealing with trolls on social media. 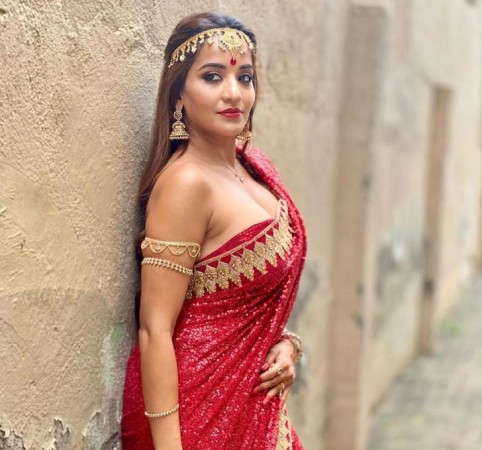 In a conversation with ETimes TV, Monalisa shared that initially, she was reluctant to play the role of a ‘dayan’ as in all her Bhojpuri films, she had always played happy-go-lucky roles. Talking about the same, she said, “I had done around 100 films in the Bhojpuri industry but nobody could ever imagine me in a negative role. While I was doing films also, I tried my best to do different roles. When Nazar came I was very excited and wanted to do it. I was a little reluctant that my Bhojpuri industry would accept me as a Dayan as they have always seen me dancing, playing happy roles. Even in Bigg Boss, I was a cry baby.” 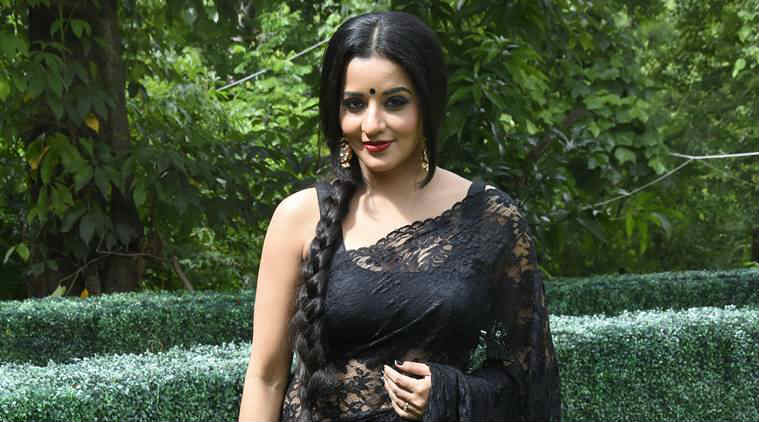 The actress further shared that she felt extremely proud that people loved her role in Nazar. Talking about the same, she said, “But when Nazar came and people saw me in that deadly look with that long ponytail, they loved me instantly. It was the vision of my director and my producer Gul Khan. I got immense love as Mohana, and I became a household name after being just known in the Bhojpuri industry. Kids loved me and I considered it a big achievement. Whenever I am at a mall or any coffee show, I am often asked where my Choti (ponytail) is. A few kids also get scared. I just love this attention and reaction.” 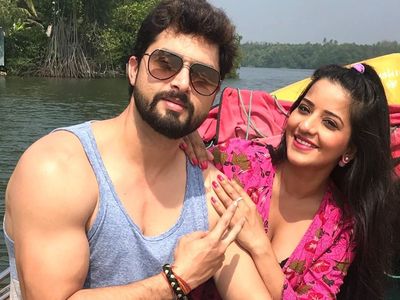 When asked about her work-life balance and her relationship with her husband, Vikrant Singh Rajpoot, Monalisa shared that she feels blessed to have an actor-husband. Sharing about the bond they have, the actress said, “During the lockdown we were with each other all the time. I feel lucky that I’ve got a life partner who is an actor and we both can understand each other very well. The time constraints and outdoor shoots and all. So because we both are actors we understand that well. Also, whenever we get some time in hand, we meet each other and spend time. We recently went to Maldives and had a very good time. We also plan out things like if he is shooting outdoors in Himachal so we plan to go there together.” 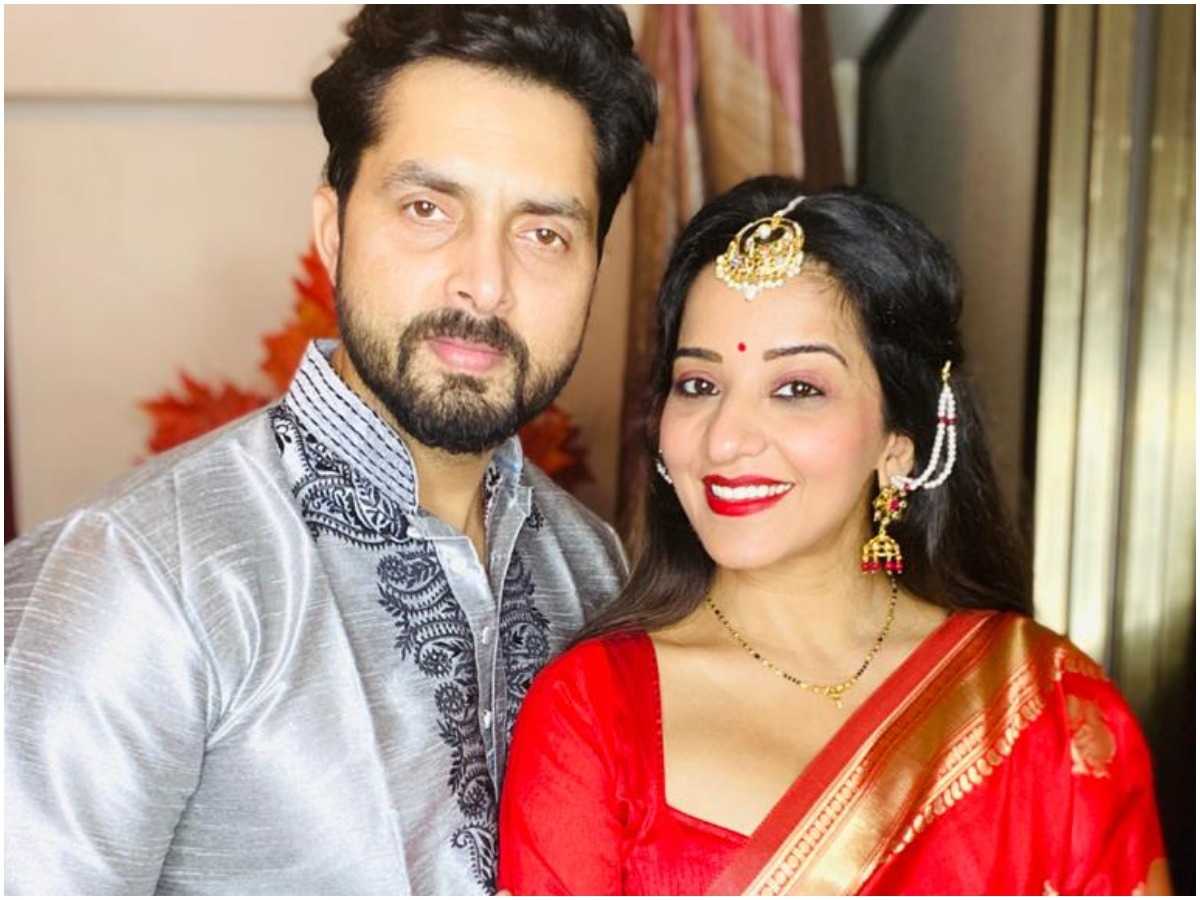 Just like every other couple, Monalisa and Vikrant also share a warm bond. But when it comes to being possessive about each other, Monalisa revealed that they both are very understanding and never felt possessive about each other. The actress revealed, “We have had this understanding from day one when we started dating each other. We met on the film sets, we know when you are on camera you are an actor and you are acting. In fact, I always tell him that whenever you are acting you should make sure that your chemistry with the co-actor should look authentic. He also supports me and there has never been a problem. We have never got possessive with each other.” Despite her commendable acting skills and the appreciation she received, Monalisa has never been immune to trolling. The actress opened up about how she has been body-shamed and mocked for not speaking fluent English. Sharing details about the same, she said, “I have been trolled a lot in my life. I think it has reduced now but initially, people used to write a lot of negative things. From body shaming to people mocking me for not being able to speak proper English or my dressing sense, I’ve seen it all. But I was very naive when I entered the Hindi industry. People who love me are more than these trollers, so I don’t let them affect me. Initially, I did get affected by the trolling but I gradually understood that it is better to ignore them. How can I suddenly change myself after coming into the industry, grooming takes time? Main ekdum se faratedaar English kaise bolne sakti hoon… Aur nahi bol sakti toh nahi bol sakti usmein galat kya hai. I am an actor and my job is to entertain.” 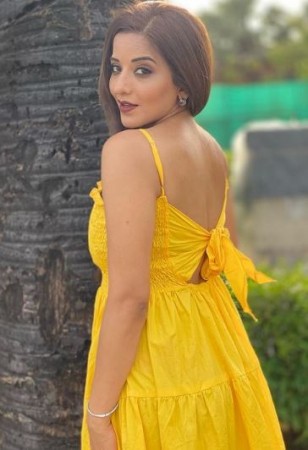 Monalisa also talked about her love for the popular reality show, Bigg Boss and said she is an ardent fan. She said, “Yes, I am an ardent Bigg Boss fan and I especially take out time to watch the show. Even if I miss it, I make sure to watch it. Vikrant also likes to watch it. Also, the episode and clips are all over social media, so even if you miss anything you get to know. This year’s Bigg Boss is very happening and they have a strong line-up of contestants. They will do a good job for us.” 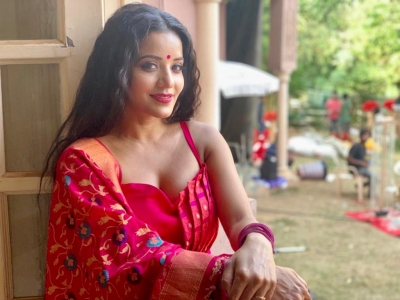 Meanwhile, on the work front, Monalisa was last seen in the TV show, Ankahee Daastan.

Don't miss: Kareena Kapoor Khan Shares That She Will Raise Her Kids Not To Differentiate The LGBTQ Community 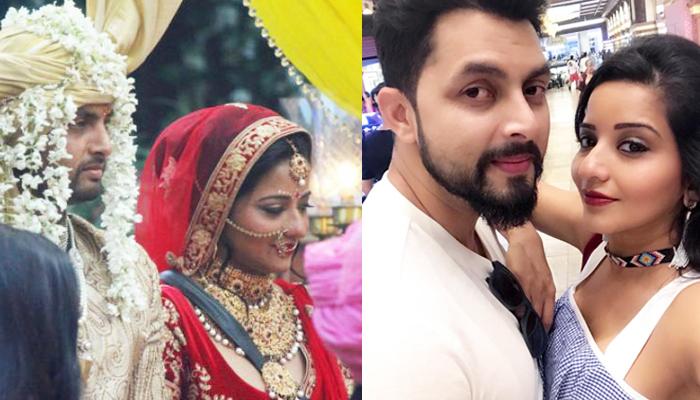 In the world of social media and paparazzi, nothing escapes from the eyes of shutterbugs. Whatever they do, wherever they go, gets the limelight and becomes the news. The same happened with another TV couple from the Bigg Boss show. Also seen in Nach Baliye, Monalisa and Vikrant tied the knot