Television actress, Mona Singh finally gets her 'missus' tag as she ties the knot with her long-time beau. Recently, we got hold of an adorable video from Mona Singh's Kaleera ceremony. 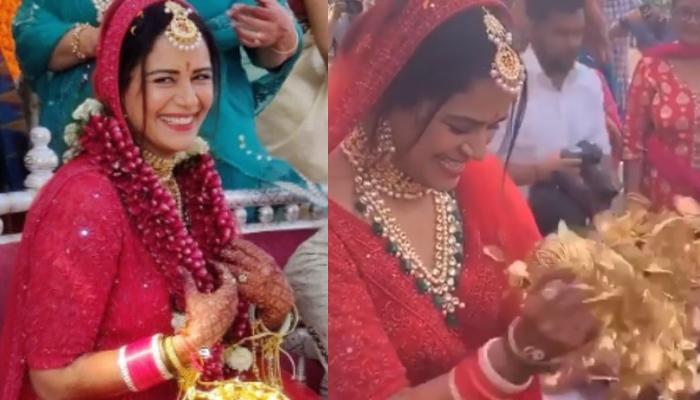 'Sabki baratein aayi doli tu bhi lana, Dulhan bana ke humko raja ji le jana!' This is one song from the 90s that holds a deeper meaning for every young girl as she eagerly waits for her doli. After all, we all anxiously wait to get the tag of 'missus' and tie the knot with our one true love. And television's prettiest and the wittiest actress, Mona Singh took the leap of faith and dived deep in the world of 'happily ever after'. Yes, the gorgeousness got married on December 27, 2019, in an intimate ceremony which was attended by all her friends. (Recommend Read: Karan Patel Expresses The 'Surreal' Feeling Of Becoming A Father, Wants To Be The 'Best Dad' To Mehr)

Before we take you further into the story, let us take a look at 'Mona Ki Shaadi''. This week, Mona gave a shock to all her fans when pictures of her mehendi ceremony started trending on the internet. We couldn't believe our eyes that our favourite actress was all set to tie the knot. For her mehendi, Mona had donned a pink ensemble with matching floral jewellery. She was looking one of the happiest brides-to-be in all her pictures. 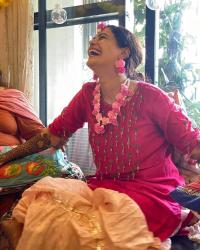 Today, on December 27, 2019, Mona Singh exchanged the wedding vows with Shyam Rajgopalan. And while we were drooling over her wedding pictures, we got hold of her kaleera ceremony video, posted by her close friend, Rakshanda Khan. In the video, we can see her excitement as she excitedly tried dropping kaleeras on her unmarried friends' forehead. Take a look at the screenshots of the video: 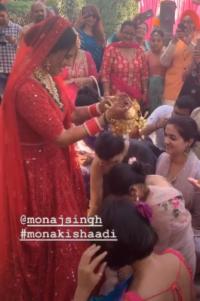 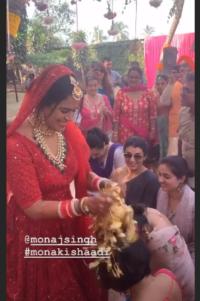 A recent report in SpotBoyE stated that this is Mona Singh's groom, Shyam Rajgopalan's second marriage and he is a father of a 10-year-old daughter. Earlier a report in SpotboyE had confirmed the news of Mona dating Shyam. It had stated that the actress was in a secret relationship for the past year now, and she even plans to settle down with her man. (Also Read: Arpita Khan Sharma And Aayush Sharma Pick A Unique Name For Their Newborn Daughter, It Means Miracle) 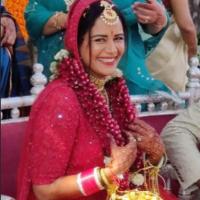 For the wedding ceremony, Mona picked a gorgeous red lehenga for the wedding. She accentuated her look with a choker neckpiece, a long chain necklace with emerald drops and a statement matha patti. On the other hand, Mona's groom opted for a beige sherwani with a pink turban. 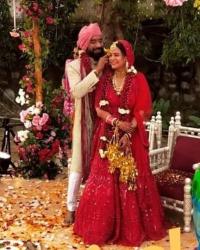 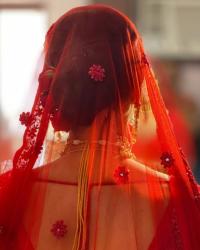 In a 2016 interview with The Times of India, Mona had talked about her idea of marriage and had said, "I would love to have a swayamvar. Let’s have a contest and look for a groom for me. (laughs out loud). But on a serious note, of course, I always wanted to get married but I am not dying to get married! My parents are happy to see my work and be independent. Marriage is not the only thing left to do in life. It is for those girls who are not working and are waiting to get married and whose parents think their daughter is a burden." 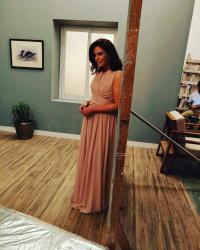 For those who don't know, Mona was earlier dating Bollywood actor, Vidyut Jamwal and the rumours were abuzz that the two had tied the knot. However, the actress had cleared the air in an interview, and had said, "I am in love with Vidyut Jamwal, but I am not married. I don't know where the news of my marriage came from. But if I was married, I would proudly announce it to the whole world. A girl's dream is to eventually get married, so why would I hide that?" The two dated for almost five years, but things didn't work out between and they parted their ways in the year 2015. (Don't Miss: Mona Singh's First Look From Her Wedding, She Looks Ethereal In A Red Lehenga With Minimal Chooda)

Well, we wish Mona Singh, the happiest journey as a 'Missus'!