Mona Singh Got Her Eggs Frozen At 34: All You Need To Know About Egg Freezing, Its Benefits And Cost

Television actress, Mona Singh had got her eggs frozen at the age of 34. Check out why women are opting for egg freezing and what are its benefits!

Pregnancy is a blissful phenomenon, and almost every other woman wishes to embrace motherhood and bear a child. Though women have different perceptions about the right age to get pregnant, they have to opt for it as their biological clock is ticking. However, these days, women have become career-oriented, and to keep their childbearing capability intact, they are freezing their eggs.

Egg freezing is the latest hype among the Gen X, and women are going all out and opting for this procedure. However,  if you're curious to find out what this process is all about and what are its key benefits, then you've arrived at the right place. In this article, we've brought to you the magical perks of freezing your eggs, the right age to do it and what are the processes involved in egg freezing. So, let's dig in!

Mona Singh Shares Why She Is In No Hurry To Plan Her Honeymoon With Husband, Shyam Rajagopalan

Mona Singh Reveals Details About Freezing Her Eggs, Shares Why She Is Not In A Hurry To Have Kids

Also Read: Back Pain During Pregnancy: Reasons And Treatment, Everything You Need To Know About It

Mona Singh froze her eggs at the age of 34 Television actress, Mona Singh had become a household name with her stint on the show, Jassi Jaisi Koi Nahin. The actress had got married to the love of her life, Shyam Rajagopalan, on December 27, 2019, in an intimate ceremony. She is currently enjoying every moment of her marital life with her darling husband. Mona had tied the knot at the age of 39, and she was often bombarded with questions about embracing motherhood. However, she and her hubby, Shyam are in no rush to have a baby, so they are taking things slow. Not many know that Mona Singh had opted to freeze her eggs at the age of 34, i.e., five years before tying the knot. Once in an interview with The Times Of India, the actress had opened up about the same and revealed that she and her hubby, Shyam were in no hurry to have a child even though her biological clock is ticking. She had added that she had frozen her eggs at the age of 34, as she wanted to chill and travel with her partner. Talking about the same, she had said:

“I have frozen my eggs and now I am free. I did that at the age of 34. Because I have gotten married now, I want to chill with my partner and travel the world with him. I haven’t done that yet. I have always travelled with my family or friends. I want to do that with my husband now and it is a different feeling now -- going for walks, getting all the attention, keeping Karwa Chauth vrat – all this is so nice. Even though I love kids, if you ask me now, I am not mentally prepared to have one. Later in life, I would definitely think about it.” 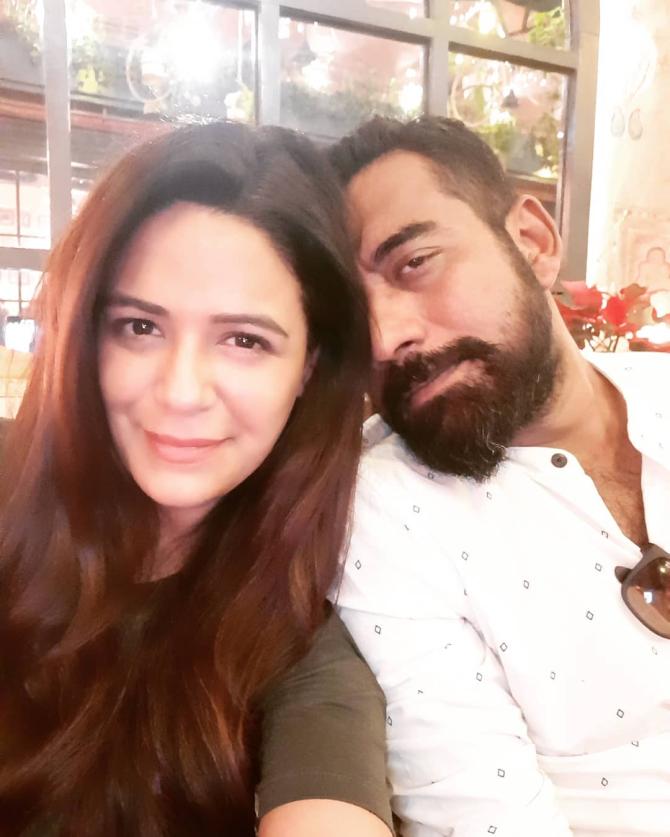 Further in the interview, Mona had recalled her mother's reaction to the same and revealed that her mother was happy with her decision. She had also shared that the process involved a lot of mood swings, so she had taken a break from work for about five months. In her words:

“My mother was so happy when she heard about my decision to freeze my eggs. We both went to my gynaecologist in Pune and I had to take a few months break from work as the process involves a lot of mood swings. It took about 5 months for the process and now, as I said, I am free.”

What is egg freezing? 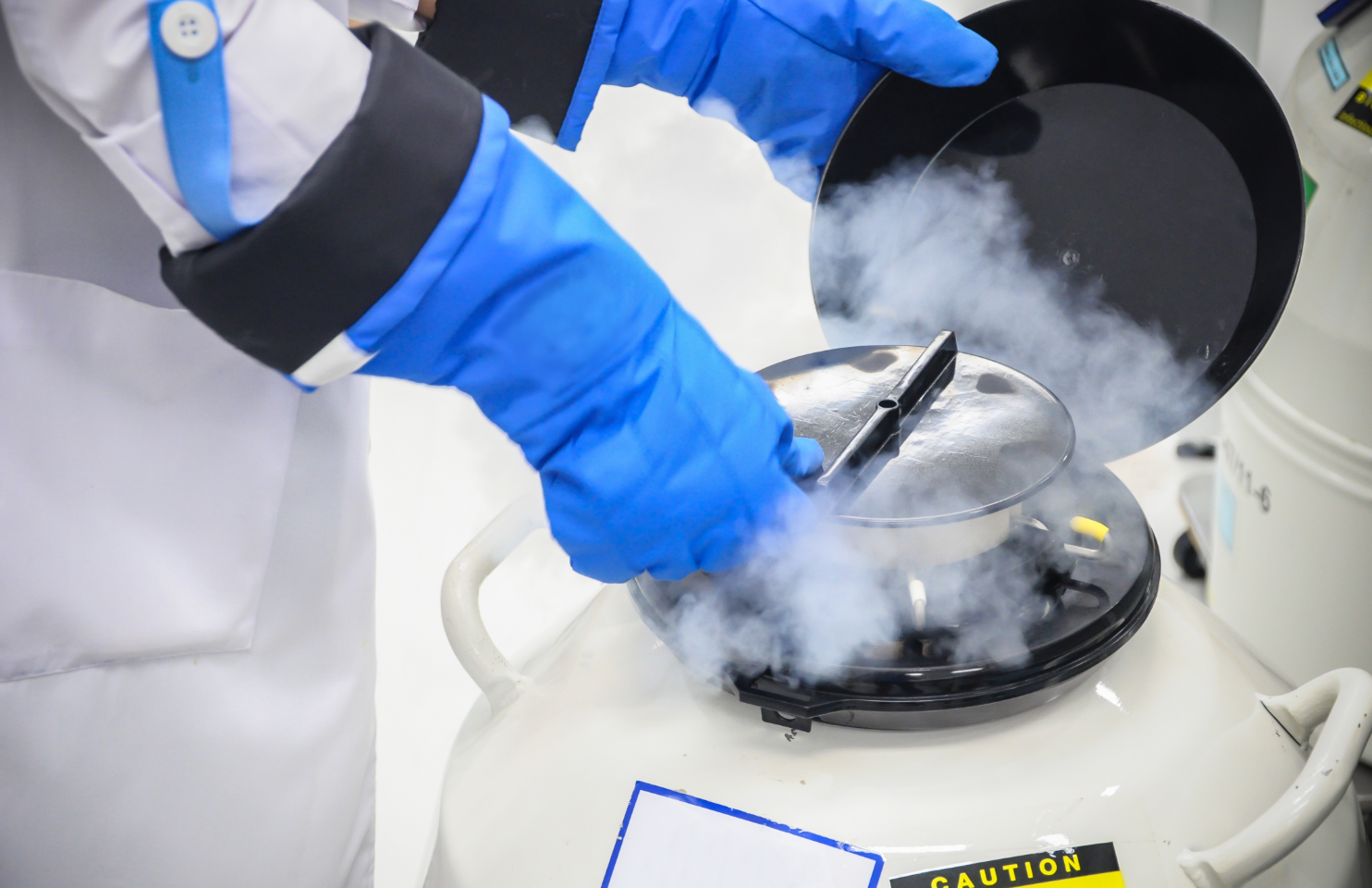 Egg freezing is an advanced method, which is used to preserve a woman's ability to embrace motherhood in future. In this process, the doctor prescribes some hormonal drugs to the woman for about a month, and once the eggs are collected in her ovaries, they are preserved clinically. Later, the doctor freezes the unfertilized eggs and stores them for future use. And in most cases, the eggs are again implanted inside the uterus, much like in-vitro fertilization (IVF). You can use the frozen eggs to try to conceive a child with sperm from your partner, once you're ready.

Why is egg freezing done? 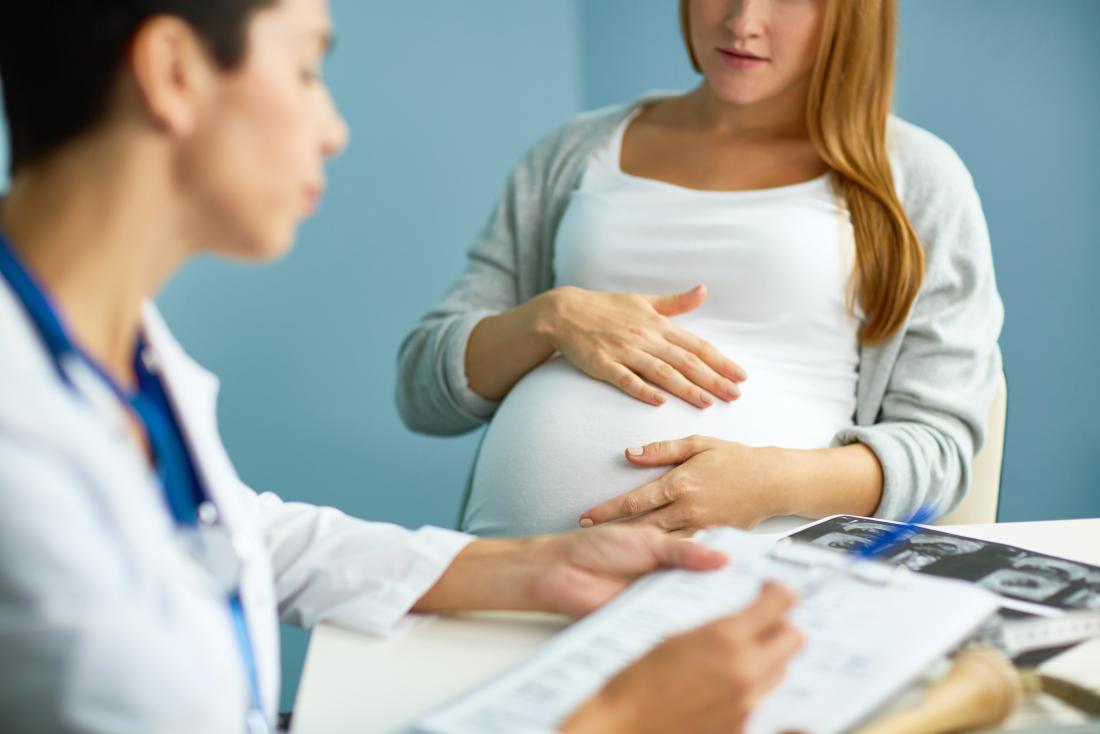 Egg freezing is an option widely being used by women who are not ready to get pregnant now, but they want to have kids later. Women suffering from a health condition that can affect their fertility, like sickle cell anaemia, autoimmune diseases and gender diversity, often opt for egg freezing. Also, this process is beneficial for women who need treatment for cancer or any other disease that can affect their ability to get pregnant. Sometimes, women also wish to preserve younger eggs now, so that they can use them to get pregnant when they're ready. Apart from that, women who want to build their careers in their 30s, without risking their chance of getting pregnant later, also get their eggs frozen.

Recommended Read: Miscarriage In Pregnancy: Symptoms, Causes And How To Deal With It

How much does egg freezing cost in India? 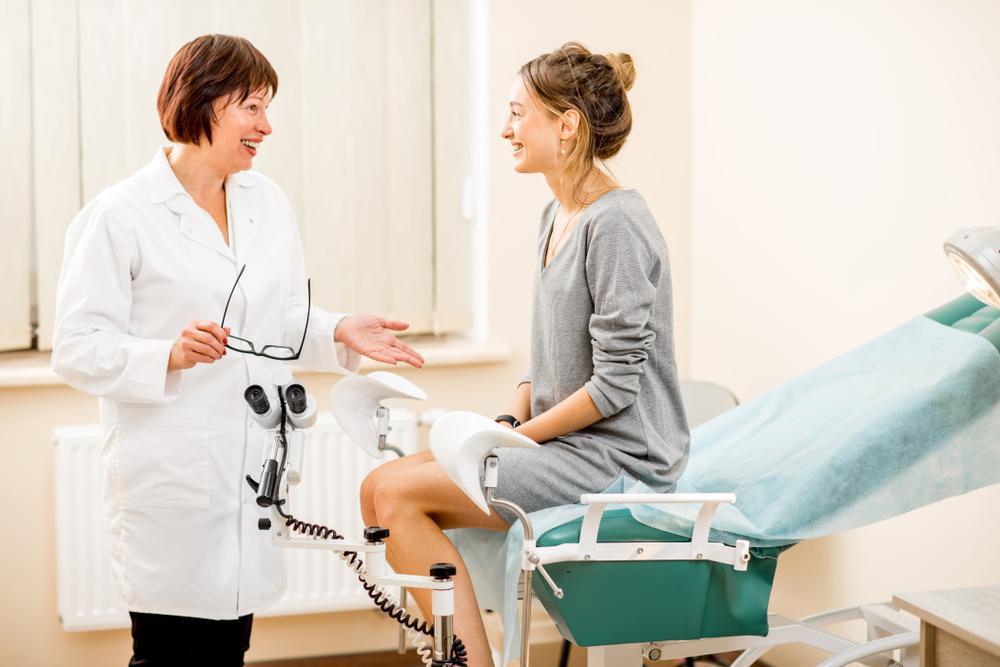 Egg freezing is a very arduous task, and it requires some advanced equipment to perform the process efficiently. With that said, not every hospital can afford those medical tools and machines, so only a few hospitals have adequate facilities in India. Talking about the cost of egg freezing in India, the entire process right from retrieval of eggs to storage, can cost somewhere around Rs. 1.5 lakhs. However, if you wish to store your eggs in liquid nitrogen for a longer duration, you might have to pay some additional amount for the same.

What are the risks involved in egg freezing? Egg freezing is not like any other process, and if not performed effectively, it can lead to some major problems. Firstly, pregnancy rates from frozen eggs mostly depend upon the age of the woman at the time she freezes her eggs. However, it doesn't get affected by the age at which she uses them. Therefore, the chance of future pregnancy increases if you get your eggs frozen before you turn 35. Moreover, it also decreases the risk of miscarriages when you opt to get pregnant later. 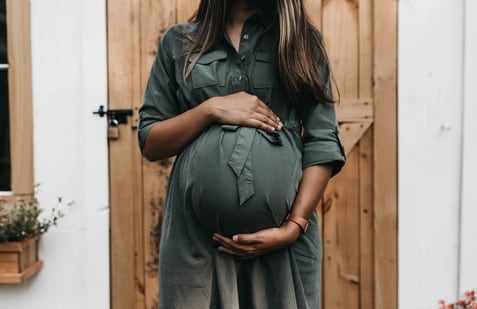 Apart from that, women also have to visit the doctor everyday for about a month to get some tests done. Meanwhile, they also face some terrible mood swings, bloating and fatigue throughout the process. Also, consumption of alcohol, sex and excessive workout are some of the activities that should be avoided in order to have a successful attempt at egg freezing.

How effective is egg freezing? 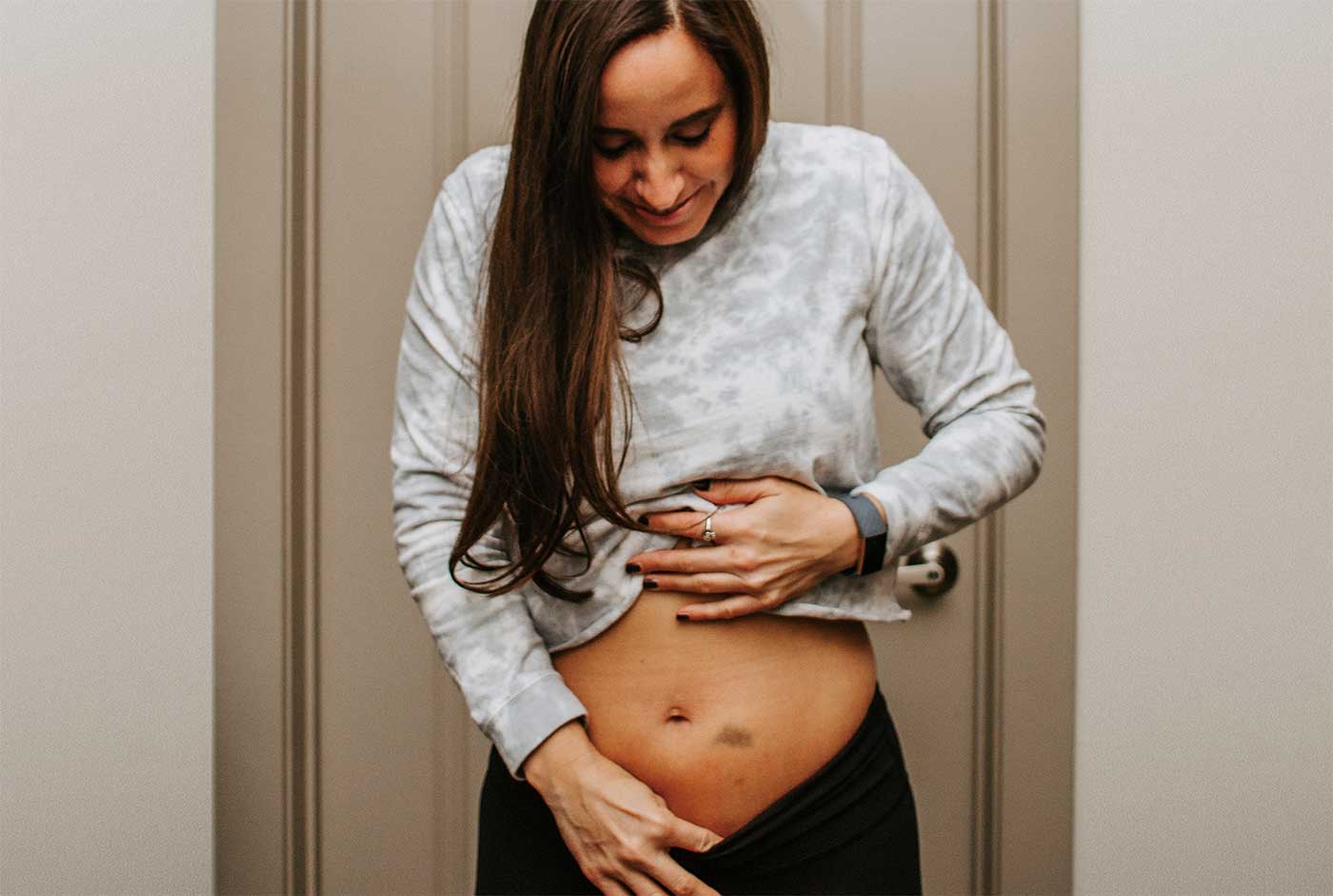 Though a lot of women are opting for egg freezing, there's a very little chance of them to have a successful pregnancy. This is why, the doctors store somewere about 20 eggs, so that women can increase their rate to get pregnant in future. Currently, women have 18% chance of having a successful pregnancy, that too, if they use their frozen eggs before they turn 38, as age is a key factor to measure the effectiveness of egg freezing.

What are your thoughts about the process of egg freezing? Would you ever opt for freezing your eggs before the age of 35? Let us know.

Don't Miss: 15 Fruits, Vegetables, Spices And Other Foods To Avoid During Pregnancy For A Healthy Journey

Mona Singh Shares Why She Is In No Hurry To Plan Her Honeymoon With Husband, Shyam Rajagopalan