Mona Singh celebrates her first Lohri after marriage with Rajagopalan family. Look at the pictures and videos to get the traditional Lohri feels right away. 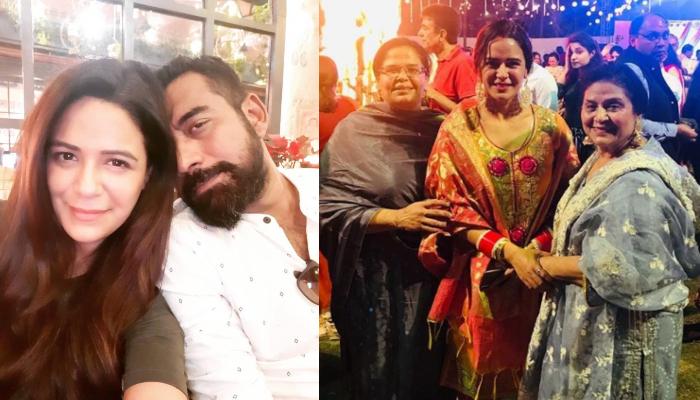 In this world, where we all are doing jobs we don’t desire to buy the things we don’t need. There’s no room left for peace and true satisfaction. We all are tangled in our webs of greed and thus don’t have time for the things that we need in real. However, in everybody’s life there comes a moment, when they realise that subtracting the time from their loved ones in the hope that one day they’ll spend time with them is a lie. But, different people realise this fact at a different time in their respective lives. Talking about the reason behind this is the modern tradition that celebrates the people who spend more time in their offices than homes or with friends. But, even then why not a single person has ever said in his/her last words that, they regret that they don’t spend more time in office? Why all regrets are about the time we don’t spend with our loved ones? (Recommended Read: Erica Jennifer Fernandes Breaks Her Silence On Her Engagement Post, Says Small Sneak Peak Is Enough)

We hope people start realising the significance of being with your family and loved ones soon. However, it’s not completely dark outside just yet. As we have a lot of people out there, who don’t like to skip being with their families on festivals. It’s extremely crucial to be with their family on festivals because these are the moments that will live in their hearts forever. Yesterday, we all celebrated one such extremely important and traditional festival, Lohri. The whole social media was loaded with celebrities’ Lohri pictures. However, some celebrities were celebrating their first Lohri after marriage. One such celebrity is our beloved Bollywood and TV star, Mona Singh. 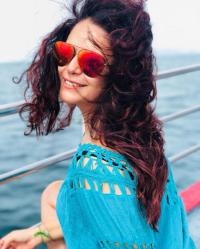 The Jassi Jaisi Koi Nahi fame, Mona Singh had tied the knot with the love of her life, Shyam Rajagopalan on December 27, 2019. So, this was Mona Singh’s first Lohri with her new family and no wonder it was an emotional and big moment of her new journey. The festival holds special meaning for the newly-married couple, Mona and Shyam, as it’s more like the start of a new journey by burning all their disputes once and all in that holy bonfire. The actress shared a lot of pictures and videos of her Lohri celebrations with her family and friends in a traditional Punjabi set-up on her Instagram handle and captioned them as, "Happpyyyy lohri #love #lights #happiness #mygang". Have a look down below: (Also Read: Charu Asopa And Rajeev Sen Celebrate Their First Lohri Together After The Wedding) 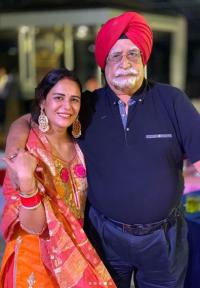 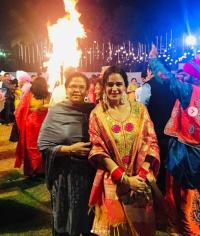 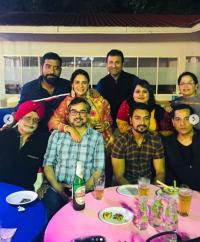 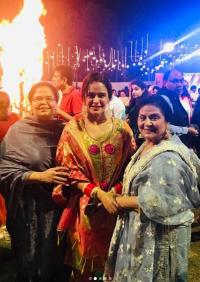 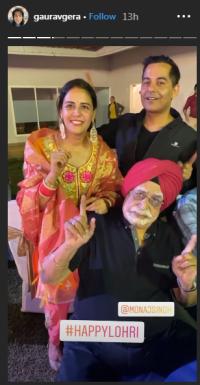 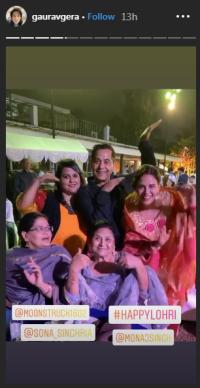 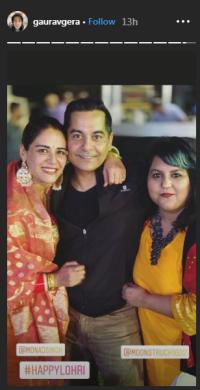 From the outfits to the set-up, these pictures and videos are a perfect example of a traditional Punjabi Lohri. Looking at Mona Singh, there’s no denying the fact that she’s enjoying her life with her husband, Shyam Rajagopalan and his family. Even before their marriage, the two were dating secretly for a long time. But, it was her marriage that caught everyone’s eye, from stunning outfits to extremely happy faces, everything was just beyond perfection. However, Mona’s marriage was no less than a festival of beautiful outfits. In an interview with Pinkvilla, Mona’s best friend and Television’s actress, Rakshanda Khan had talked about her marriage and had explained, “It was beautiful! From the bride to the decor, everything was just gorgeous." When Rakshanda was asked, if Mona had wedding jitters, she had denied and had said, “Do moms look like the kind of person who will get jitters!? Plus, I think when you have waited such a long time to walk down the aisle to your Prince Charming it’s more like let’s get on with it.” 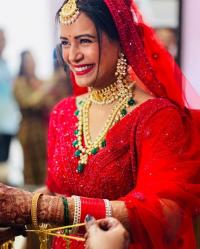 In the same interview, Rakshanda had also talked about the feeling that she had felt while witnessing her best friend getting dressed as a bride. Despite, talking about Mona’s marriage numerous times, when she had finally came in front of her dressed as a bride, it was a completely distinctive moment for Rakshanda and all her close friends and families. She had revealed, “Seeing Mona as a bride for the first time! Her mum and I had discussed it umpteen times but seeing my goofy nutty friend looking resplendent in red was one real emotional moment.” Well, no wonder seeing these pictures and videos, there’s no denying the fact that Mona is having a great life in her new family. (Don't Miss: Ekta Kapoor Shares An Adorable Picture With Son, Ravie, Pens A Wish For His First Lohri) 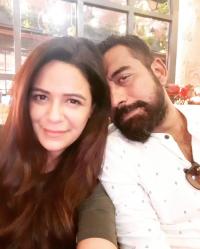 Hope Mona and Shyam have a tremendous married life ahead.