The Mohan sisters share a great rapport with their 'jiju', Nihaar Pandya. The pictures from their Australian vacation is proof of the same. Take a look! With the ongoing COVID-19 pandemic, we are missing out many important things of our lives. In the beginning of the year 2020, many of us had made travel plans and had adjusted our yearly calendars accordingly. But the onset of Coronavirus had not only spoiled all our plans but had also shunned the chances of any kind of travel in the near future. With more than six months of being locked inside our homes, now, all we crave is to book our tickets and take the next flight to our favourite destination. (Also Read: Riteish Deshmukh Kisses His 'Baiko', Genelia And Pens Down Everything That She Means To Him)

And as we talk about travel plans, the Mohan sisters’ (Kriti and Shakti) Instagram feeds had given us a glimpse of their Australian vacation sometime back which they had to cut short because of the global pandemic. It was February 15, 2019, when the beautiful singer, Neeti Mohan had gotten married to the love of her life, Manikarnika actor, Nihaar Pandya at the Falaknuma Palace in Hyderabad. And ever since the wedding, Nihaar has become a part of the Mohan family. He not only shares a great rapport with his in-laws but shares a warm bond with Neeti’s sisters, Shakti Mohan, Mukti Mohan and Kriti Mohan. The Mohan sisters dote on their jiju and often spend time with him.

While scrolling through Shakti and Mukti Mohan’s IG feeds, we came across some breathtaking pictures of the Mohan sisters from their Australian vacation with their jiju, Nihaar Pandya and didi, Neeti Mohan. Although Kriti Mohan missed the trip but the rest of them had a gala time. From taking a ride on Puffing Billy train to chasing hot air balloon, their gorgeous pictures would surely evoke the wanderlust in us. Take a look at their pictures:

Although they had an amazing time, they had to cut short their fun trip due to the Coronavirus crisis. They had cut short their Australian vacation and had returned to India before the lockdown. In an interview with the Hindustan Times, Neeti Mohan had recalled how they had to rush back to India and had stated, “It was just the onset [of the pandemic], but the numbers suddenly increased. When we heard that actor Tom Hanks and his wife Rita Wilson, who were also in Australia, had contracted coronavirus, it was alarming. They were shooting in the same country, and I got an anxiety attack thinking if someone of that league can get it, we might also get affected. Our parents also called us and asked us to return immediately.” While they were supposed to return on March 17, 2020, they had to rush back on March 12, 2020 due to the pandemic. (Also Read: Arpita Khan Sharma Twins With Her 8-Month-Old Daughter, Ayat Sharma In Florals On Her 31st Birthday)

Time and again, Nihaar Pandya or Neeti Mohan Pandya’s sisters, Shakti Mohan, Mukti Mohan and Kriti Mohan share priceless jiju-saali moments. Sometime back Shakti had taken to her Instagram handle and had posted a picture, wherein she was making a cute-angry face as she had posed with her jiju, and Nihaar had clicked a selfie of the duo. She had captioned the picture as “Saaliyon ke nakhre @nihaarpandya jija ji When you finally get a big brother who you can throw all your tantrums on. So fulfilling @neetimohan18.”

After Neeti and Nihaar’s wedding, Mukti had taken to her official Instagram handle and had shared a lovely picture with the newly-weds, along with Shakti Mohan and Kriti Mohan. Along with the picture, she had written, "We are 5 Now. @nihaarpandya NJ Zooooo. Yayyyyyyyy Welcome to our Mad Mohan family.”

In an interview with SpotboyE, Neeti Mohan had revealed how Cupid had struck the duo with its sharpest arrow. She had shared, “We both have strong values and quite similar ones. I think Jimmy knew that, and trust me, he was very sure that we would click. He introduced us at a wedding, where Nihaar was accompanied by his parents. They met me very warmly and there was an instant connect with not just Nihaar but also his family members”. (Also Read: Sushant Singh Rajput Had Confronted Rhea Chakraborty Over Her Reckless Shopping On His Cards)

Do you also miss travelling? Let us know. 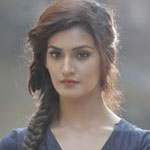 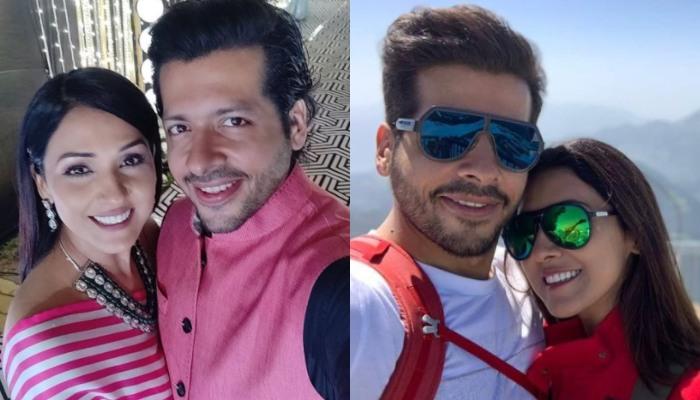 We eagerly wait for our birthday throughout the year as it is the only time when everyone showers us with surprises. However, 2020 is the year when every celebration and event has mellowed down due to the COVID-19 pandemic. Although all the celebrations have turned into a low-key affair, nothing can