Your family gets completed the moment you hold the hands of your little munchkins. The joy of seeing them getting older and learning new things is out of the world. From preparing their first meal to getting them dressed up for the party, your whole life revolves around them. You never feel tired of running after them and doing everything possible for your little version.

The power couple of Bollywood, Shahid Kapoor and Mira Rajput Kapoor are one such happy family. Unlike many other B-town celebs, Shahid Kapoor had an arranged marriage. He believed in the notion of parents selecting your life partner. Shahid and Mira had tied the knot on July 7, 2015, in Delhi. The two had a private ceremony, followed by a grand wedding reception in Mumbai. (Recommended Read: Shloka Mehta Flaunts A Pretty Lehenga For Her First Ganesh Chaturthi Celebration After Wedding) Shahid Kapoor and Mira Rajput Kapoor are proud parents of two little munchkins, Misha Kapoor and Zain Kapoor. Their life revolves around them. Today, on September 5, 2019, Shahid and Mira’s little lad turned 1 and Mira had started with the preparations for the birthday celebrations, a day before that. Mira took to her Instagram story and had shared a sneak peek of the handmade birthday decor. Sharing the glimpse, she had written, “DIY Birthday Prep”, atop it. Take a look: 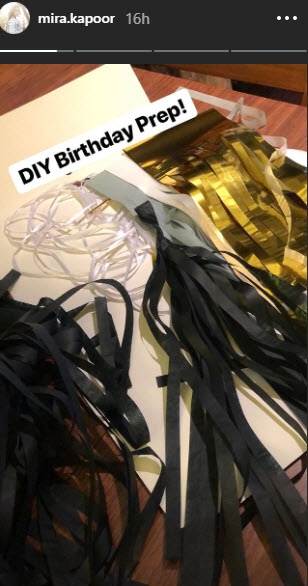 Shahid Kapoor and Mira Rajput Kapoor had joined the parent's brigade for the first time in August 2016, when their little angel, Misha Kapoor was born, and the family was blessed with the fourth member on September 5, 2018. Mira had announced the news of her second pregnancy, by sharing a picture of Misha lying on the floor with a big smile on her face. Next to her, it was written, “Big Sister.” 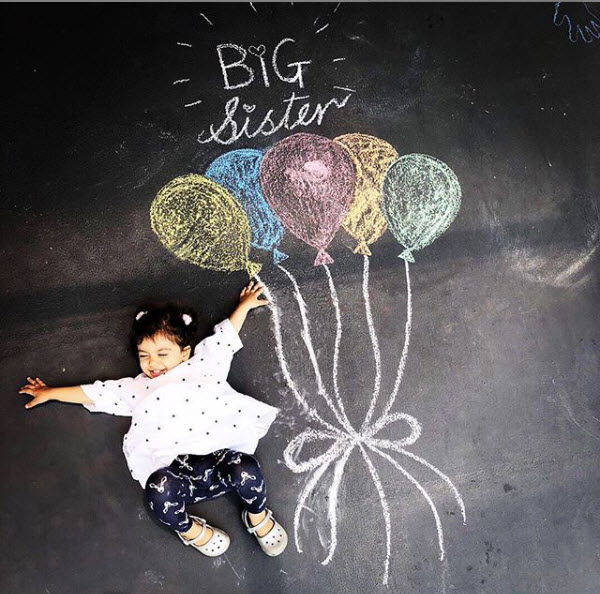 On September 5, 2018, announcing the birth of his little lad, Shahid had taken to his twitter handle and had written, “Zain Kapoor is here, and we feel complete. Thank you for all the wishes and blessings. We are overjoyed and so grateful. Love to all." Mira Rajput and Shahid Kapoor have always showered the internet with their kids' adorable pictures and August 20, 2019, was no different! Shahid had shared his childhood picture along with one of Zain’s on his Instagram handle and had captioned it as, “Spot the difference #likefatherlikeson." (Suggested Read: Priyanka Chopra's Brother, Siddharth's Mystery Girl From Ambani's Ganpati Bash Is No More A Mystery) On August 26, 2019, Shahid Kapoor and Mira Rajput Kapoor had celebrated a combined birthday for Misha, who turned 3 and Zain, who was 11 months’ old. On Misha’s birthday, Mira had taken to her Instagram handle and had shared an adorable picture of her little angel and had captioned it as, “I love you, my sweetheart. Happiest birthday to my angel, Misha. I pray for your happiness my darling, God bless you always! Thank you for being the light of our lives!” 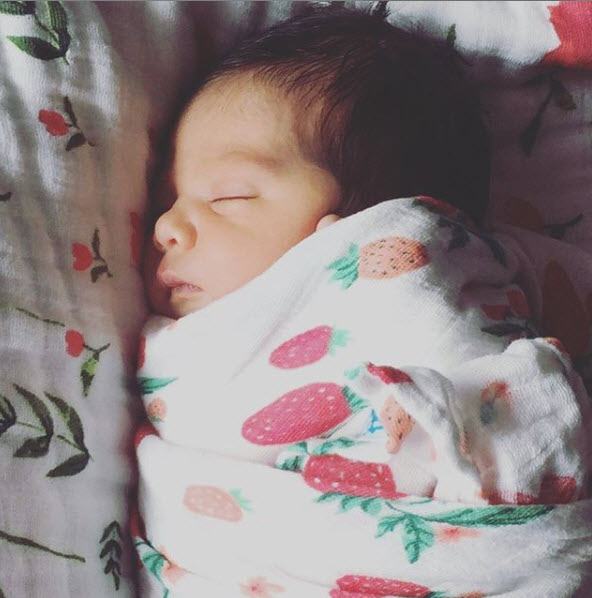 The elated parents had arranged a noon birthday bash for their kids. Mira took to her Instagram story and had shared a gigantic birthday card for Misha and Zain, with a cute message written on it, “... and then Misha became a beautiful butterfly and Zain a buzzing bee.” And thanking the birthday planner, Mira had written, “Thank you to my dearest and most talented friend for the most beautiful birthday Misha and Zain could have asked for @shimulmodi.” 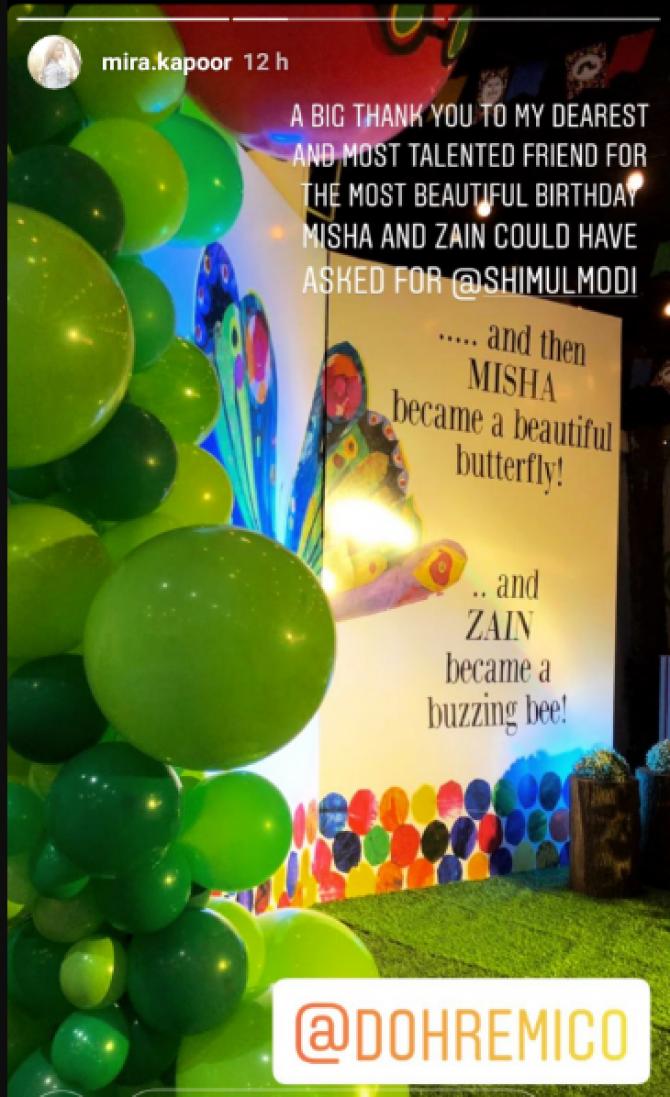 The joint birthday bash was attended by an array of star kids and some were accompanied by their parents. AbRam Khan, Soha Ali Khan and Kunal Kemmu with their daughter, Innaya Naumi Kemmu, Esha Deol with her daughter, Radhya Takhtani, Varun Dhawan's bhabhi, Jaanvi Dhawan and her daughter, Karan Johar’s twins, Yash Johar and Roohi Johar and Rani Mukerji had attended the bash. The birthday bash was also attended by Misha and Zain’s dadi, Neliima Azeem and chachu, Ishaan Khatter. Take a look at the pictures and video from the celebrations:

Talking about preparing Misha for a younger sibling, Mira had once conducted an “Ask Me Anything” session on her Instagram and had answered the question, “How did you prepare Misha for a sibling?” She had replied, “We spoke to her about it a lot. Read a lot of storybooks to her (Topsy and Tim and the New Baby became a favorite of hers) and let her feel a part of the process even till now! Help around, bring mom a glass of water or sing wheels on the bus to Zain if he’s crying. We let her feel the baby is hers to take care of, she felt like a grown-up little helper.” (Must Read: Sara Ali Khan Shares A Picture When She Weighed Around 90 Kgs, Proves That Weight Is Just A Number) 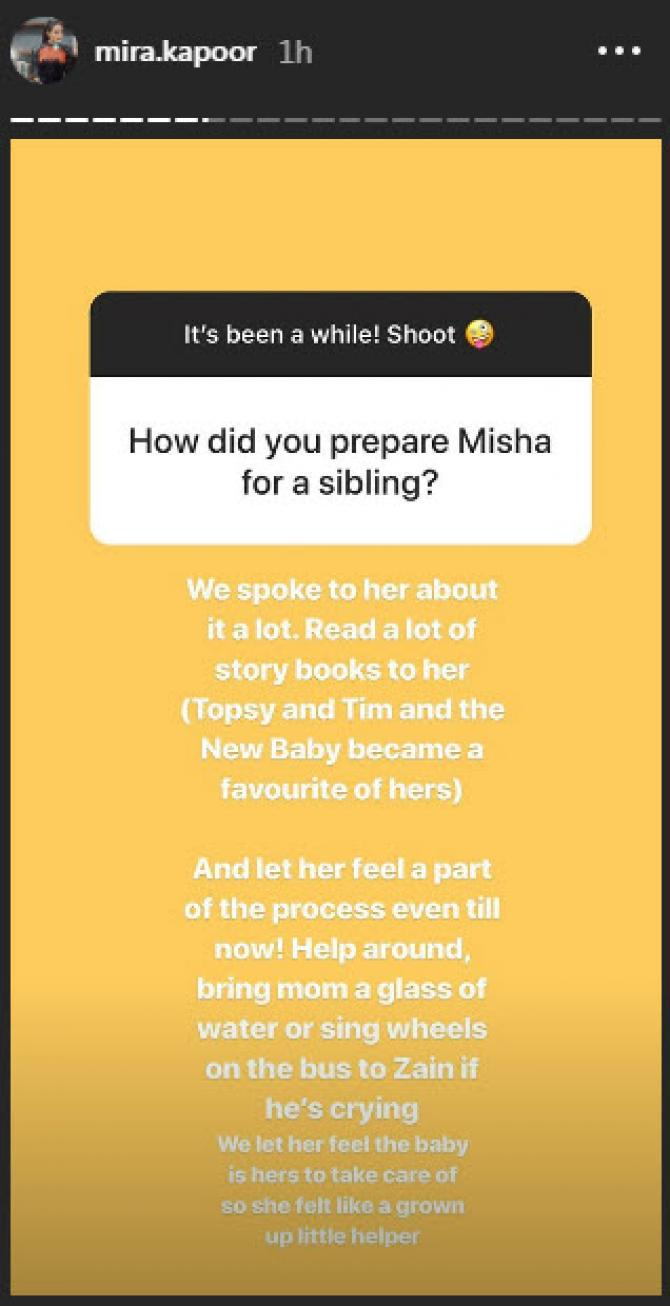 Mira Rajput Catches Hubby, Shahid Kapoor Checking Her Out In This Romantic Picture, She Pens A Note 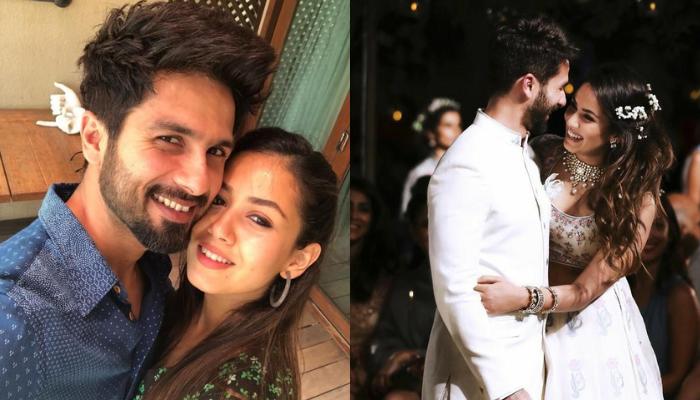 Shahid Kapoor was single for 4 years after his break-up until he met Mira Rajput, a Delhi-based girl, at a family friend’s farmhouse. They started with blank slates and began to know each other with every passing day. Though Mira had taken 6 months to say ‘Yes!’ to our chocolate