Shahid Kapoor tied the knot with Mira Rajput Kapoor and today, they are proud parents to two kids, Misha Kapoor and Zain Kapoor. Checkout what all the doting daddy revealed about the little ones.

No matter what, if two people are bound to be together, they will meet each other and end up marrying anyhow. Also, it is rightly said that, “Matches are made in heaven”, and Bollywood’s handsome hunk, Shahid Kapoor and his better half, Mira Rajput Kapoor prove it in the best manner. Shahid and Mira met each other only for 3-4 times through their families and decided on forever like how. Today, not only their relationship is growing stronger, but they are a complete family with their kids, Misha Kapoor and Zain Kapoor in their lives.

There is no surprise that Shahid gets candid about his personal life every now and then in his interviews. He is amongst those celebs, who are quite chilled out when it comes to talking about their personal lives. Similarly, when he recently appeared on Neha Dhupia’s chat show, BFFs With Vogue, he got candid about being a father to a baby boy and a baby girl. (Also Read: Shahid Kapoor Reveals How Mira Rajput Kapoor Reacts When Kids Misha And Zain Get Trolled) In an interaction with Neha, Shahid Kapoor reveals what it is like to be a father to a baby boy. He was quoted as saying, "He is so good looking; I am fanboying him all day." And instantly, when Neha asked him, "Is it like a mini-me moment for you?" He denied the same and remarked, "Not at all. He is way better looking than me. He has got (features from) both of us (Mira and me). Because he is a boy and he was born with a lot of hair, everybody thinks he looks similar to me, but actually, I think his features are a lot more like Mira's. He has got sharper features which is nice for a boy and I think both of them are like a little bit of a mixture of both of us. But he is just really good looking." Shahid Kapoor further went on to add, "I don't think it can be explained. Everybody who has a daughter will understand what I mean and with Zain, it's more like a buddy vibe like even though he is just eight months old but I still buddy him, and with Misha it's like, it's different." In the later half of the show, during one of the signature game rounds of the show, 'Say it or strip it', Shahid was asked who is a bigger brat amongst the two and he chose Misha to be the one saying, "Zain is a little bholu (innocent)!" (You May Also Like: Dipika Kakar Bakes Delicious Keto Chocolate Chip Cookies For Hubby Shoaib Ibrahim And Family) On becoming second-time daddy with the arrival of their little munchkin, Zain, Shahid had once expressed his feelings, “It’s completely different this time. I think we are calmer and more relaxed. Mira and I would be asking questions and having doubts. But this time around, we feel like veterans. We have done it once, so we can handle it this time around.” In another interaction, he had quipped, “Having a child is the most amazing feeling. And we are fortunate that we are having a second one so soon, so I feel happy and blessed about that. Family is always a big reason to work even harder. When you come back home to your family after work, it’s a great feeling.” Further talking about the fact that if the responsibility will get double, Shahid had remarked, “I don’t think so. It’s just that you have to do whatever is required (as parents). In fact, I am nervous because I have Batti Gul’s release coming up in September and the baby is due around the same time. That’s why I have to dedicate my time correctly to both the things and hopefully, I will be able to manage it well.” (Do Check: Kangana Ranaut's Sister, Rangoli Shares Hrithik Roshan's Sister, Sunaina Has Been Calling Them) For the ones who don’t know, Shahid will soon be seen in Kabir Singh for which he had done a lot of hard work. In a chat with the Mid-Day recently, he had revealed that he had to gain weight and then, lose a few kilos for his upcoming film. Talking about the same, he had shared, “It’s always character before your personal life. The team decided to first shoot the portions that saw me out of shape. The character goes through an emotional phase; he is self-destructive and doesn’t care about how he looks.” He had further gone on to add, “Actors are used to [looking] their best, at all times. But, here, I had to look as disinterested as I could about the way I appeared. Hence, we took the decision to grow the hair and beard. They took about two-and-a-half months to grow out, and during this phase I worked with my trainer Samir Jaura on drafting a plan and achieving the [hefty] look. If you sit down and make a plan, there’s a smart way of (gaining weight).” (Don't Miss: Disha Patani Thanks 'Tiggy' Tiger Shroff As He Shares A BTS Dance Video Of 'Befikra' On Her Birthday) 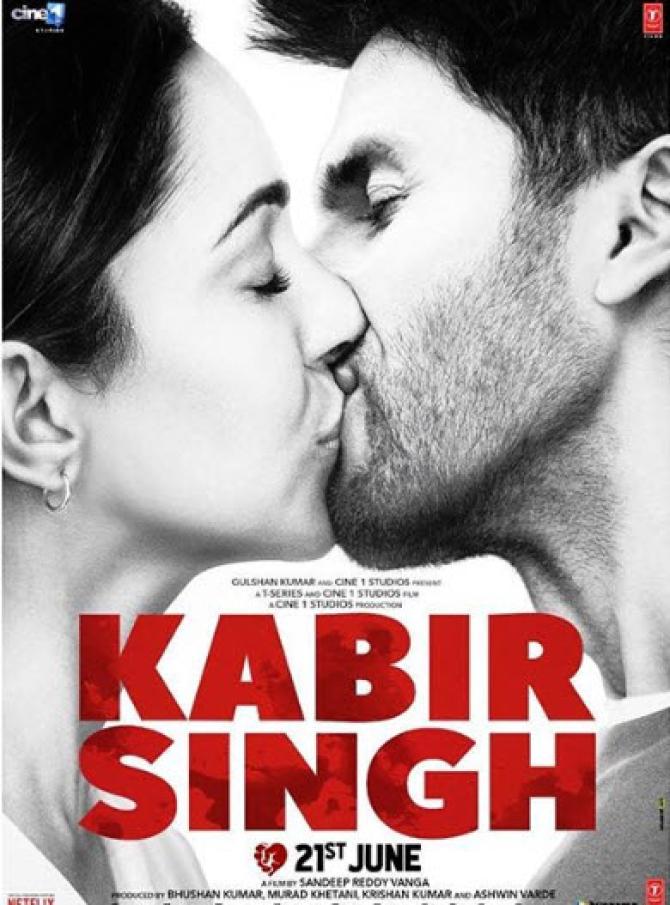 Sharing how he lost 14 kilos afterwards to look like a college boy, Shahid retorted, “I wanted to look boyish for the younger portions to play a medical student. I didn’t want a perfect body; one that was manicured or chiselled because that’s not how college-going boys look. Seventy-five per cent of what you eat depends on your diet. I don’t drink alcohol and am a vegetarian. Generally, I live a healthy lifestyle. To lose weight, I needed to severely cut the calories I consumed, and train harder. Even though we were training, the look was achieved more via the diet; not so much in the gym. We had two months to lose weight. I didn’t want to rush into anything since that is not healthy.”

Aren’t you guys excited to watch him in Kabir Singh? Do keep us posted!