Priyanka Chopra's brother attended Ambanis Ganesh Chaturthi celebrations with a south star and we cannot ignore how cute the two looked as they twinned for the night. Looks like something is cooking! 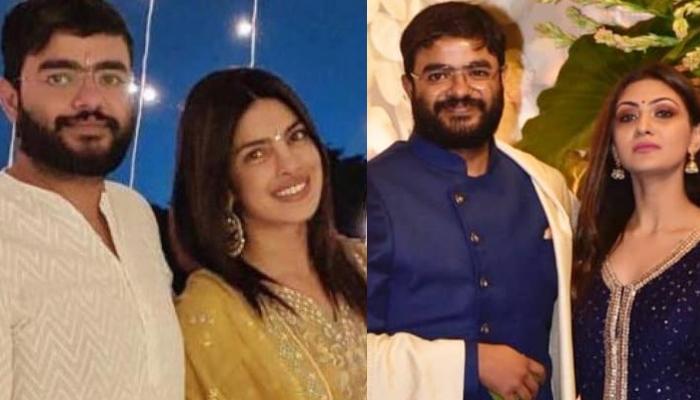 It is that time of the year when our favourite Ganpati Bappa enters our abode and give us a chance to worship and celebrate his birth. The entire nation is busy humming 'Ganpati Bappa Morya, Ganpati Bappa Morya' and enjoying the yummy modaks. And the Tinseltown celebrities aren't far behind, but the biggest Ganesh Chaturthi celebrations were hosted by Asia's richest family, 'The Ambanis'. (Recommend Read: Rishi Kapoor Leaves New York On His Birthday With Neetu Kapoor, Will Be Back Home In Mumbai Soon)

From Ranbir Kapoor and Alia Bhatt's in-love entry to the venue to Nita Ambani's bond with her future bahu, Radhika Merchant won many hearts. And we were hooked to our Instagram feeds to see who's who of the B-town coming together to show their love for Ganpati Bappa. Another highlight of the night was when Priyanka Chopra's brother, Siddharth Chopra attended the ceremony with a gorgeous company.

Everyone else referred to her as the mystery girl, but her identity has been revealed by media portals. The lady is a south actress, Neelam Upadhyaya and is a popular name in the industry. Another fact that gained a lot of attention was how cute the duo looked when they posed for the shutterbugs. Also, we couldn't help but notice that Siddharth and Neelam were twinning in navy blue ensembles. While the actress wore an anarkali, Siddharth opted for matching asymmetrical kurta. Check out the picture below:

For those who don't know, Siddharth has made headlines a couple of months ago when his marriage was called off with ex-fiancee, Ishita Kumar. The two had an intimate engagement ceremony and were even supposed to get married in the last week of April 2019. But things didn't work out between the two and they parted ways. (Also Read: Kalki Koechlin Confirms Her Relationship With Her Rumoured Boyfriend, Posts An Adorable Picture) 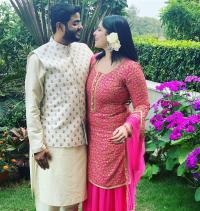 In an interview with the Bombay Times, Priyanka's mother, Madhu Chopra had revealed the details of the postponed wedding. She had said, "We are disappointed but what can you do when a person is unwell? We wish Ishita a speedy recovery." Later, in an interview with SpotboyE, she had shared the real reason behind it, "My son Siddharth said he was not ready for marriage yet. He explained he needed more time." 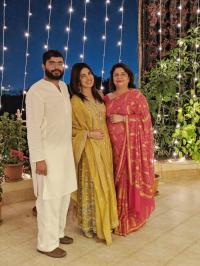 This wasn't the first time when Siddharth's marriage was called off. Prior to Ishita, the star brother was in a serious relationship with long-time girlfriend, Kanika Mathur and they were supposed to get married in February 2015. But God had different plans and the couple had parted ways just before the wedding. However, a source close to the family had said, “Siddharth wants to concentrate on his career and his new venture (a pub-lounge in Pune). Pushing it ahead was a big decision for both the families. Priyanka is also not in the country at the moment and the wedding cannot take place without her.” (Don't Miss: Faisal Khan's GF, Muskaan Kataria Gets Emotional On Sudden Exit From Nach Baliye Due To His Injury)

Well, we hope this time Siddharth has found the right girl!